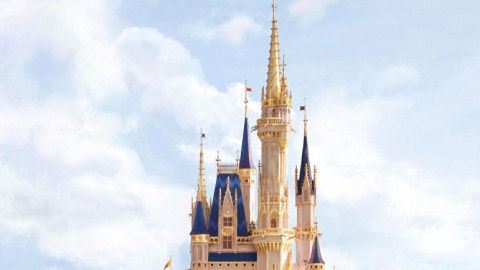 The best theme park attraction of all time. What would it take to earn the title?

In its more-than-six-decade history dating to Disneyland's 1955 opening, the modern art of Imagineering has developed in fits and starts, yielding hundreds and hundreds of noteworthy and nostalgic rides across modern theme parks. For that reason, we won't even dare attempt to pit Walt's golden age classics against today's multimedia E-Tickets, or to foolishly compare incomparable experiences.

But it did get us to thinking... In those eras of growth and transformation in the industry, which ride is the best representative of every decade from the 1950s to the 2020s? For each, what's the single most iconic, memorable, and beloved attraction that also definitively speaks to the state of themed design? Today, we'll walk down the timeline from the 1950s through today. For each decade, we'll list our own personal nominees before bestowing the decade's "best attraction" award.

Agree? Disagree? What did we miss? Let us know in the comments below if you think we got these Rewind Awards right on or not...

How could it be possible to choose just one attraction created during the early years of Disney Parks? Back then, Disneyland was all there was; a single theme park still presided over by Walt Disney himself, and every attraction therein was an experiment. Disney’s designers were literally making up the rules as they went, creating precedents observed to this day like Main Streets, hubs, castles, the DISNEYLAND RAILROAD, and more.

In fact, we recently took a look at the surprisingly robust collection of Opening Day “Original” rides still operating at each Disney Park, with Disneyland’s ranging from the relatively simple, classic, blacklight cutouts of Fantasyland’s dark rides (like SNOW WHITE'S SCARY ADVENTURES, MR. TOAD'S WILD RIDE, and, later, ALICE IN WONDERLAND) to the groundbreaking and showshopping JUNGLE CRUISE – all worthy nominees.

Before the decade was out, Disney Parks history was changed with the debut of the E-Ticket, producing MATTERHORN BOBSLEDS, SUBMARINE VOYAGE, and the DISNEYLAND MONORAIL, each a contender for the best ride of the ‘50s. Though those three showstoppers ended the ‘50s with a bang (and a hint of what was to come the next decade), we have to select for our 1950s champion a ride that’s both representative of the era and a treasured classic.

THE BEST RIDE OF THE 1950s: It has to be PETER PAN'S FLIGHT. An absolutely evergreen, timelessly beloved Fantasyland original, Peter Pan’s Flight has been copied to almost every Disney "castle park" on Earth. The suspended dark ride effortlessly carries guests over a miniature, moonlit London and straight on till morning, poetically soaring around fantasy scenes inspired by the 1953 film.

Things get significantly harder in the 1960s given that it may very well represent the classic height of Imagineering. I mean, the decade started off with 1960’s MINE TRAIN THROUGH NATURE'S WONDERLAND, a Marc Davis-produced Old West alternative to the Jungle Cruise. We can also count among the decade’s triumphs the debut of Audio-Animatronics in THE ENCHANTED TIKI ROOM. Soon after, Disney’s designers headed East to the 1964-65 New York World’s Fair, creating generation-defining attractions like Great Moments with Mr. Lincoln and “IT'S A SMALL WORLD,” in the running for the decade’s most well-known classic.

After their return from New York, designers got to work on two of the most beloved lands Disney’s ever designed. For the mid-century masterpiece New Tomorrowland, they created Walt's “world on the move” brought to life by ADVENTURE THRU INNER SPACE, CAROUSEL OF PROGRESS, and THE PEOPLEMOVER.

Meanwhile, just across the park, New Orleans Square was taking shape, including the two attractions that would be Walt’s living legacy. To that end, the HAUNTED MANSION is essentially a masterwork showcasing all of the advancements Imagineering made in the 1960s, from Audio Animatronics to the Omnimover; a rich, decadent, and theatrical production that will forever stand the test of time as an icon of Disney design and storytelling. But it’s not our choice for the best of the 1960s… That honor must go to its neighbor.

THE BEST ATTRACTION OF THE 1960s: No question here: PIRATES OF THE CARIBBEAN. Often called Walt’s “magnum opus” (despite the fact that he passed away before its completion), Pirates is a larger-than-life tour de force in the Disney Parks playbook. Often imitated but never duplicated, Disneyland's ride is the pinnacle of Imagineering’s 1960s heights; a masterpiece whose DNA was formed by Walt and his original cast of designers. Its Audio Animatronics, ride system, music, costuming, set design, and experience are all top notch, and even fifty years later, it’s often regarded as the best classic dark ride on Earth, period.

The 1970s are often recalled as a dark time for Disney. Without Walt’s visionary leadership and with the list of projects he’d begun being checked off one-by-one, there was debate about how to continue. With failing finances at the box office, the company’s future looked increasingly dim. So once Magic Kingdom was finished (albeit introducing a few standout attractions exclusive to the resort, like the COUNTRY BEAR JAMBOREE, IF YOU HAD WINGS, THE MAIN STREET ELECTRICAL PARADE, and the beloved 20,000 LEAGUES UNDER THE SEA), Imagineering’s ambitions were downsized.

The 1970s are often remembered for being an era of relatively inexpensive thrill rides meant to compete with the growing market of seasonal amusement parks opening across the United States. The perfect example of this phenomenon are the plans for the never-built Possibilitylands: Discovery Bay and Western River Expedition, grand, cinematic, and ambitious ‘60s-style additions that, by the decade’s end, had both been whittled down to BIG THUNDER MOUNTAIN RAILROAD. Sure, the runaway mine train roller coaster is itself a fan-favorite, but it clearly represents the preferred direction for the era.

THE BEST ATTRACTION OF THE 1970s: In that way, there’s no better attraction that speaks to the highs and lows of the 1970s like SPACE MOUNTAIN. The interstellar roller coaster earned its own, in-depth feature here precisely because it stands as an ultra-simple yet evergreen emblem of mid-century design. Space Mountain shaped and was shaped by the Space Age and an optimistic, geometric future that never came to be, and remains an icon of Disney Parks the world over, earning its own in-depth Modern Marvels: Space Mountain Imagineering insider feature.

The 1980s may be one of the most divisive eras in Disney history… which makes perfect sense given that it was a decade of extremes.

The first half of the ‘80s saw the opening of EPCOT Center, a sort of “Hail Mary” attempt to right the sinking studio by trying something enormously different. And boy, was it different. The park’s celebrated Future World offered a lineup of science-and-industry centered pavilions, each offering attractions matching the magnitude of SPACESHIP EARTH.

Each was focused on telling the stories of humanity through the lens of its industrious concept... and each has since earned its own in-depth Imagineering entry here. UNIVERSE OF ENERGY, WORLD OF MOTION, JOURNEY INTO IMAGINATION, and THE LIVING SEAS were intellectual, informative, forward-thinking dark rides through time, returning to the long-lost scale of the ‘60s while entirely redefining Disney Parks for a new generation.

In 1984, Disney time resets to the year 0 AE – After Eisner. With a goal to completely reenergize Disney Parks (particularly around modern intellectual property), Eisner’s half of the decade is marked by a very different approach to Imagineering, including the infusion of pop culture (see CAPTAIN EO), big-budget thrills (SPLASH MOUNTAIN), and a flair for the cinematic (the opening of the Disney-MGM Studios and THE GREAT MOVIE RIDE) – any of those three could stand among the most representative Disney attraction of the '80s in its own way.

In other words, though many additions in the ‘80s were surprisingly big budget and epically-scaled, there’s a duality to them. Which leaves us no choice but to nominate two to share the trophy for this decade.

THE BEST ATTRACTION(S) OF THE 1980s:In one corner, we can’t help but hand the award to HORIZONS – an attraction that perfectly summarizes the brains and beauty of EPCOT Center and the early ‘80s at Disney. The "thesis" of EPCOT Center's Future World, Horizons didn't focus on a single topic of industry like its sisters. Instead, this capstone pavilion brought them together to present a picture of American life in the 21st century. Massively scaled, this "spiritual sequel" to Walt Disney's favorite attraction was both a look at the future and a throwback to the grand, Animatronic-packed dark rides of old, returning Disney Imagineering to the formula it knew so well.

Yet on the other hand, we have an attraction that pushed Disney forward: STAR TOURS. There's no denying that this cutting-edge simulator is peak-'80s in that it perfectly exemplified and birthed Michael Eisner’s “Ride the Movies” era to come while simultaneously kicking off the Age of the Simulator that continues unto today. And of course, the idea of stepping into pop culture settings and stories were merely beginning... Read on as we explore the definitive one best ride of the '90s, 2000s, 2010s... and 2020s...