With This Lost Legend’s Curtain Call, the Age of the Studio Park is Officially Over. 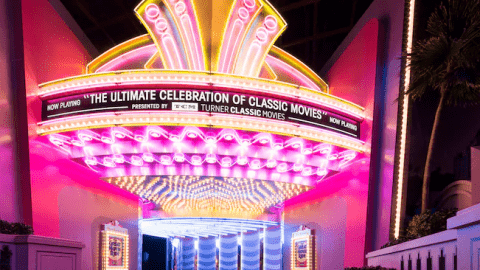 Now playing: “A Spectacular Journey Into the Movies!” A cast of thousands! A sweeping spectacle of thrills! Chills! Romance!

Almost unbelievably, the curtain has fallen on another epic, classic Disney dark ride. And so, our Lost Legends series gains a new entry. For the past few years, Theme Park Tourist has been working to expand our library of Lost Legends, digging into the in-depth stories behind the most-missed classics. We’ve explored why Magic Kingdom sunk its classic 20,000 Leagues Under the Sea, saw why Disney's cancelled Beastly Kingdom became Universal's legendary Lost Continent, checked into California Adventure’s closed Twilight Zone Tower of Terror, braved the perilous streets of New York aboard Kongfrontation, and literally dozens more. 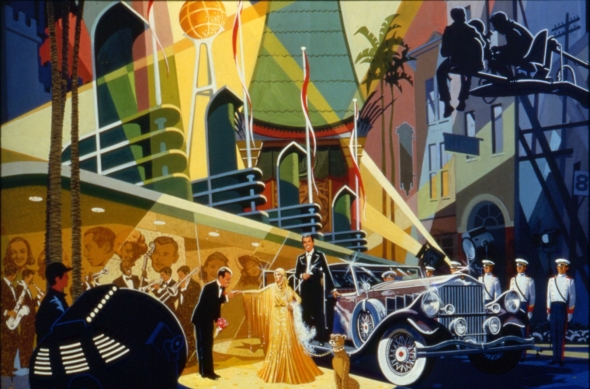 Through telling these in-depth stories, we hope to collect your memories and thoughts to preserve these ride experiences for a new generation of Disney Parks fans who just won’t understand what the big deal was about The Great Movie Ride. That’s why – today – we’ll explore the history of this cinematic wonder and tell the almost unbelievable story of how it came to be; then, we’ll take a ride through its hallowed halls, dissect the places it was almost duplicated, and look to the future of Disney World’s Hollywood-themed park.

For those new fans’ sake and ours, we need to start at the beginning… 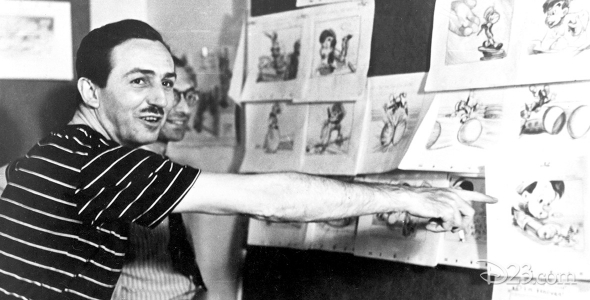 Walt Disney passed away unexpectedly in 1966.

Fifteen years later, the company and the public continued to mull over the same fundamental question: “Should there even be a Walt Disney Productions without Walt Disney?”

That’s because – through the 1970s and early ‘80s, Walt Disney Productions had withered into a shadow of its former self. Year after year after year, Disney just couldn’t seem to get traction at the box office with forgettable and poorly received films like The Cat from Outer Space, The Watcher in the Woods, Herbie Goes Bananas, and The Black Hole. 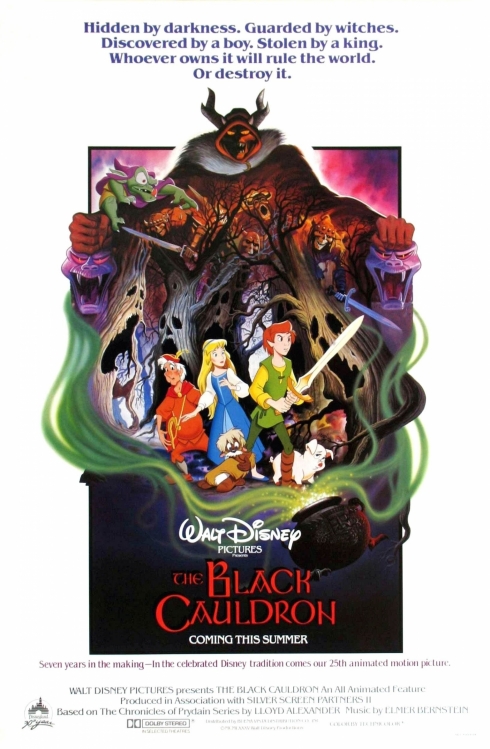 The once-golden animation studio entered into a dark age, releasing poorly received animated films that failed to meet the high water park set by the studios’ earlier entries, which were already classics… Films from Robin Hood to The Black Cauldron and Oliver & Company simply weren’t hits.

As a result, Disney’s theme parks were stagnating; being left behind as remnants of a bygone era.

Imagine the implications of this: people during this time simply couldn’t have known that Disney would make a comeback and become a household name and hit-maker once again. To them, Disney was an afterthought; a tarnished brand whose best days had been in the past; an unfortunate footnote in a history book of a company whose founder had been too essential to survive without.

Through the ‘70s and ‘80s, Walt Disney Productions endured a number of takeover attempts from outside firms and conglomerates who would’ve likely stripped the company bare and split its assets among subsidiaries. However, shareholders Sid Bass and Roy E. Disney (Walt’s nephew) had a plan… they ousted CEO Ron Miller (Walt’s son-in-law) as president and CEO and brought in someone new… 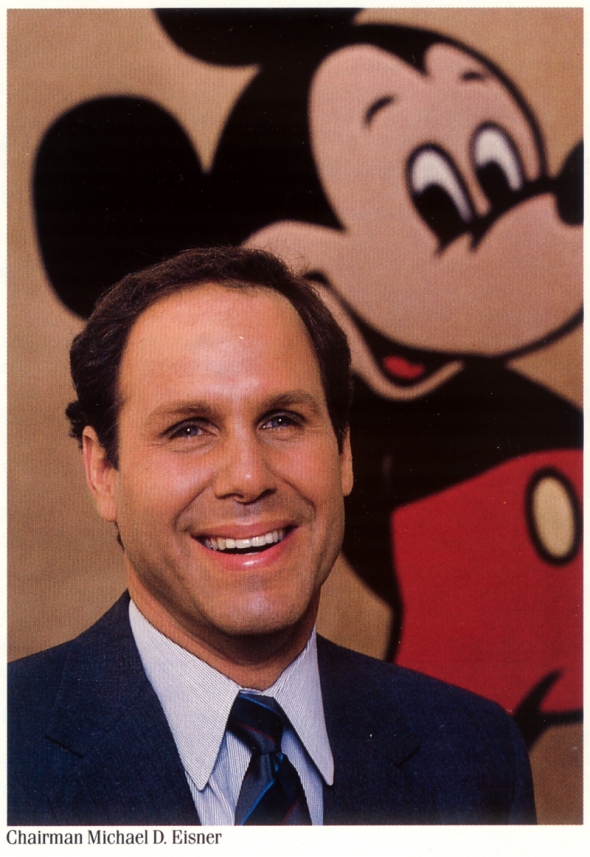 Michael Eisner may be a divisive figure among Disney fans, and that controversy is earned. Today, Eisner’s legacy is inextricably tied to his final years as CEO when he cut budgets to bare minimums, opened creatively-starved low-cost parks, churned out horrible direct-to-video sequels to Disney classics, inadvertently created Dreamworks Animation, nearly turned Pixar into a competitor, and surrounded himself with penny-pinching yes-man executives. Eisner’s reign got so bad, Roy E. Disney turned right around and started the “Save Disney” campaign, pressuring the board (and the public!) to rally against Eisner – the man Roy had recommended for the job!

But when he came on board in 1984 (straight from being the CEO of Paramount Pictures), Eisner was the perfect figure to take control of Disney. From the start, he set out to transform Walt Disney Productions. First, he renamed it The Walt Disney Company, signifying the way Disney would grow into a massive, international, multi-media organization we know today…

Much more than movies, Disney is a media juggernaut today because of Eisner – he led acquisitions of ABC, Miramax, ESPN, Saban Entertainment, and The Muppets; he set up strategic partnerships with Pixar, Paramount, and Lucasfilm; most importantly, he used his cinematic experience to rejuvenate Disney’s studios, kicking of the “Disney Renaissance” where the company produced hit after hit after hit, infallible at the box office from The Little Mermaid, Aladdin, and Beauty and the Beast to The Lion King, Mulan, and Pocahontas.

And Eisner was determined to give Disney Parks the update they needed, too. And naturally, he believed movies were the way to do it. Walt had supplied Disneyland with the stories and characters that touched his generation – Tom Sawyer, Peter Pan, The Lone Ranger, Alice in Wonderland… Now Eisner would insert the stories and characters that mattered to a new generation! 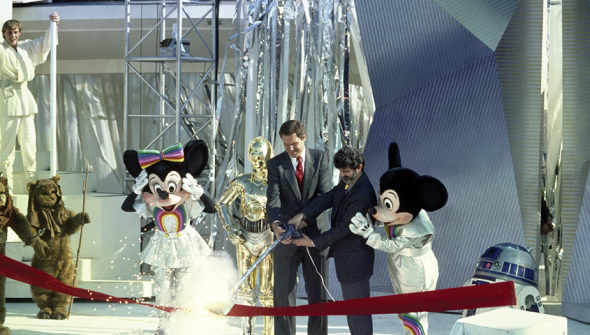 Problem is, Disney wasn’t making many generation-defining films at the time… which is why Eisner quickly joined up with someone who was. Filmmaker George Lucas came aboard to inject some stars and pop culture into the parks with Lost Legends: STAR TOURS Captain EO, and later appearances by Indiana Jones and Alien Encounter.

Though they weren’t Disney stories, they were the defining stories of a generation. That made them unexpectedly at home among Disneyland's classics, and they helped set Disney Parks on a new, cinematic route… and in that regard, Eisner was just getting started.

Great Moments at the Movies

If things had gone according to plan, Eisner would’ve overseen an entire pavilion added to EPCOT Center dedicated to the filmmaking industry (raising “movies” to the level of Imagination, Energy, Life, The Seas, and other landmark pavilion concepts)! 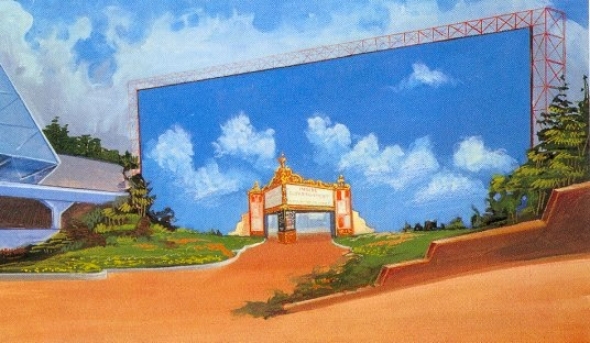 Like most of EPCOT Center’s pavilions, this one (located between Imagination and The Land) would’ve revolved around a massive dark ride through the greatest licensing-accessible scenes in Hollywood history. This so-called Great Moments at the Movies would’ve been an epic attraction on par with EPCOT Center’s opening-day Lost Legends: World of Motion, Journey into Imagination, or Universe of Energy.

As the concept grew, it became conceivable that the history of filmmaking and a look into Hollywood hits could actually outgrow an EPCOT Center pavilion… as a matter of fact, it might be a topic worthy of an entire park. 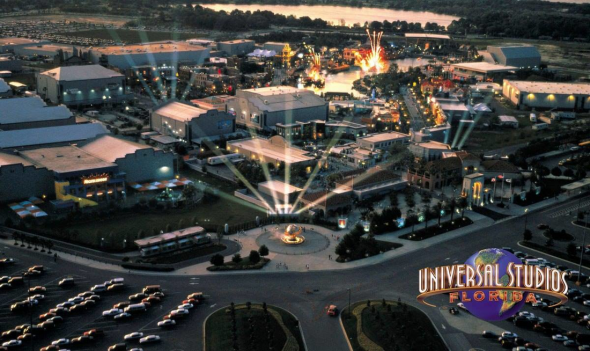 Coincidentally (or maybe not), Eisner had allegedly overheard during his time at Paramount that Universal Studios was looking to build a Floridian version of its famed Studio Tram Tour right in Disney World’s backyard. If Eisner could get a Disney studio park off the ground quick enough, it might even be a preemptive strike to keep Universal out of Florida!

There was just one problem… Universal’s catalogue included a litany of hits both classic and contemporary… a decades-long library from silent films to modern hits; from the Universal Monsters (Frankenstein, Dracula, The Wolf Man, and The Mummy) to recent hits like King Kong, Jaws, Earthquake, Back to the Future, and more. Universal’s brand, then, was tied not only to hit movies in theaters today, but to that heralded history of Hollywood; the Golden Age of cinema, silver screen stars, and the storied process of filmmaking. Disney? Not so much. A tarnished brand with limited historical significance, no current hits, and seemingly little on the horizon, a park relying only on Disney’s name and characters wouldn’t be enough. 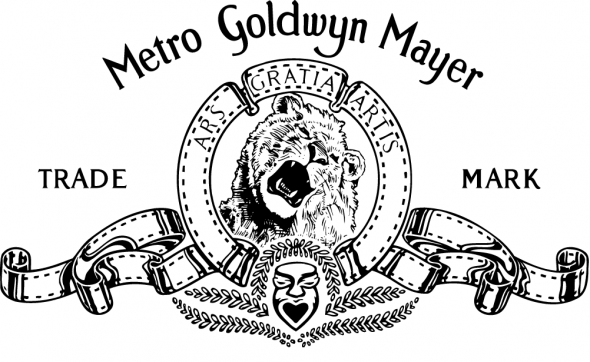 In the 1980s, Disney was a shadow of its former self. So was Metro-Goldwyn-Mayer (MGM). The difference is, MGM had that legacy that Disney lacked. Even more than Universal, MGM was synonymous with the great, Golden Age classics. And given that MGM was in dire financial straits, they were willing to make Disney a deal.

In 1985, Disney and MGM entered into an unprecedented licensing agreement whereby Disney would acquire the worldwide, global rights to use “MGM” and its logo, brand, and name in association with a new theme park: The Disney-MGM Studios. Eisner himself said in his 1998 book Work in Progress, "In June 1985, we signed an agreement that gave us most of everything we sought, including perpetual rights to use much of MGM’s library and its logo for a very modest fee. For reasons that remain a mystery [MGM CEO, billionaire Kirk] Kerkorian was told about the deal only as it was being signed.” Kerkorian was apparently furious that MGM had sold off its greatest asset – its name and brand – to a competitor for a relatively small fee.

In The Disney Touch by Ron Glover, it's reported "Under the 20-year agreement, Disney was to pay only $100,000 a year for the first three years and $250,000 for the fourth year. The annual fee would increase by $50,000 in every year thereafter, with an eventual cap of $1 million for the yearly fee." That's nothing for an entity the size of the Walt Disney Company, especially in exchange for nearly limitless catalogues of classic Hollywood movies and a competitor's brand. 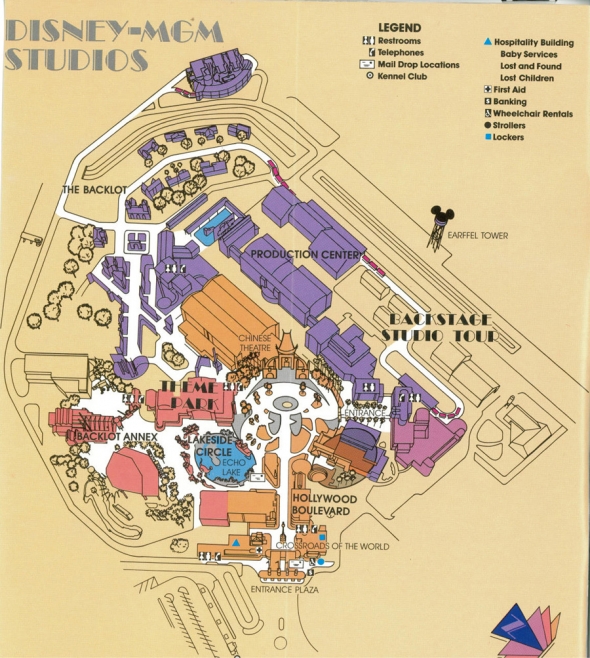 MGM would later turn around and sue Disney over the agreement, but it was too late. The Disney-MGM Studios theme park opened May 1, 1989 as Walt Disney World’s third gate. (Interestingly, MGM would go on to build its own movie-themed amusement park, MGM Grand Adventures, at their MGM Grand hotel and casino in Las Vegas in 1993. Almost unbelievably, Disney would countersue MGM, claiming that by using their own name in association with their Las Vegas theme park, MGM violated Disney’s worldwide, global rights to use “MGM” in association with theme parks and risked harming Disney’s reputation!)

The Disney-MGM Studios was opened with Eisner on hand. The park was distinctly divided into two sections, as per Eisner's dedication. He called for the Disney-MGM Studios to be "dedicated to Hollywood —not a place on a map, but a state of mind that exists wherever people dream and wonder and imagine..."

...a place where illusion and reality are fused by technological magic...

...We welcome you to a Hollywood that never was—and always will be.

Second (and much less significant), the rest of the park was a more proper pedestrian-friendly “theme park” that, at least briefly, dispensed with “behind the scenes” and instead offered a celebration of the Golden Age of Hollywood. While visitors to Magic Kingdom enter on the lovingly recreated turn-of-the-century Main Street, U.S.A., the entrance to Disney-MGM Studios was a similarly authentic Hollywood Blvd. of even grander scale. 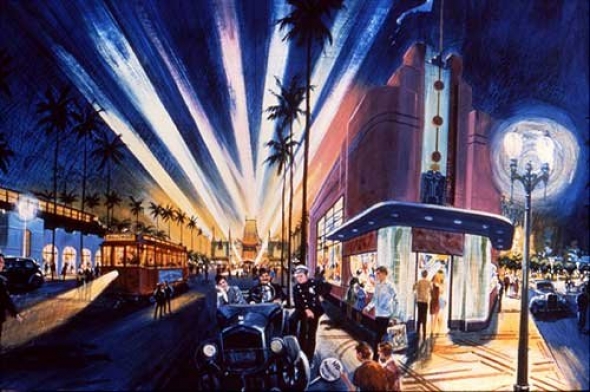 And that’s where our story really picks up… because like Cinderella Castle at the end of Main Street, the Studios’ Hollywood Blvd. ends at the towering, beautiful, magnificent park icon: an astounding recreation of Hollywood’s Chinese Theater. And inside that would-be park icon was the epic dark ride through the movies that would’ve and could’ve felt right at home among Epcot’s best… a ride that expertly fused the park's "behind-the-scenes" mantra with a celebration of Hollywood's best.

Ready to journey into the movies? Read on…