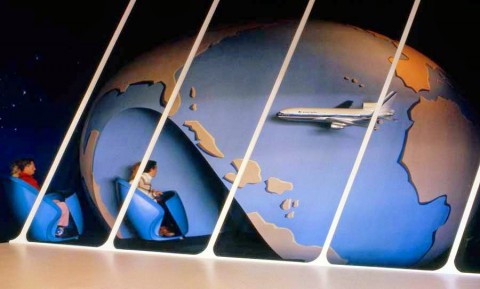 When you think of Disney’s most classic, beloved dark rides, which come to mind? More than likely, what you’re picturing falls into one of two broad categories: the fantastical storybook adventures common of Fantasyland (rides like Peter Pan’s Flight, Pinocchio’s Daring Journey, and “it’s a small world” or Lost Legends: Snow White’s Scary Adventures and Mr. Toad’s Wild Ride) or the grand, elaborate, inspiring adventures of EPCOT Center (from Spaceship Earth and Universe of Energy to another set of Lost Legends: Horizons, World of Motion, and the celebrated Journey into Imagination).

One you may not consider, however, is one that perfectly bridges the gap between the two styles… a gentle, whimsical, sing-along family ride through the wonders of air travel. Often overlooked amid the collection of closed classics, If You Had Wings in Magic Kingdom’s Tomorrowland was no less magical than Fantasyland’s best, and no less educational than EPCOT’s headliners. In fact, this free-flying family ride – one of the first ever installations of a cutting-edge Disney ride system – actually shaped the fate of EPCOT’s originals!

Today, our Lost Legends series takes flight to explore a beloved-and-lost favorite that spent two decades at Magic Kingdom before falling to a “cartoonification” that mirrored the fall of the EPCOT rides it inspired. 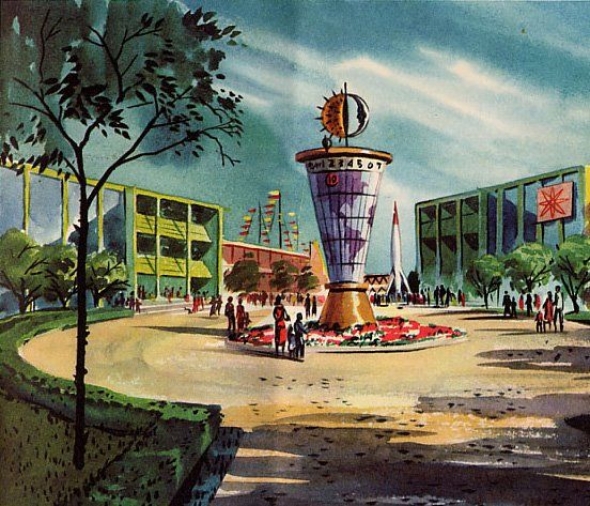 Though it may be most closely associated with EPCOT Center (given that Walt Disney World’s second theme park intentionally mirrored the style of a World’s Fair, bringing on mega-corporations to foot the bill for industry-related pavilions), sponsorship was an integral part of Disney Parks from day one.

When Disneyland opened in 1955, for example, nearly every attraction guests could visit in Tomorrowland was a sponsored showcase of emerging products from American companies. From the Kaiser Hall of Aluminum and the Monsanto Hall of Chemistry to the Dutch Boy Color Gallery and even the Crane Company Bathroom of Tomorrow, companies acted as “lessees,” renting space in the park to showcase their industry innovations.

To be clear, that had never delighted Walt. He considered this corporate showcase Tomorrowland “not yet complete,” as it didn’t live up to his dedication calling for the land to be a “vista into a world of wondrous ideas, signifying Man’s achievement” showcasing “new frontiers in science, adventure, and ideals.”

That’s why, as soon as he recouped some of the park’s initial cost, Walt’s first major project was to expand Tomorrowland. In 1959, three brand new attractions appeared on an expansion pad north of the land: Matterhorn Bobsleds, the Disneyland-ALWEG Monorail, and the Submarine Voyage. All three earned the newly invented “E-Ticket” designation, requiring the most expensive and limited ride ticket to board.

Consider, for our purposes, the Submarine Voyage. For audiences of the 1950s, this nautical journey was a sincerely futuristic endeavor, as the age of the atomic sub was the stuff of headlines… this was the future, and at Disneyland, you could live it.

In any case, even the 1959 addition of the Subs and company weren’t fulfilling enough for Walt. Though he never saw it completed, he worked tirelessly with Imagineers to design a “New Tomorrowland” that debuted in 1967, incorporating many of the attractions Disney had designed for the 1964 – 65 World’s Fair including the Carousel of Progress and a Lost Legend: The Peoplemover.

However, the land’s anchor was the long-promised journey into the Atomic Age that Walt had hinted at back in his 1955 dedication for the land. Lead by Claude Coats (enigmatic and storied Disney Legend, and thematic designer for the Haunted Mansion, Snow White’s Scary Adventures, and Submarine Voyage among a dozen more), designers built a cutting-edge, educational, deeply astounding Disney dark ride for New Tomorrowland that’s remembered today as a Lost Legend: Adventure Thru Inner Space. 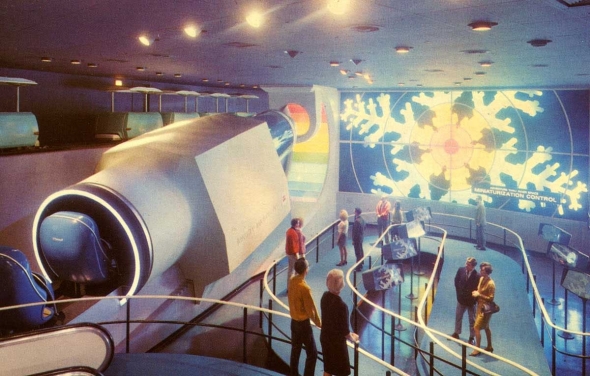 This closed classic also served as the debut of Disney’s patented Omnimover ride system, which we listed among the Seven Modern Wonders of the Theme Park World. Its continuously moving, constantly-loading, swiveling vehicles would later go on to be the lifeblood of the Haunted Mansion and most of those EPCOT Center classics. On Adventure Thru Inner Space, queuing guests would watch as the continuous stream of Omnimovers would immediately glide into the Mighty Monsanto Microscope and be "miniaturized" en route to a hydrogen atom.

As Disneyland debuted its New Tomorrowland ’67, work was getting underway on designing the “Disney World” planned for Orlando and its theme park, which would be very closely modeled after Disneyland and supersize many of California’s most popular rides for an international crowd. Given the chance to re-evaluate Tomorrowland, designers opted for a fresh start. That’s why the Tomorrowland that grew in the years following Magic Kingdom's 1971 opening didn't look exactly like Disneyland's. 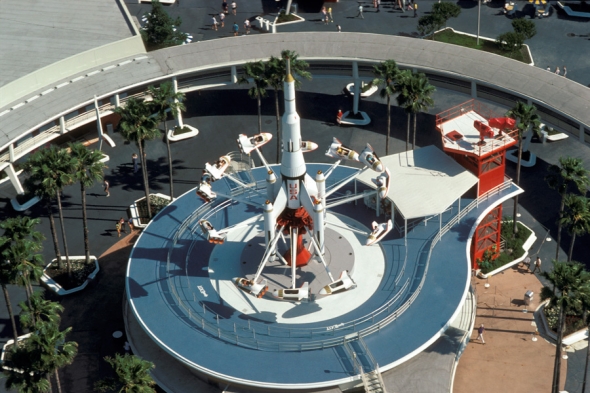 (One of the biggest omissions was Submarine Voyage, though for good reason: audiences of the 1970s would’ve been hard-pressed to understand submarines as the stuff of tomorrow. While Disneyland’s could be excused as a remnant from a bygone era, the inclusion of subs in a new, modern, 1970s Tomorrowland would’ve been laughable. That’s why designers – including Coats, and his twenty-something protégé Tony Baxter – were put to work redesigning the ride not as a futuristic feature, but as a fantasy one. The radical Lost Legend: 20,000 Leagues Under the Sea – Submarine Voyage opened with the park in Fantasyland.)

Though submarines might’ve been part of yesterday’s headlines, there was an industry of unprecedented growth and importance to Americans, and especially to Walt Disney World guests… an industry that literally made “the Vacation Kingdom of the World” possible: air travel. 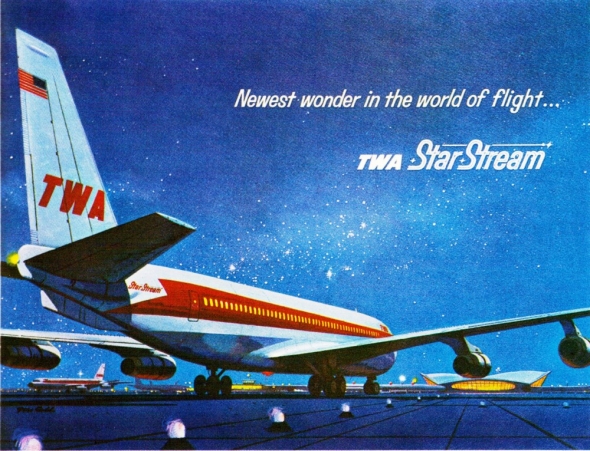 The 1960s had been the real, modern start of the Jet Age, when turbine-engine jet planes replaced propeller planes, revolutionizing the travel industry… and the social world.

Think about it: before the advent of the commercial jet plane, the only practical way to get between New York and London was an expensive, four-day boat ride. With the turbine engine, non-stop oceanic crossings took a matter of hours. An interconnected globe was a brand new concept, and the incredible possibilities opened new lines of communication, trade, and travel. For the first time in history, the entire planet was accessible to average Americans. 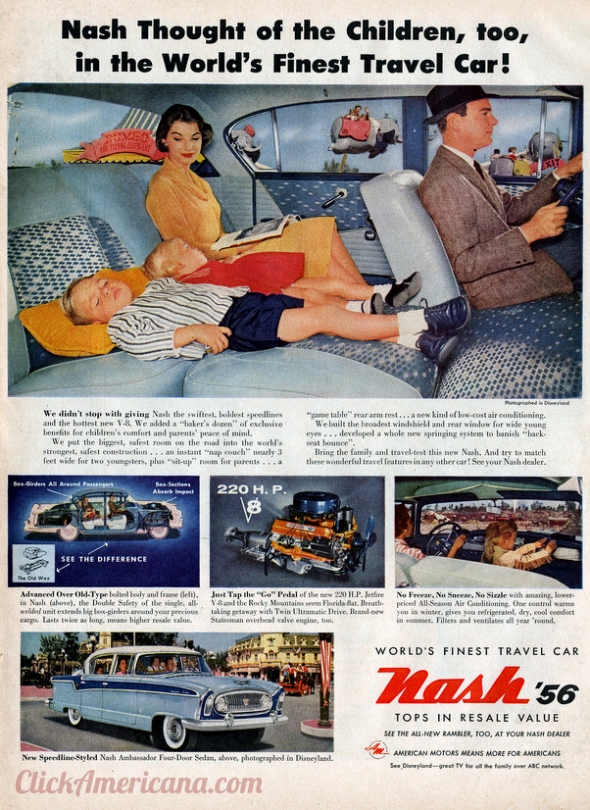 What's outside the window? Image: ClickAmericana.com

Though we sometimes lose this dichotomy today, consider how, in the 1950s, Disneyland was a “road trip” destination for the emerging middle class who, increasingly, owned automobiles. In fact, within a year of Disneyland's opening, the Interstate Highway Act was signed into law creating a family road trip destination for a generation.

And now, 1971's Disney World would be the next leap forward, connected to the country not via interstates, by via airlines – a radical evolution! 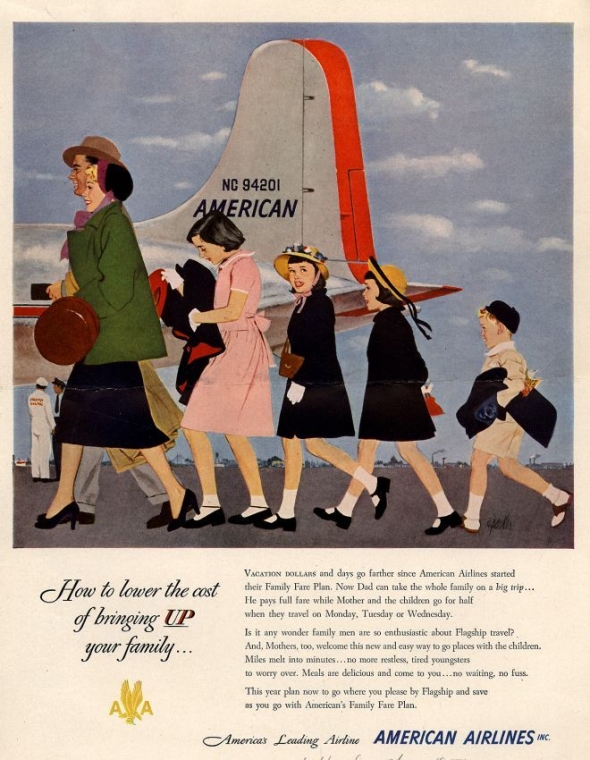 And thanks to these new, large commercial planes that could carry more passengers, airfares fell year after year, making flight accessible to a wide socioeconomic range.

(This new interconnectedness, by the way, is the same prologue to Hawaii’s statehood and the “Tiki Craze” that swept the country – the introduction to the fine-feathered feature of the Modern Marvel: The Enchanted Tiki Room.) 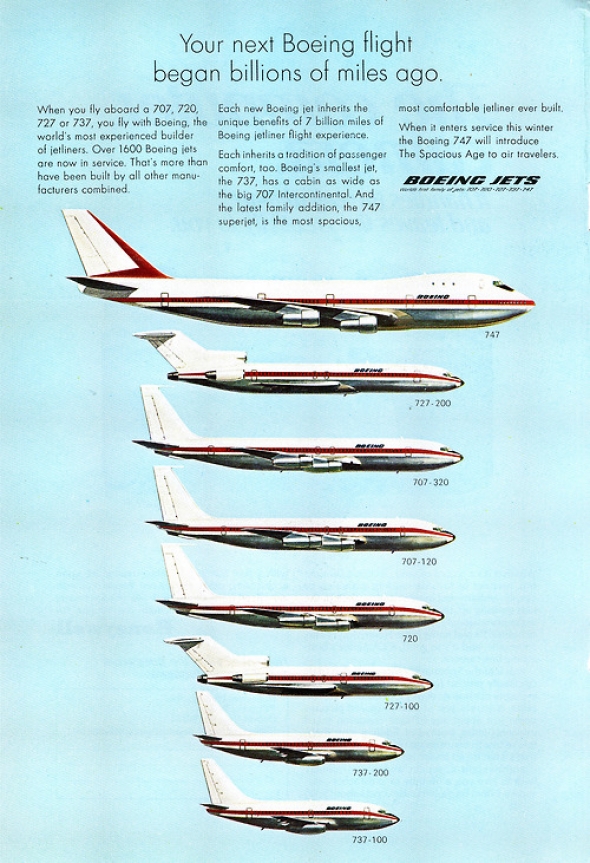 The 1969 arrival of the “jumbo jet” – the Boeing 747 – only brought aviation into pop culture even more, accelerating the industry as never before.

Now, Disney only needed to sign on a sponsor… Read on…

Thank you for this article. If You Had Wings was my fave ride of my Disney Parks childhood in the 70's & 80's. I also rode Dreamflight a lot, even though it was not as good, just because its lines were minimal. Buzz Lightyear is okay, although I don't really like playing games. I was glad you posted all the lyrics to "If You Had Wings" and rode us through a wordy recreation of the ride. It was so nostalgic. Besides that, even though it was my favorite and I have fond memories of it, I already forget a lot about what went on in that ride.

I loved this ride. It was quick to get on and you never felt like you were in line because the line was always moving. Plus, I remember that this ride did not require a ticket (back in the days when you bought packs of tickets). I remember getting off it and getting right back on.