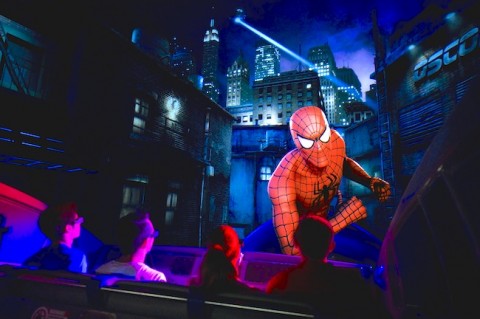 What do you think is the most technologically wondrous ride system out there?

So far, our Seven Wonders series has taken us across the globe as we've counted down the Seven “Natural” Wonders of the Theme Park World, exploring giant trees, canyons and mountain ranges that might just be too good to be true. Then, we witnessed the majesty of our Seven “Ancient” Wonders, exploring the temples, tombs, and ruins of the past brought to unimaginable life around the world.

But today, we’re going to peel back the scenery to reveal the Seven Modern Wonders of the Theme Park World. We’re counting down attractions (and more importantly, the technologies behind them) that truly redefined modern rides and the stories they tell. For each, we've made sure to link to a video that'll give you a good idea of how the ride works, too. 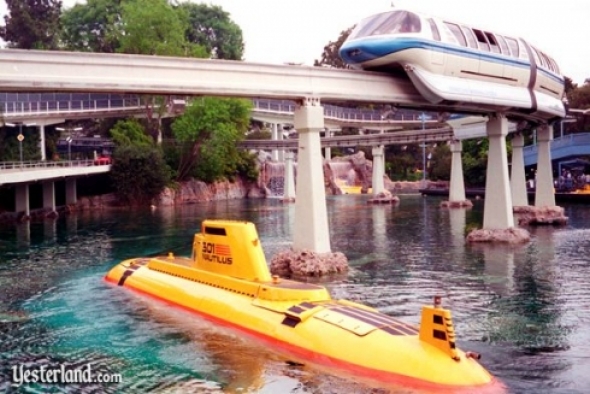 Opened the same year as the Monorail and the nearby Matterhorn roller coaster as a massive expansion to Tomorrowland, the Submarine Voyage was perhaps Walt’s pride and joy. His incredible fleet of submersibles included eight steel gray "nuclear" subs (each costing $80,000 in 1959). Walt often famously quipped that he had one of the world’s largest peacetime submarine fleets!

The unique attraction is really comprised of mostly-submerged boats (powered then by diesel, now by electric) where riders sit below the water level and look out through circular portholes. Innovative bubble screens and waterfalls convince riders of still-deeper submersions until the subs themselves enter into a massive show building to explore the depths where theatrical lighting and special effects took over. 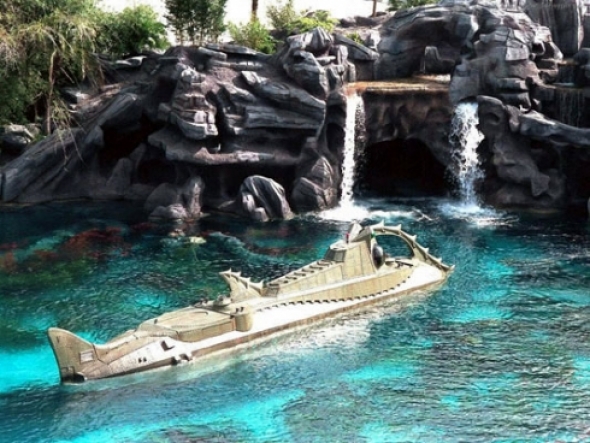 The attraction is infamously costly to run, and with an unfortunately low hourly capacity that lead to the unexpected closure of Magic Kingdom’s version of the attraction in 1994. Gone but not forgotten, the fan-favorite earned an in-depth entry in our series Lost Legends: 20,000 Leagues Under the Sea that dives into the full story of the sunken classic. Disneyland’s version of the ride seemed poised for a similar fate when it closed in 1998, but was mercifully resuscitated in 2007 as the Finding Nemo Submarine Voyage. Rumors consistently decry that the attraction’s days are numbered, but it remains a true engineering marvel and a reminder of the ingenuity of Walt and his team. 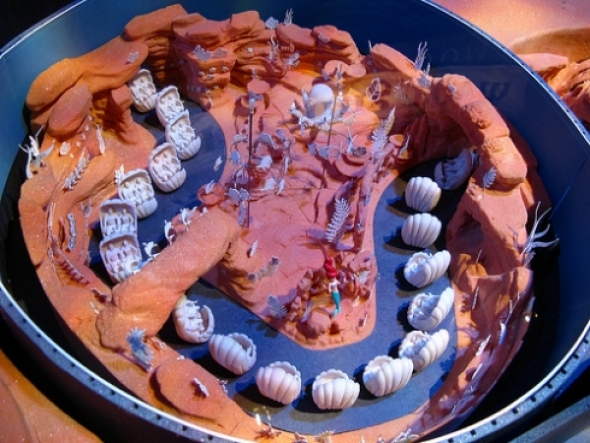 Omnimover systems propelled dark rides forward and into the future when they first arrived at Disneyland in the 1967 with the opening of another Lost Legend: Adventure Thru Inner Space, predating its most famous application – 1969's Haunted Mansion.

Soon after, the system became synonymous with the technological marvels of Epcot and its educational, epicly-sized dark rides like the immortal and unforgettable Lost Legends: Journey into Imagination and Horizons. Put simply: if you board a continuously-moving chain of vehicles, you’re probably stepping aboard an Omnimover. That constantly-loading chain will then slowly move through a dark ride at a continuous pace. Omnimovers are notorious “people-eaters” with massive hourly capacity, making them a popular installation. 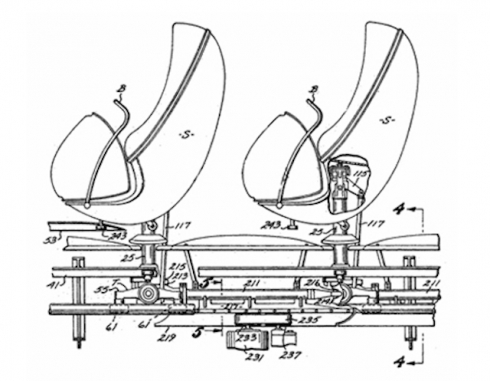 Even better, Omnimovers can rotate along the ride circuit, aiming guests’ vision and attention in whichever direction designers want, giving them the real-life power of a camera. Omnimovers are perfect for “passive” dark rides where you can sail past an elaborate scene as an observer. It’s lucky, too. After Walt’s death, plans for the Haunted Mansion stalled, with remaining Imagineers torn and arguing over its future, imagining it as a walk-through. After the high-capacity Adventure Thru Inner Space proved a smart way to move guests through a ride, the Omnimover was transplanted to Haunted Mansion and took off from there. 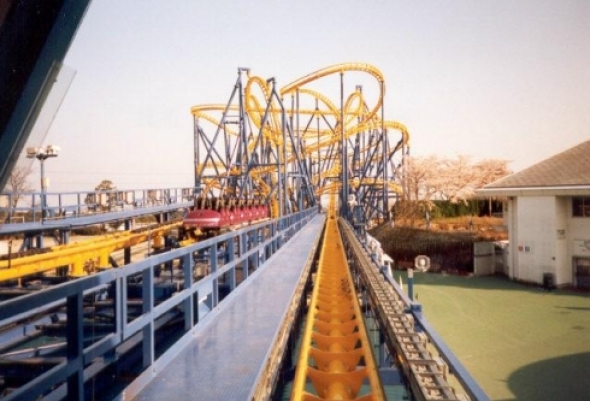 Launched roller coasters were nothing new, but before Premier Rides innovation of using LIM and LSM motor technology, launches were accomplished mechanically through winches that built up force, then unraveled to physically pull trains at sudden, enormous speed. In 1996, Flight of Fear at both Kings Island in Ohio and Kings Dominion in Virginia debuted Premier’s newest technology, using linear induction motors (LIM) to rapidly accelerate trains without making any physical contact with them, and without fraying launch cables or storing massive amounts of mechanical energy. 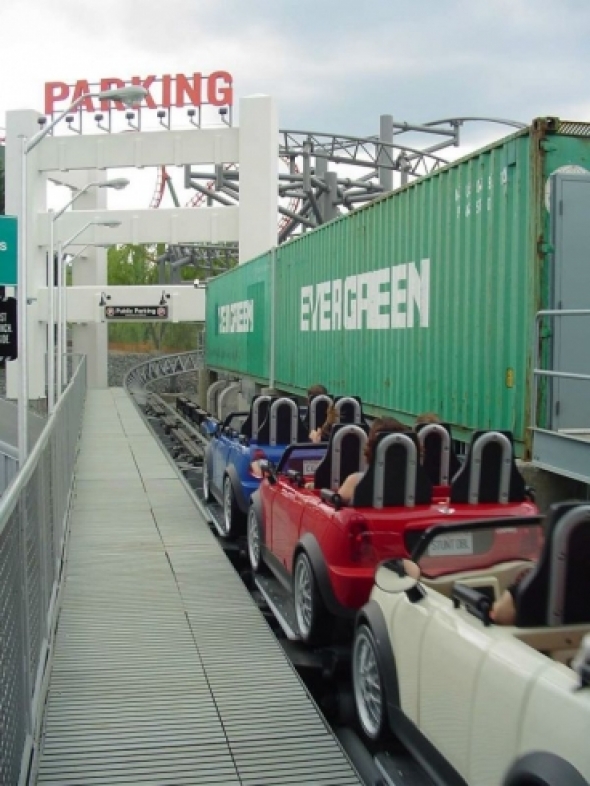 In short, LIM launches work by suddenly powering consecutive motors placed down the length of a track. Fins affixed to the train are magnetically, electrically attracted into slits on the motor ahead. As the train passes each motor, the motor’s magnetic pole reverses, repelling the train into the next motor. LIM technology has since become a go-to for roller coaster launches because it’s quiet (except for a pleasant and identifying electrical hum) and requires no wires or pulleys that can fray. It also allows for much smoother launches, and even launches-on-the-go, where trains roll into the motors and are propelled forward gradually or all-at-once while moving.

And don’t think the usefulness ends at massive speed blasts. Premier’s LIMs powers Universal’s Revenge of the Mummy coaster through its dark ride portion, too! By placing LIMs sporadically along the coaster’s track and providing low power, the ride is slowly paced through the dark ride portion until it hits the big time launch later on in the coaster’s circuit.