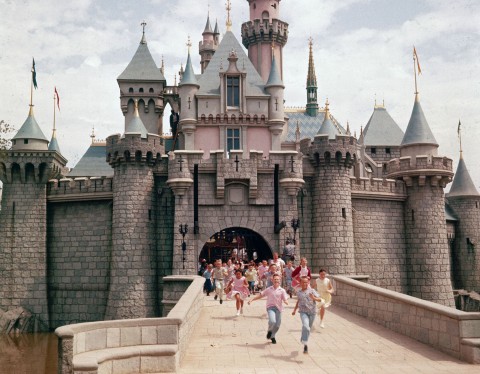 Here at Theme Park Tourist, we're always looking to see our favorite theme parks in new ways. That's why we reported (and continuously update) a number of sometimes-surprising features that just may have you seeing Disney and Universal parks differently...

For Imagineering afficianados, we've broken down Disney and Universal parks by the numbers in two must-read features that are downright surprising: we ranked Disneyland, Disney World, and Universal Orlando's parks by the number of certifiable "E-Ticket" anchor attractions each park offers (which do you think has the most? The least?) and, even more shockingly, broke it down to the sheer number of rides at each park... with some unexpected results...!

But today, in a nod to nostalgia, we're going to change the lens once again by asking, How many Opening Day "Originals" does each park still have? Naturally, the longer a park lives, the less likely it is to retain classic rides from its opening... right? In our list below, we'll go in order of each park's opening, spelling out all the rides and attractions each has preserved from its Opening Day (noting attractions that have been notably changed, relocated, or modified over the years with an asterisk for good measure). So, which park do you think has the most of its opening-day rides left? And can you guess which park has none of its originals remaining?

Given that Walt’s original Disneyland is more than six decades old, it’s a real feat that so many of its Opening Day attractions remain today (many modified or rebuilt, of course), including its three original Fantasyland dark rides. Astoundingly, if we were to expand our view by a year, we’d also see Casey Jr. Circus Train, Dumbo the Flying Elephant, Rafts to Tom Sawyer Island, Storybook Land Canal Boats, and the Explorer Canoes that all also remain to this day.

In a sweet tribute to these Opening Day classics, one vehicle of each was painted gold for the park’s 50th Anniversary in 2005 – one gold Dumbo, one gold Autopia car, one gold pirate ship… The short-lived celebration was a sweet and nostalgic (but rare) time that Disney has intentionally highlighted rides remaining from 1955 – a nod to history we’d like to see more of!

For better or worse, Disneyland is a park steeped so heavily in history and nostalgia, most any attraction that’s graced its hallowed property is automatically elevated to a classic, giving designers little flexibility when it comes to replacing rides. Still, the survival of so many authentic “Walt Disney originals” makes Disneyland a treasured and beloved favorite with plenty of attractions and experiences that Disney World fans should be jealous of.

It’s really not surprising that Magic Kingdom contains as many classics as Disneyland. After all, Magic Kingdom’s Opening Day lineup was essentially a best-of-Disneyland-1969 showcase copied-and-pasted to Florida. Even then, there were infamous omissions (like Magic Kingdom opening without a Pirates of the Caribbean clone), but by the nature of borrowing from the tried-and-true classics Disneyland had developed in the fifteen years between parks, Magic Kingdom counts attractions like Enchanted Tiki Room, Haunted Mansion, and “small world” among its Opening Day lineup – attractions that were piecemeal brought to Disneyland years into the park’s running.

Like its older sister, Magic Kingdom is somewhat bound by nostalgia as Disney World’s “classic” fairytale park, but altogether the Florida parks are much less hampered by history. Without Disneyland’s highly local (and highly vocal) guests as its base, Magic Kingdom has closed its share of Opening Day attractions, chronicled in our Lost Legends: 20,000 Leagues, Snow White’s Scary Adventures, If You Had Wings, and Mr. Toad’s Wild Ride features.

Disney World fans know all too well that Epcot is a park in perpetual transition, with its pavilions continuously evolving and rewriting themselves. Still, it’s a bit astounding that, in its nearly-40-year history, Epcot has shed every single one of its fabled opening day rides… except two. And technically, both Living with the Land and Spaceship Earth have been subject to substantial re-writes and reimaginings over their lifetimes, culminating in an upcoming shift to the latter expected to be radical enough to remove it from this list.

Meanwhile, Epcot’s complex evolution has produced the very painful-to-read list of Lost Legends: Universe of Energy, Body Wars, Horizons, World of Motion, Journey into Imagination, Kitchen Kabaret, and The Living Seas; starring rides of its eventual ‘80s pavilion pinnacle before the park’s intellectual foundations began to crumble in the ‘90s.

2020 promises to be a year of hard work for Epcot, which should emerge out of its cocoon this decade with a fresh identity that embraces its optimistic ‘80s roots and a handful of new (character-focused) headlining attractions. Will the “new” Epcot’s "Re-Opening Day" lineup be better than its Opening Day originals? That’s a question fans will debate for a long time.

Not only did this movie-themed park lose its name and identity over the course of its lifetime, it also lost its original rides. Yep... The number of attractions left from Disney’s Hollywood Studios’ Opening Day? Zero.

That’s not surprising given that when the park opened, it was almost-unbelievably small (with only modern day Hollywood Blvd. and Echo Lake open to pedestrians) and only two rides – the Lost Legend: The Great Movie Ride (anchoring the park’s pedestrian-friendly half, dedicated to the romanticism of Hollywood) and the Declassified Disaster: The Backstage Studio Tour (meant to whisk guests into the “real, working” movie studio that never really worked). Since both are gone, that leaves… well… zero.

From the start, the tiny studio park was a hit, and its lack of attractions was a problem. That’s why, within just three years, Indiana Jones Epic Stunt Spectacular, the Lost Legend: Star Tours, Muppet*Vision 3D, Beauty and the Beast - Live on Stage, and Voyage of the Little Mermaid all joined the park’s lineup. Incredibly (and somewhat embarrassingly?) they’re almost all still around, unchanged for three decades! But in a park that’s increasingly becoming Disney’s home to hot intellectual property, nothing’s sacred. Which brings us to…

The beginning of the article says that *two* parks have zero original attractions left, but only one on this list has zero left. What’s missing? Universal Studios Hollywood?

Good catch – related to the two comments below. :P I changed it!

Ah, you're so right! Fixed it, thanks!