"Formerly Known As..." Do You Remember The OLD Names of These Disney Parks? 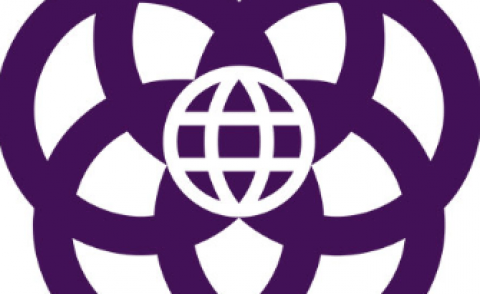 The best Disney Parks are timeless. Their names and logos? Not always.

Disney Parks are time capsules, carrying hundreds of years of history between them. Though they may feel like they've been around forever, each Disney theme park on Earth is really the product of the time it's designed in. Colors, typefaces, and even names that makes sense one year may look outdated the next. From time to time, Disney recognizes that it's time to update the branding of their parks, or even rename parks altogether.

For fans like us, that creates a visual timeline to look back on, seeing the ways Disney Parks have changed by looking at how their names and logos shift! Take a look at the six cases below where major reinventions and surprising name-changes have changed Disney Parks history.

Fans of Disney Parks are no strangers to change. Growth is simply a part of the parks' DNA. You know the company line: "Disneyland will never be completed as long as there's imagination left in the world." There must be a particular amount of imagination concentrated on Epcot, as its changes have been profound. It's well-known that Epcot started as Walt's Experimental Prototype Community of Tomorrow – a living, breathing, functional city he hoped to build in Florida that would act as a blueprint for all global cities to follow.

Likewise, it goes without saying that plans for Walt's EPCOT were abandoned after his death, with Walt Disney World being anchored by a larger version of Disneyland instead. We also know that designers circled around to the concept of EPCOT when they designed the second theme park for the Florida property – EPCOT Center. There, they built a "permanent World's Fair" with pavilions in Future World dedicated to areas of science and industry (with complementary financing corporate sponsors) and pavilions in World Showcase demonstrating the culture and cuisine of selected countries (with corporations from those countries footing the bill). The logos above are unused concepts Imagineers floated in how best to represent this progressive park.

Instead, they settled on this one:

The logo developed for EPCOT Center is sheer brilliance, demonstrating the interconnectedness of Future World's pavilions and World Showcase's; it hints at the larger, intellectual scope of the park with a stylized Spaceship Earth set inside of a star representing hope and, further, interlocking rings. EPCOT Center purposefully did away with fairytales, castles, princesses, and pirates, instead acting as an optimistic and grounded look at the 21st century.

In what may be one of the most impressive uses of iconography in any park, each of Future World's pavilions was assigned a similarly circular logo meant to communicate its purpose in simple geometry.

Those logos – while retired in the '90s when the park's pavilions fell out-of-sync – were still used in merchandise and as "Easter eggs" in the pavilions they once represented.

In 1994, EPCOT Center's name officially changed to sentence-case, Center-free Epcot '94. Naturally, the following year its name became Epcot '95. Then, in 1996, plain old Epcot finally stuck. Curiously, the logo during this short era seemingly became any chunky sans serif Microsoft WordArt text treatment of the word before settling on the wordmark below, as still seen on Epcot's parking toll booth:

This is also when we see the fall of many of the park's once-firm foundations. In fact, each and every one of Future World's science-themed pavilions has at least one entry in our Lost Legends series, from The Living Seas to Horizons; The Land's Kitchen Kabaret to Body Wars in Wonders of Life. In the span of two decades, the transportation pavilion has contained both World of Motion and the original Test Track, while Imagination has hosted both the beloved Journey into Imagination and the ride that some call Disney's worst ever, Journey into YOUR Imagination.

It all started here in the mid-90s. Shortly thereafter, the park debuted its next logo and identity to shepherd in its era of characters and thrills:

This Epcot logo has the letters E, p, and t in Berling typeface with the o stylized as the park's original icon and c stretched as if tracing the trajectory of an orbiting satellite, each colored purple, pink, orange, teal, and yellow. By the mid-2010s, many fans were calling for the retirement of this oversaturated '90s logo thart seemed at odds with both Epcot's past and its future. Boy were they on the right track...

At the semi-annual D23 convention in 2019, Epcot was the star. Or should we say, EPCOT? There, Disney finally fessed up to ambitious plans not only to bring the park into the 21st century, but do do it with Disney, Marvel, or Pixar characters just like we'd proposed. For Imagineering fans, the real win was the return and refinement of those original pavilion icons (again conceptually uniting the park's pavilions in one cohesive style) and the debut of a new logo:

Look familiar? Yep, the new EPCOT logo is a modern refinement of the logo used from 1982 - 1995, keeping the throwback, iconic "E" and otherwise recreating the opening day look with a rounded and symmetrical typeface more tuned to modern taste. The C and O even echo an infinity symbol. Altogether, the new logo is a perfect mix of forward-thinking and reverently nostalgic, just like the park...

...and it even came with the return of matching pavilion icons, too!

What do you call a European Disney resort? Euro Disney Resort, of course! Except...

When Euro Disney Resort opened in 1992, it had just a single theme park (Euro Disneyland) and an unprecented seven hotels to accompany it – far too many hotel rooms for the park's draw, especially with most of the French press launching an assault on the park and calling it an invasion of American commercialism.

Overbuilt and bleeding money, Euro Disney Resort was enough of a failure to turn CEO Michael Eisner off from any large-scale projects, cancelling and closing rides across the globe. There were rumors Euro Disney might close altogether. But instead, Disney did some quick rebranding as Euro Disney Resort Paris.

Disney's evaluation showed that while "resort" meant one thing in the U.S., Europeans associated the word "resort" with luxury beachside villas or mountaintop ski lodges... Obviously, neither was anywhere to be found in the remote, agricultural, pastoral Marne-la-Vallée village outside Paris. In June 1994, Euro Disney Resort was quietly renamed Euro Disneyland Paris with "Euro" being conspiculously small in the updated logo...

It was a short-term transitionary test to eventually tackle another sticking point: the word "Euro." Michael Eisner owned up to the naming error, stating “As Americans, the word ‘Euro’ is believed to mean glamorous or exciting. For Europeans it turned out to be a term they associated with business, currency, and commerce." Just four months after adding "Paris," "Euro" was dropped and a new logo debuted:

In October 1994, the resort was renamed Disneyland Paris while the theme park became Parc Disneyland. "Renaming the park ‘Disneyland Paris’ was a way of identifying it with one of the most romantic and exciting cities in the world," Eisner said. In retrospect, the new logo retained the distinctly '90s colors and shapes of the original, but succinctly identified the property accounting for European culture.

One of the unfortunate cop-outs that came from Eisner's low-budget strategies post-Paris was a second theme park for the French resort. The subject of its own Declassified Disaster: Walt Disney Studios Park, the second gate was bad... really bad... Maybe the worst park Disney's ever built. Now, Disneyland Paris contained both Disneyland Park and Walt Disney Studios Park, which meant it needed a new logo:

At least axing the '90s color palate, the updated Disneyland Resort Paris logo was meant to convey that there were now two theme parks to visit. It worked, but only until word spread that the new "studio" themed park was a bust. In 2009, Disney came to its senses and rebranded the resort once more in time for its 20th anniversary. Naturally, a cleaned up logo came along with the celebration:

Disneyland Paris' logo cleanly utilizes the corporate "Disney" script with a complementary "land." (Each Disneyland across the globe uses a localized or otherwise specific typeface for "land.") It's clean, bright, simple, and communicates to Europeans the two most important things about the property: Disney and Paris. Voila. Check out the park and resort's unbelievable twelve distinct logos in 25 years here.

In 1994 Epcot was referring to itself as Epcot 94. I worked there during my Walt Disney World college program and I had to start my Spiel with "Good morning/afternoon/evening ladies and gentlemen and welcome to Epcot 94"

Ahh, I was off by a year! Thanks for letting me know, Kim. I bet it was a great time to be in the College Program!