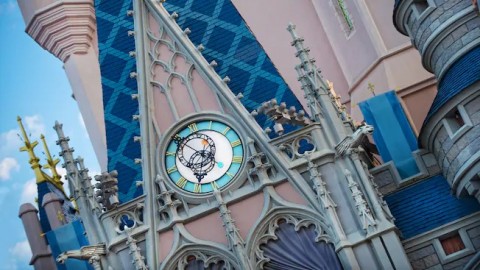 We know, we know - comparing Disneyland and Walt Disney World is like comparing apples and oranges. But when we can find concrete, objective ways to analyze Disney’s two U.S. resorts in new ways, we jump at the chance! For example, our Ride Count Countdown already ranked Disney’s parks by the number of actual rides they offer (with some surprising results) and we even tackled the impossible task by looking at the number of “E-Ticket” headliners each park offers.

And then, of course, there’s the big one: our list of 16 Disneyland Exclusives that Should Make Disney World Fans Jealous. In that popular feature, we intentionally avoided sweeping generalizations or emotional appeals (“Walt stepped here!” “It’s cozy!”) and instead offered a concrete look at enviable exclusive lands, attractions, and experiences at the California resort. But the story doesn’t end there!

Today, we’ll analyze the 16 things that even Disneyland loyalists will admit make Disney World worth a visit; the concrete attractions and experiences that Disneyland fans should be jealous of that Disney World offers that their Californian parks don’t… or can’t.

Though Disneyland fans are quick to claim themselves as Walt’s “original magic kingdom,” the classic park does not host the ride Walt called his personal favorite! Designed for General Electric’s Progressland pavilion at the 1964-65 New York World’s Fair, Walt’s promise of “A Great, Big, Beautiful Tomorrow” was relocated to Disneyland in 1967 as part of the Lost Legend: Walt’s Tomorrowland. But it didn’t stay for long.

Why? There’s a clear difference between audiences at Disney’s two stateside resorts. Disneyland’s typical audience tends to be much more regional-and-repeat visitors, whereas Disney World caters to more national, international, and once-in-a-lifetime guests. Even back in the 1970s, General Electric recognized that too. Once Magic Kingdom opened, they requested that the ride be relocated to the new park, where the sponsor’s message would reach perpetually fresh crowds rather than the dwindling repeat audiences in California. Obviously, it worked! The subject of its own in-depth Imagineering feature, the Modern Marvel: Carousel of Progress continues to play to this day, just as Walt hoped.

The Carousel Theater continues to exist in California. However, it no longer turns. Instead, it houses the tired and half-empty Star Wars Launch Bay exhibition. Disneyland fans should be very jealous that they lost the ultra-classic, Walt-adored show to the park’s younger sister. But if it returned in a nod to nostalgia, chances are that the local crowd would once again let its ridership dwindle - something Florida’s international guests haven’t let happen in 45 years!

Born of EPCOT Center’s “permanent World’s Fair” spirit, World Showcase is a project the likes of which we’re unlikely to ever see again. Just think: Disney set out to authentically, lovingly create cultural and culinary experiences without a character (and very limited rides) in sight. EPCOT Center was more than just Disney World’s “adult” park; it was a vast divergence from what people thought Disney World was about!

Naturally, today’s World Showcase has more Disney characters than many fans would like (with seemingly more pavilions refocused on animated classics every year) but the fact remains that the park’s cultural “realm” offers something Disneyland’s doesn’t: an inherently “adult” experience. And no, we don’t just mean alcohol. It’s also that World Showcase countries are filled with the art, entertainment, music, history, and even people of the countries they represent, creating a living experience no museum can offer.

A “reimagined” World Showcase would’ve actually come to Disneyland as part of the never-built Possibilityland: WESTCOT Center. Though that ultra-expensive second gate didn’t come to be, its replacement - Disney’s California Adventure - initially leaned into the World Showcase model itself, focusing on drinking, dining, and shopping over attractions… a formula that didn’t exactly resonate without the EPCOT Center spirit to back it up. Still, the idea of such a vast, cultural, authentic experience should make Disneyland fans jealous.

Throughout Disneyland’s first decades, Walt used the park as a proving ground for his growing interest in urban planning and optimization. Attractions like Disneyland’s Skyway (1956), Monorail (1959), and Peoplemover (1967) were all installed as attractions in Tomorrowland, meant to showcase what these future technologies could provide. But at Disney World, they would be elevated beyond mere attractions or prototypes to become actual, functional systems.

Now sure, the miniscule Disneyland doesn’t need the kind of transportation infrastructure that the gargantuan Disney World offers. But in a state as “green” as California, it’s astounding that most Disneyland visitors arrive in personal vehicles such that - on busy days - Disneyland’s 16,000 parking garage spaces are completely full. Meanwhile, out-of-towners need to hitch rides on third party shuttle services from LAX, more than a half hour away. Then, guests either walk a retro-actively added path to the central Esplanade between parks, or pile into trams - objectively silly when high-speed Peoplemovers, skyliners, or a re-routed monorail could get the job done more efficiently and effectively. (In fact, such obvious intra-resort infrastructure was planned - but abandoned - during the Westcot era.)

So while Disneyland guests have no need to  be jealous of Disney World’s massive, sprawling complex and the army of gas-guzzling buses that connect it, the fact that authentic solutions like the Monorail and Skyliner are functionally used instead of simply being rides is neat to see. And because of their starring roles, they’ve even been elevated to be part of the resort’s culture and allure!

The Lost Legend: TEST TRACK got off to a rocky start when it opened in 1996… er… ‘97. No, ‘98. Okay, so it was March 1999 before General Motors’ hit thrill ride finally hit the road despite initial goals. Representing a new generation of Epcot experiences, the ride was more brawn than brains, turning guests into “test dummies” to take a new GM car through the paces. A controversial 2012 redesign axed the literal “testing grounds” style of traffic cones and crashed cars in favor of a sleek, modern, digital engineering-based experience where guests design their own custom cars in a glowing laboratory, then see how they stack up in a TRON-esque “SimTrack.”

For better or worse, Test Track was a game-changer. Still “the fastest ride at Disney World,” it created a new thread for Epcot to follow, turning Future World into a loosely connected realm of semi-scientific thrill rides. And though its opening was delayed by several years, it also introduced the high-speed “slot car” ride system that’s been used to great success two more times in Disney Parks.

Speaking of which, Disneyland offers the ride’s technological counterpart, the Modern Marvel: Radiator Springs Racers - a starring ride in its own right, and a fantastic fit for Disney California Adventure. But Test Track - especially in its day-glo, TRON-stylized form - would be a beautiful ride through the engineering design process in Disneyland’s Tomorrowland.