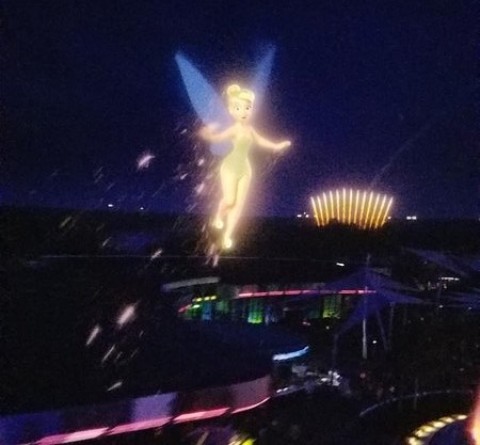 If you’ve been a Disney Parks fan for long enough, there are certain things that are just facts; there are deeply layered reasons and nuances to explain why things are the way that they are. And because frequent visitors come to understand the methods behind the madness, we become blind to… well… weird things.

Don’t believe us? Here are 7 things that Disney Parks fans just seem to understand or ignore, but that first-time guests must be totally bamboozled by. Put yourself into the shoes of a first-timer and imagine how strange some of these must be for someone who doesn’t have the history or context behind them!

1. Why do people love that pesky purple dragon?

THE QUESTION: Though a guest visiting Epcot for the first time today would likely have a lot of questions about the unique park, we can imagine that they must wonder about that purple dragon… After all, Figment is the subject of Festival of the Arts murals, trimmed into topiaries at the Flower and Garden Festival, plastered across t-shirts and sweatshirts, and present in plush form throughout most gift shops. In fact, he’s a full category in the shopDisney catalogue!

The result is that Epcot is somewhat synonymous with this strange cartoon character who looks like a Disney character, but was created just for the park… If you stepped into Epcot for the first time today, wouldn’t you wonder, who is that cartoon dragon? Oh, look! He’s part of that ride over there! For that dragon to be so popular, that ride must be the best one here! Yikes.

Any guest visiting Epcot for the first time today would have to be shocked to find that the character plastered across the park is… well… not very likeable! He’s a prankster and a nuisance who derails our tour through the tepid “Imagination Institute” with tricks meant to jumpstart our creativity, but in some pretty unwelcome ways.

Figment places us in the path of a (fairly frightening for kids) sound demo with an oncoming train, sprays us with skunk smell, and then blasts guests with air for a technicolor finale. The ride itself is mediocre at best, and the “iconic” Figment immortalized in art, topiaries, and t-shirts is pretty annoying! So why do people love him?

THE ANSWER: Of course, nothing at Epcot is quite what it used to be… and that includes Figment. The unsanctioned character ambassador of Epcot since 1983, Figment originally starred in the Lost Legend: Journey into Imagination. A playful purple dragon with limitless enthusiasm for ideas, Figment and his creator, Dreamfinder, sang along to the beloved tune of “One Little Spark,” leading guests through realms of art, literature, performing arts, and science in the sensational original.

Unfortunately, a horrendous 1999 re-do of the timeless classic created the Declassified Disaster: Journey into YOUR Imagination, axing Figment, Dreamfinder, and “One Little Spark” entirely in favor of a cold, unimaginative tour through the bland “Imagination Institute.” Poor reception to the new ride forced another redesign just two years later. The solution essentially inserted Figment into the Imagination Institute storyline, but as the somewhat annoying, pesky dragon we know today; one who’s fairly unlikable for being so visible in the park.

2. Why are the road signs purple?

THE QUESTION: Many first-time guests have heard the strange urban legend that Walt Disney World is literally its own city (and many derivatives thereof, including rumors that no one can technically die on Disney property). Of course, if that were true, it would give the Walt Disney Company – a private entertainment entity – governmental control over an area of Florida, and that can’t be true! … Can it?

THE ANSWER: It all goes back to a story Disney fans know well. When Walt Disney Productions secretly began to acquire massive landholdings in Central Florida in 1965, Walt wasn’t dreaming of a new Disneyland. A futurist and a forward thinker, Walt had moved on and was planning out the real, living city of EPCOT - a utopian, modernist model he thought would sincerely influence the design of any modern city to follow.

To make it happen, Disney petitioned the Florida legislature to create a “special municipal district” to provide Disney with the controls it needed, like oversight of building permits, road development, and sewer systems.

Naturally, plans for EPCOT died alongside Walt. Instead, “Walt Disney World” evolved into its modern form: a leisure resort and “Vacation Kingdom of the World.” But the “Reedy Creek Improvement District” was signed into law. That means that the two municipalities within - Bay Lake and Lake Buena Vista - are served by their own water department, fire department, transportation systems (including those iconic ‘90s kitsch directional signs), and emergency services.

But it also essentially gives The Walt Disney Company governmental control… of itself. Disney can approve its own building permits, okay its own infrastructure plans, and even sign its own liquor licenses! A dystopian example of what happens when a corporation is given governmental oversight of itself, or a logistical necessity for operating a mega-resort? Hmm...

Maybe that brings us to our next thing first-timers would find confusing...

Why's she conclude the flight? Have you forgotten she opened every episode of "Wonderful World of Disney" for years?

I am far from a first-time visitor, but I still learned quite a bit from this article! I feel bad for all the people who don't know Figment's backstory and hope one day his ride will be something truly delightful. I also enjoyed the thoughts about Tomorrowland, park layout, and California Adventure. Thanks for teaching me today!