D23 Expo Predictions: Fans' Best Guesses for What Disney Will Announce For Its Parks 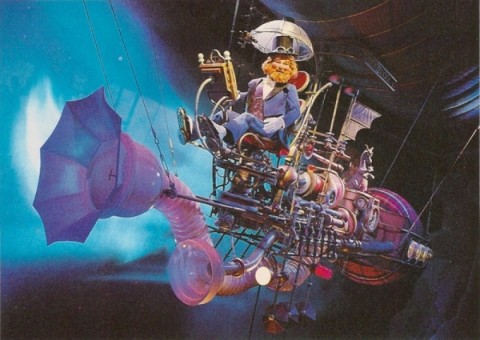 For Disney Parks fans, the semi-annual D23 Expo is like Christmas and a funeral in one. Every other year, the company's "Ultimate Fan Event" hosts a Parks & Experiences panel, when Disney executives and Imagineers are on-hand to unveil the list of additions and subtractions the company plans to make to Disney's theme parks over the years to follow.

This year, the Parks panel is happening on Sunday, September 11, at 10:30 a.m. in Los Angeles. At that time and across the globe, Disney Parks fans will be glued to their seats and phones, following along as Parks Chairman Josh D'Amaro hosts a panel that will be filled with excitement, surprises, and – yes – disappointments.

D23 Expo has never been more important for Disney Parks fans than it will be this year. With COVID having seen hundreds of millions of dollars in cancelled projects, Chapek having arisen as a franchise-focused, budget-hawk CEO, Disney World's 50th Anniversary flatlining, countless perks slashed for guests, and the very unusual scenario where we don't know about any confirmed major U.S. Disney Parks projects post-2022, what we learn on September 11, 2022 will quite literally reveal the scope and scale of Chapek's ambitions for Disney Parks for years to come.

So what will be announced at this year's D23 Expo? Of course, those who know aren't talking... but if you believe fan rumblings and wishes, here are a few key areas where we might see big announcements (and re-announcements) that will give Parks fans something to talk about for years...

1. The Lost Attractions of EPCOT's Reimagining

At the last D23 Expo (way back in 2019, when the world was a very different place), all eyes were on EPCOT. For decades, fans had been begging for EPCOT to get a master-planned, all-at-once reimagining to refresh the park and its attractions – the same kind of multi-year reunification and restylization that had seen Disney California Adventure reborn in 2012.

In 2019, it became official that EPCOT would indeed undergo such a multi-year transformation, making the park (in Bob Chapek's words) "More Disney, more relevant, more timeless, and more family." (Another way to read that: "More characters, less education, less '80s, and even more characters.")

A lot was announced for the park in 2019, including details on what became Guardians of the Galaxy: Cosmic Rewind, Remy's Ratatouille Adventure, Space 220, and Harmonious. Of course, a lot was announced that didn't come to be. We already know that Disney's completely cut the announced Celebration pavilion, then re-announced a massively scaled-back version of it. (A shame since EPCOT is the one park that really needs a long-lasting, big-budget, master-planned fix instead of still more piecemeal changes and quick-fixes.)

But what many fans are hoping is (re)announced at this year's D23 Expo are three projects that were all-but-official, then quietly disappeared post-COVID.

A. The Play! Pavilion

The first was the Play pavilion, meant to takeover the space most prominent used for the health-focused pavilion and Lost Legend: Wonders of Life from 1989 to 2007. Completely gutting the interior of the golden dome between Universe of Energy (er, Cosmic Rewind) and Horizons (I mean, Mission: SPACE), the Play pavilion was meant to be stylized as a bustling, neon, cartoon city of Disney Emoji stylized characters, interactive games, and meet-and-greets.

An entire pavilion coming online would obviously be a huge deal. But so far, it hasn't. No one outside of Disney seems to have any clue how far along the Play project was before COVID budget cuts struck, or if it's even still moving forward. Since the sight of abandoned pavilions is unfortunately nothing new for EPCOT, it's not a huge loss... but we have to wonder if Disney will re-up its commitment to the Play pavilion at this D23 Expo, or if this project was quietly killed.

B. A Mary Poppins Attraction

A Mary Poppins mini-land being added to the U.K. pavilion at EPCOT was part of the park's 2019 announcement roll-out, but when the parks re-opened after COVID, mention of it had been wiped from the EPCOT Experience preview center. It's not surprising. Disney had not actually announced the details of what would reside in the recreation of Cherry Tree Lane, with many supposing that Mr. Chapek (then just Parks Chairman, now CEO) was more interested in a carousel or even just a meet-and-greet rather than a full dark ride. With the promotional campaign for Mary Poppins Returns now having passed, the project was easy enough to write-off for Chapek's franchise-focused regime. Would you like to see a Poppins attraction make a comeback for EPCOT, even if it's "just" a meet-and-greet?

Meanwhile, the other project fans are hoping is part of this year's Parks panel is a little more of a longshot. After all, Disney never officially acknowledged that Pixar's 2017 film Coco was going to take over the oft-overlooked Gran Fiesta Tour boat ride in EPCOT's Mexico pavilion... They only suggested it by including a model of Mexico in the EPCOT Experience preview center's park model (which – aside from Mexico – only featured pavilions with planned expansions), complete with a giant Coco guitar leaning against it. Coco is a stunning film and an obvious fit for the pavilion (especially with World Showcase's clear "animation integration" plan in action). But will it actually happen?

Perhaps the most controversial announced-but-paused changes to EPCOT was the announced reimagining of Spaceship Earth. Don't misunderstand – Spaceship Earth has undergone several significant redesigns over its lifetime, emerging with new show scenes and new celebrity narration each time. But at its core, Spaceship Earth has always been EPCOT's "Communication Pavilion," telling the story of how humans evolved from cave paintings to written language to papyrus to the printing press to the Renaissance to the electric age to the personal computer and on to the boundless interconnectivity offered by the Internet.

But according to Bob Chapek's announcement, that was about to change. At the 2019 D23 Expo, Chapek announced that a more fundamental redesign of Spaceship Earth was about to commence, shifting the ride's focus from "communication" to "storytelling." Though many of the ride's early scenes about written language would remain, they'd be refocused on how humans learned to tell stories to pass along tradition. Naturally, that would evolve into odes to Disney Animation, with concept art showing a glowing ray from Moana sweeping across the night sky as Polynesian voyagers look on.

In what would've likely been a mix of real history and allusions to Disney films, the ride would've kinda sorta maintained that epic "EPCOT" ethos, but also been a character-infused thing with major cringe potential. (Imagine a ride that discusses storytellers from throughout human history, but ends in a weird ode to Walt Disney as the "ultimate storyteller" or something. It feels very possible.) This refurbishment wasn't just a rumor; it was announced, with May 2020 as the start of what was rumored to be a two-year closure. Of course, it didn't happen. But it could. Spaceship Earth badly needs a mechanical refurbishment, and it seems likely that when that happens, odes to Disney storytelling will make their way in.

So what do you think? Do you want this refurbishment – or any of the others on this list – to come to be? Let us know... And read on, because there's more to consider...