Walt Disney World’s 50th Anniversary Forgot to Celebrate Disney World. Here's Why... And How to Fix It. 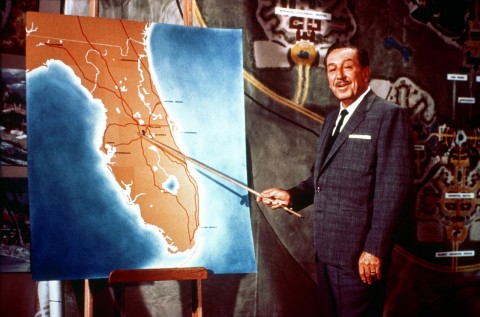 Walt Disney World has history. A lot of it. Of course, that’s what living fifty years will do for you!

Walt Disney World started big, and it’s gotten bigger. Over the course of its first five decades, the “Vacation Kingdom of the World” has grown from a ‘70s leisure resort anchored by a "Disneyland East" into a pop culture icon surpassing its older sister. Walt Disney World is practically ingrained in the DNA of the Western World. It’s as American as apple pie; as “middle class” as owning a home; as much a rite of passage as a driver’s license.

Hundreds of millions of guests have had billions of formative experiences throughout the parks and their rides – some of which live on only in their memories. Those who visited first as children now bring their own grandchildren, passing Walt Disney World down like an heirloom. Every inch of every square foot of the property has played host to beloved rides, timeless encounters, intergenerational “magic,” and a whole lot of history.

Trouble is, visiting the resort during its historic 50th Anniversary, you wouldn’t know it. Disney seems to have intentionally scrubbed any intentional nods to nostalgia from its campaign, leaving Walt Disney World’s anniversary suspiciously disconnected from… well… Walt Disney World. How did it happen? Well, let’s start by seeing how a half-century celebration can lean into nostalgia, history, and joy, then we'll explore what just went haywire in Walt Disney World's once-in-a-lifetime celebration.

“I felt that there should be something built where the parents and the children could have fun… together.” Practically the Disney equivalent of “In the beginning,” the story of Disneyland is nothing short of an American tall tale. From that park bench to the orange groves of Anaheim; Adventureland and Frontierland and Fantasyland and Tomorrowland and a castle… Images of Walt Disney stepping down Main Street or through the castle’s gates are practically so embedded in pop culture, they feel like a legend.

That origin story – of Walt Disney and his “original magic kingdom” – has always been baked into Disneyland. Among the public, Imagineers, and yes, even executives, Disneyland is hallowed ground; “where Walt walked;” a place that’s treated with reverence and respect; different. Disneyland isn’t a museum, but it is a historic place! Walt’s mid-century ideology is at its core; its scale and scope are limiting to big, boisterous, modern ideas; what's done there is done in the light of that lamp above the Fire Station...

Walt himself was only around for Disneyland’s first decade but ask anyone: his presence could still be felt there. This was his park. Though new rides and lands came, and the trees grew, and prices rose (oh did they rise!), Disneyland was still something unique; still using that old-timey, Medieval script for its logo, without a hint of the corporate “Disney” giant that had grown behind it in the 45 years since. It was still just Walt’s park.

That connection to its past – and a simple, digestible story – is part of what makes Disneyland so unique. It’s why the park is de facto protected by designers and by generations of local (and vocal!) visitors who literally grew up alongside and within it. Disneyland has always been primed to put its history on display… and boy did that happen…

Frankly, Disneyland’s 50th Anniversary couldn’t have come at a worse time. In 2005, The Walt Disney Company was just pulling out of a decade-long nosedive caused by the financial failure of Disneyland Paris’s 1992 opening and the tourism decline after the September 11, 2001 attacks on New York City. The ‘90s and early 2000s had seen a visceral, debilitating decline in the staffing, maintenance, and shine of Disneyland and Walt Disney World as then-CEO Michael Eisner infamously slashed budgets, killed projects in development and swore off any costly, large-scale developments going forward.

In 2003 – just as Eisner was readying to depart before the end of his contract – Matt Ouimet stepped in as President of the Disneyland Resort… a resort transformed for the worse by the rapidly deteriorating care of Disneyland and the resource-sucking opening of Disney’s California Adventure. With the park’s 50th Anniversary looming, Ouimet and his team rallied and did the unthinkable: they turned it around.

Ahead of Disneyland's 50th, three classics – the Jungle Cruise, the Enchanted Tiki Room, and Space Mountain – were quite literally rebuilt. The dreary, copper-rust remains of the doomed New Tomorrowland ‘98 were exorcised, and the return of the once-sunk Submarine Voyage was announced. Even the resort’s relaunched corporate logo was undone, reintroducing Disneyland’s Medieval lettering across the resort... A campaign focused not just on reimagining the park's future, but on recognizing and restoring its past.

Golden Mickey Mouse ear hats spread far and wide, including 50 golden Hidden Mickeys spread around the park. Sleeping Beauty Castle was adorned with five golden crowns – each patterned to represent a major attraction from one of the park's five decades. Historic 50th Anniversary maps became the must-have souvenirs. A special "Disneyland: The First 50 Magical Years" exhibition and film opened in the Main Street Opera House while "Walt Disney's Parade of Dreams" took to the streets.

“The Happiest Homecoming on Earth” invited guests from around the globe to return to the place where it all started; to come home to a Disneyland reborn. Each of the park’s remaining 1955 Originals was celebrated by painting a single one of its ride vehicles gold – one gold Storybook Land Canal Boat, one gold Mr. Toad buggy; one gold Tea Cup; one gold Omnibus…

At night, “Remember… Dreams Come True” lit up the skies, literally taking guests on a “Grand Circle Tour” of Disneyland with fireworks segments dedicated to each land and the rides (both current and past) that lived there, all narrated by Walt's friend Julie Andrews.

This wasn’t just a celebration in Walt’s original magic kingdom; it was a celebration of it… A perfect representation of how to highlight the resort’s past and invite generations back to visit, all decked out in gold.

(By the way, Walt Disney World got in on the party, too. The Florida resort ran a concurrent "Happiest Celebration on Earth," highlighting 50 years of Disney theme parks. Despite it being Disneyland's birthday, Disney World got the presents: one new attraction "gifted" from each resort – Soarin' from Anaheim, Lights, Motors, Action from Paris, and Cinderellabration from Tokyo. Cinderella Castle was adorned with a "magical" stained glass window, which showed each of the five Disney Castles on Earth, including the brand new Hong Kong Disneyland's.)

Let’s see… A golden 50th Anniversary welcoming guests back after a very dark period… Where have we heard that before? And how did Disney World decide to do precisely the opposite kind of anniversary, without a mention of its history? Read on…