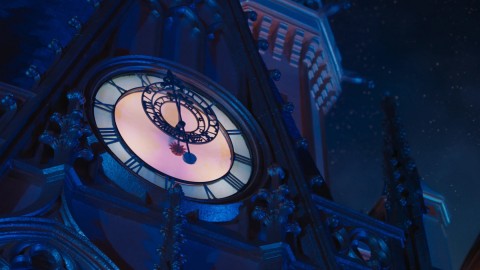 More than 50 years ago, Walt Disney staked out the company's secret landholdings in Central Florida, decreeing: "There's enough land here to hold all the ideas and plans we could imagine." In the five decades since, Disney's San-Francisco-sized property in Central Florida has grown in fits and starts, but always under the glassy, iridescent dome of the "Disney Bubble."

The "Disney Bubble" is invisible, yet it insulates Walt Disney World in just the same way that the tree-lined berm shielded Disneyland from the "real world." The "Disney Bubble" is intangible, but evidence of it surrounds you. Once "inside," you're not just in swampland seceded from Orange and Osceola Counties to the Reedy Creek Improvement District, but immersed in someplace safe... familiar... magical. It doesn't matter that Disney's most "Deluxe" rooms are often comparable to off-site hotels a mile away and a quarter the price... the "Disney Bubble" is real, and you can't put a price on that.

If you're visiting for the 50th Anniversary Celebration, you'll find that staying on Walt Disney World property has its definite perks – like complimentary intra-resort transportation and Disney's legendary guest service standards. But after a decade of adding increasing benefits to convince guests to stay on-site, the 2020s have seen a precipitous decline in the perks, programs, services, and special offers that have come to define the "Disney Bubble" in the 21st century.

While the "magic" of staying on property may be priceless, the slashed services and new charges come with significant costs that just may burst the "Disney Bubble's" magic for many... So today, we'll take a good, hard look at eight one-time perks of staying in a Walt Disney World resort hotel that have since been slashed or replaced with an upcharge...

One in a suite of perks launched in 2005 (when Disney really started to get serious about the 'Disney Bubble' and incentivizing on-site stays), Disney's Magical Express was a surprisingly premium service available to any guest staying at a Walt Disney World Resort Hotel. Once landed at Orlando International Airport, guests staying on-site could simply follow signage to Disney's Magical Express and hop aboard a motorcoach bound for the resort. Straight off the runway, they'd be wrapped in the warmth, assurance, comfort, and – yes – magic of Disney without the hassle of rental cars, ground transportation, taxis, or traffic. Phew! Once shuttled to their resort, guests would even find their luggage "magically" waiting for them!

In retrospect, Magical Express was too good to be true, much less free*. (*Of course, like all "free" perks associated with Disney it wasn't really "free" at all, but rather, "included" in costs paid elsewhere – an important reframing when we talk about such "free" services disappearing without a reduction in costs elsewhere.) As with most "conveniences" at Walt Disney World, Disney's Magical Express was more than just an amenity; it was one piece of a larger strategy to insulate Disney's "walled garden," with Disney alone orchestrating what comes in... and what goes out.

Magical Express shuttled guests straight to the resort and (for lack of a better term) stranded them there without a rental car. Get it? Covering the last stretch between the airport and Disney's internal transportation systems, Magical Express conveniently made it so that guests would have no easy way off of Disney property to visit pesky competitors like Universal Orlando.

Magical Express will officially end by January 1, 2022. (Why? To our thinking, because ride-sharing has made it so that the "Bubble" is permeable anyway, so Disney has no reason to eat the cost of airport-to-resort transit. Even without a rental car, a family can Uber or Lyft to Universal, right?) We discussed the options guests will have to make it that final stretch here, but the most interesting is that Mears will continue operating a (now de-branded) service to the resort without Disney underwriting it. For $32 round-trip for adults and $27 for children, you can pay Mears what Disney used to, adding $118 to a trip for a family of 4.

Another reason Disney doesn't really care if you get a rental car in 2021? Because if you do, you'll pay for it... literally... In 2018, Disney shocked fans by announcing that they'd begin charging overnight parking rates for on-site hotel guests – standard practice at many upscale or urban hotels, but never part of staying at a Disney Resort. Today, the cost is $15 per night at a Value hotel, $20 at a Moderate, and $25 at a Deluxe. (Only Fort Wilderness offers complimentary parking.)

Granted, resort guests still get the "perk" of free standard parking at Disney's theme parks (currently $25 per day) meaning that Value and Moderate resort hotel guests technically can save over the course of a vacation. But for many, charging guests to stay in their hotels – where parking is plentiful and space is practically unlimited – feels like another nickel-and-dime situation.

Look, you won't hear us defending FastPass+. Quite the opposite, we've got an entire Editorial dedicated to the notion that technically, FastPass+ actually made you wait more over the course of a day than if it didn't exist at all. FastPass+ only made guests feel that they were waiting less on one, two, or three rides a day while turning every other wait into a stagnant, swampy, slow-moving Stand-By line. Like many services, Disney paused FastPass+ during the pandemic... which also provided carte blanche to reimagine what it should be.

Unsurprisingly, the "replacement" service is... an upcharge! Disney Genie+ is essentially an "optimized" service that allows guests to book into ride reservations one at a time in rolling time slots throughout the day. (For Disneyland locals, it's quite literally the upcharge MaxPass service with new branding.) Like MaxPass (and legacy, paper FastPass), Genie+ reservations take place the day of a park visit, not months in advance, and guests can book a new reservation only once they've used the first (or two hours have passed, yadda yadda... Remember all that from the paper FastPass days?!). That's actually a really good thing when it comes to restoring the spontenaity and choice FastPass+ was widely criticized for lacking.

By nature of being an additional cost ($15 per person per day at Walt Disney World), it's almost certain Genie+ will have less buy-in (how much less remains to be seen) than the free FastPass+ did, meaning rides' "Lightning Lanes" ought to see less traffic than they did as FastPass lines and, thus, the associated "Stand-By" lines should move more quickly as a result.

But for guests both on-site and off, it'd be hard to cast Genie+ as anything more than a paid-for FastPass. In California (where legacy, paper FastPass survived until 2020), MaxPass upgrade was worth paying for because it had real value – MaxPass users didn't need to criss-cross the park to collect paper FastPasses. Will digital, app-based reservations be viewed as a "premium" worth paying for at Disney World, where FastPass+ has been all-digital since 2013? Or will the general public easily identify this as a paid-for service that used to be free? And even if they do, the real question is: will that stop them from buying it?

Whether you loved or hated FastPass+, there's no denying that on-site guests got a major perk – 60-day out ride reservations as opposed to off-site guests' 30-day window. That gave on-site guests an obvious advantage in the daily scramble to pre-book into hot E-Tickets and in-demand experiences. Off-site guests, meanwhile, would essentially be stuck picking up the scraps, settling for Philharmagic FastPasses, or furiously refreshing to try to find a Flight of Passage time slot.

Though it was no fun to be on the "off-site" side of the equation, the truth is that on-site guests getting first-dibs for ride reservations was a very big, very exciting perk for many guests that's now simply gone. There's no doubt many guests opted to pay Disney's premium hotel pricing hinging on that 30-day head-start on FastPass+ reservations. Without it, what's left that makes a stay at the All-Star Sports worth twice as much as an off-site Comfort Suites a mile away?

Sadly, I think Disney is giving into what the American public wants, namely cheaper prices with extra (optional or not) fees. Like the article said, a lot of "free" things at Disney World are baked into the overall price, such as a higher room rate or a higher day pass. This creates a feeling that everything is included, which is almost a magical feeling.

(As a side note, if you get a chance, take an all-inclusive European river cruise- yes, it's more expensive, but there's far less worry about whether the company will charge you for this thing or that thing.)

On the other hand, Disney's not lowering its prices now that the free items aren't free. In my opinion, that seems greedy and not very "magical". On the other, other hand, Disney is a company and companies need to make money. And as long as people keep going to Disney World (with little complaining), then they can keep charging fees.
Though, like the article says, I wonder how long it'll be until people start complaining on social media- either when they're at the parks or when they get back. Maybe it'll take 5 or 10 years for parents to decide that their once-in-a-lifetime trip to Disney World just isn't magical any more. If Disney World (of all places!) is going to nickel-and-dime you, then why not go to a local theme park instead?