Editorial: Disney Parks Should Get Rid of FastPass. Before You Get Mad, Here’s Why. 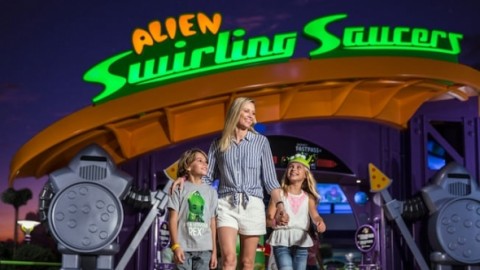 The views and opinions expressed in this editorial are mine alone, and are not necessarily representative of those of Theme Park Tourist or its entire writing team.

There's almost nothing that can compare with the endorphine-drenched sensation of sailing past a full queue for your favorite E-Ticket with a FastPass in hand (or in-app). Since 1999, Disney's FastPass service has truly redefined a day at the parks for a generation of Disney fans. The problem is that the ways it's changed your favorite park aren't always for the better.

FastPass has become so deeply engrained in Disney Parks operations, it's hard to imagine visiting a park without it. And yet, there's an argument to be made that if FastPass flashed out of existence, a visit to the happiest place on Earth may be happier. I know what you're thinking, but hear me out... Let's start at the beginning to see why Disney created FastPass, then dissect the seven ways that FastPass might be making your day at Disney Parks worse...

Disney is more popular than ever. Michael Eisner has been the CEO of Disney for a decade now, and his plan to completely revitalize Disney has worked. His “Disney Renaissance” of animation has yielded Little Mermaid, Aladdin, Beauty and the Beast, and The Lion King, revitalizing Disney’s image in pop culture. Likewise, his idea to infuse movie-related thrills into the theme parks to make them hip-and-happening places for all has worked out well, too. 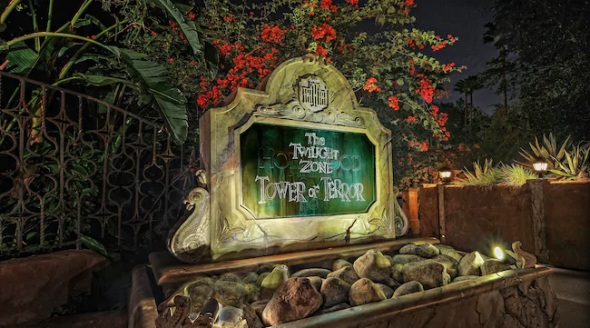 At Walt Disney World, the star has to be the brand new Twilight Zone Tower of Terror that debuted at the Disney-MGM Studios just last summer, and the equally horrifying Lost Legend: Alien Encounter is delighting (or maybe traumatizing) a generation of Magic Kingdom visitors. At Disneyland, a brand new Adventureland attraction has already cemented itself as a Modern Marvel: Indiana Jones Adventure.

And if you’re eager to experience any of the new, larger-than-life, cinematic thrills that Disney has cooked up in their ongoing transformation of Disney Parks, there’s only one way to do it: wait. 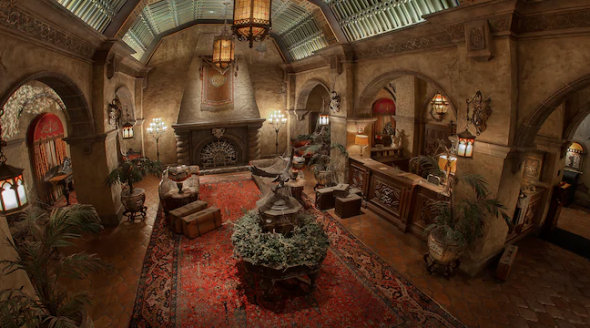 Now, the good news is, the growing popularity of Disney Parks and the “necessary evil” of queuing guests did inspire innovation. It’s precisely because guests were flocking to the new E-Ticket attractions that Imagineers began to master plan their attractions with queues that are part of the story – the haunted halls of the Hollywood Tower Hotel; the Animatronic pre-shows of X-S Tech; the ¾ mile walk through the crumbling Temple of the Forbidden Eye… After all, Disney Parks attractions are more than mere “rides…” they’re experiences, and queues could be used to introduce new mythology, stories, and exposition.

The bad news for executives was the way that these multi-hour queues (even well-dressed ones) began to affect the bottom line. While guests were off spending an hour or more happily decoding the cuneiform writing in the Temple of the Forbidden Eye, that was a full hour that they would not step into a gift shop, restaurant, or retail space… Put another way, the more time guests spend waiting in line, the less opportunity they have to spend money. 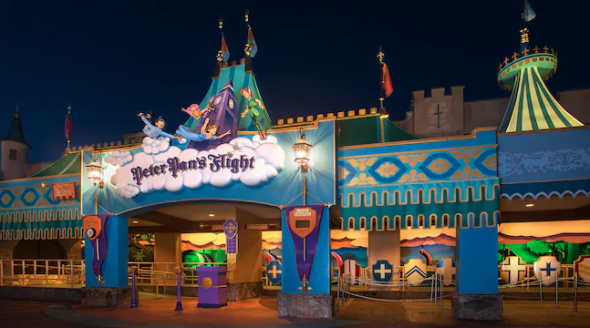 The bad news for guests is that the descending crowds of the ‘90s also moved in spectacular numbers toward older rides like Peter Pan’s Flight, Spaceship Earth, and “it’s a small world” – rides that were neither built to handle the massive groups of waiting guests, nor to entertain them. So as waits skyrocketed across Disney Parks, dissatisfied guests began to bail. Attendance fell sharply in 1997 and 1998 at all of Disney’s U.S. parks.

Something needed to change. Disney needed to engineer a way to alleviate queues, and their newest park would be the perfect test bed. FastPass debuted in July 1999 at Disney’s Animal Kingdom. By nature of reading this article, I suspect you already know about return times, FastPass rules, return windows, and the like. But how does FastPass really work from an Imagineer's point of view?

To understand how FastPass works, we really just need to take a step back.

Take a very high-capacity attraction like the Haunted Mansion. The Haunted Mansion has a theoretical hourly capacity of about 3200 people per hour – one of the highest hourly capacities of any Disney Parks attraction thanks to the wondrous Omnimover ride system. However, this number is “theoretical” in that it would require every Cast Member and operational/logistical variable operating like a fine-tuned, “friction free” machine. That theoretical number is an engineered value, “possible” practically only in simulations.

In reality, guests sluggishly move into the pre-show; they shamble into the Stretching Room; they bottleneck in the Portrait Gallery; the Omnimovers slow for accessibility; Cast Members open and close doors a few seconds later than technically “correct.” The ride’s operational hourly capacity (about 2800 riders per hour) accounts for the realities of operating the ride. 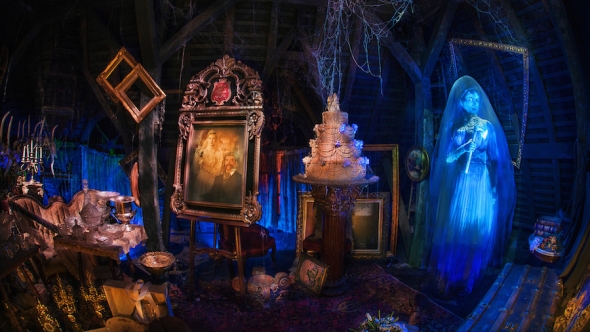 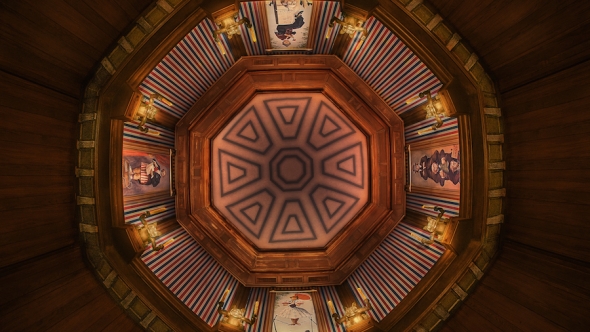 Let’s make it simpler. If a ride can accommodate 100 people per hour, 70 of those slots may be filled by guests not actually physically waiting in line. So if I were to join a queue, I may only have 29 people physically standing in front of me, but the wait time displayed will reflect having 99 people in front of me, as it assumes that 70 people will return during my wait and be given access ahead of me.

FastPass, as advertised, allows guests the ability to “skip the regular queue” and gain "priority boarding" by holding a slot in line (though that slot may be hours and hours away) – a freeing, fun, and fittingly fast way to get onto your favorite ride. Except…

How FastPass DOES NOT Work 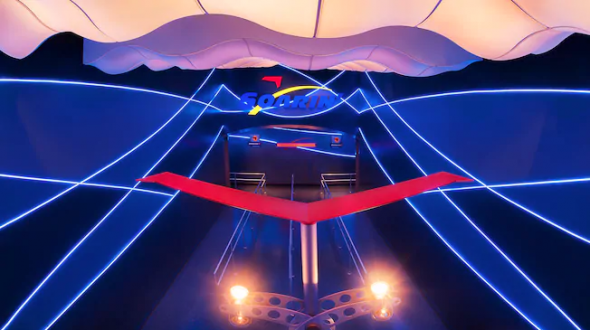 Disney set out to create a system that would allow guests to spend less time waiting and more time spending money. In the years since, it’s become “common sense” to use FastPass, and (in the form of Walt Disney World’s FastPass+) practically baked into vacation planning.

And look, all of us are happy to skip that hour-long line for Soarin’; we’re happy to not have to wait forever for Space Mountain; it’s a relief to be able to jump to the front of Incredicoaster. No one would deny that FastPass is a valuable, beloved, and enjoyable system that does what it was supposed to do.

But on the next page, we’ll dissect the ways that FastPass makes a Disney Parks visit worse. Would Disney Parks be better off if FastPass disappeared? Read on…

What an interesting article on how Fastpass has changed the dynamics of the parks, as well as the whole concept of a Disney vacation. It makes me sad to think of a family for whom a Disney trip will be a one-in-a-lifetime experience, and without all this knowledge of how to best use the Fastpass system, they may end up having a very frustrating time, unable to experience many of the best rides. Your article made me miss the days before Fastpass.

If there's more demand than supply per resource, people WILL have to wait, no matter how it's distributed, or if it is regulated at all.

Either there's a free system like FastPass, but this will incur more overall waiting, if you're not an "insider". Or it is monetized, then those with more cash will wait less.

The former is socialism, which is beautiful, but doesn't work. The latter is market economy, which is ugly, but works. In any way: If there's not enough for everyone wanting, then some will be privileged, and others will be not. It's not a moral thing, but just math and physics.

(I once lived in socialism, and I know for sure that it doesn't work. -- But with a decent education, market economy works quite well.)

I actually don't see any just solution for that, besides building more Disney parks; but as this is at the hand of the Disney company, it's not up to me to tell them how to do it.

(By the way ... I hate theme parks, because I don't like crowds, and as a weathered QA engineer, I'm hard to fool with mechanical and electronic contraptions. I reject the concept of "magic" altogether. -- But I actually enjoy reading here, as those essays display a hell of logical and rational argument, which I love.)

I think you’re off the mark a bit here. Fast passes can’t simultaneously stop the queues from being “sponges” and cause the queues to be too long. Maybe for a few rides that’s true (like Indian Jones), but I think what’s happening more is that they change the distribution of your personal wait times. So you have 3 fast lines and then however many long lines you choose to endure. Is that better or worse than endless more reasonable lines? Hard to say. The other thing that’s happening is the parks just have more guests. There isn’t enough physical space to accommodate them anymore. The only real way to fix that is to enlarge the parks, build more of them, or raise prices.