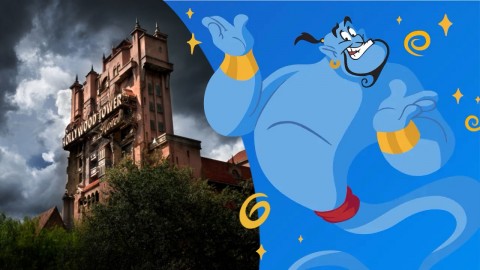 Theme Park Tourist’s new Genie+ 101 mini-series is meant to help you make the most of your Disney Genie+ service… and more to the point, to get your money’s worth. After all, Genie+ is an untamed upcharge with a whole new learning curve and a lot riding on it. Though it adds back the flexibility and day-of spontaneity that FastPass+ lacked in the 2010s, it also means that one wrong choice can leave you spending your day stuck in slow-moving, swampy Stand-by queues watching Lightning Lane guests race past.

Today, we’ll set out our “best practice” advice for how to use Genie+ at Disney’s Hollywood Studios. Set your alarms, because it's time for some "lights, camera, action!"

If you’re still not quite sure how Genie is different from Genie+, or why Lightning Lanes and Individual Lightning Lanes differ, you’re not alone. Be sure to swing by our tips and tricks for using the service, and check out our breakdown of the elaborately overcomplicated and ridiculously named suite of services and programs that fall under the Genie roll-out.

Once you’ve settled on Genie+, buy it. There are two options for accessing the Genie+ service.

Make sure everyone in your party has Genie+, Park Reservations, and is linked in the My Disney Experience app, because the day begins for Genie+ users at 7:00:00 AM on the dot. Everyone with Genie+ – whether staying on-site or off-site – can make their first reservation at the stroke of 7:00.

Especially at Disney’s Hollywood Studios, you need to be ready. Remember how Boarding Groups for Rise of the Resistance could be completely gone three Mississippi seconds after 7? While the situation isn’t quite so dire, you absolutely need to be logged in, up-to-date, and ready to refresh your phone at 7:00:00 to get a Lightning Lane reservation for Hollywood Studios’ hottest ticket: SLINKY DOG DASH.

It may surprise you that a family roller coaster is the big one for this park, but the ride’s entire Lightning Lane capacity will almost certainly be spoken for within one minute of 7:00 AM, and even fast-fingered guests may end up with a late afternoon return time – a very bad thing if you’re hoping to Park Hop out of Hollywood Studios.

NOTE: If you’re not interested in Slinky Dog, your first pick should probably be MILLENNIUM FALCON: SMUGGLERS RUN. It's a distant second behind Slinky Dog, but it's the next most likely to sell out through the morning. If you want to ride both, just remember that whichever you choose, you should be ready to wait in the “Stand-by” queue of the other, and remember that you'll have approximately 0% chance of getting a Slinky Dog Lightning Lane later, and that its “Stand-by” is a much more miserable experience than Smugglers Run's.