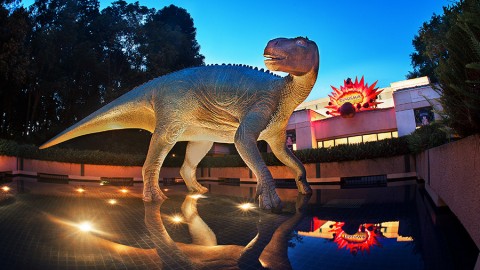 We hate to love them, and love to hate them – rides that are "so bad, they're good." Like a laughable cult classic movie whose earnest actors have no idea they're making meme-able moments, sometimes the worst things can become the best... if you just change your expectations and your perspective. And today, we want to highlight a few of our favorites.

Fair warning: it's hard to say where the line really is between "laughably fun, so-bad-it's-good cult classic" and "just plain old irredeemably bad." For example, while you might've chuckled at the "what were they thinking" absurdity of the Declassified Disasters: Stitch's Great Escape, The Enchanted Tiki Room: Under New Management, or Superstar Limo, guests paying top dollar for Disney Parks admission didn't. So your mileage may vary!

But here are a few tried-and-true, cult classic attractions from Disney and Universal parks that are almost lovable for their ridiculousness... if you have the right perspective...

For better or worse, being "uneven" is sort of DINOSAUR's thing. As we explored in our in-depth history of the ride, that's because it's lived multiple lives. The version that opened with the park in 1998 was a terrifying, loud, and serious ride... but an update to coincide with the release of Disney's 2000 film DINOSAUR saw the ride adjusted to compensate for an expected upturn in family attendance. On-board narration was updated to be more lighthearted and comical, to refocus the story on the ride's Iguanodon and Carnotaur, and to explain what's happening in the dark, disorienting, and loud ride.

To this day, DINOSAUR just can't seem to figure out what it wants to be. Sometimes, it's a serious, thrilling, and downright scary journey that's rough, wild, and filled with actually-terrifying dinosaur Audio-Animatronics. Sometimes, dinosaur's necks end in black curtains with glittering fiber optic star fields, blacklights flicker against obviously-painted jungle backdrops, plastic pterodactyls are bolted to the ceiling, and big, cartoon-proportioned dino-heads roll toward you on rails.

Don't get us wrong – DINOSAUR is a blast. It's a wild, audacious, and silly E-Ticket that finds a clever (but let's be honest – not better) new use for the ride system and track layout of Disneyland's Indiana Jones Adventure. It's a true gotta-see-it classic. But part of the fun of the ride is acknowleding its inherent contradictions, faltering special effects, and ridiculous split between self-serious thrill ride and on-the-nose absurdist adventure.

Will it last forever? We're not sure... But for now, it's a campy, ridiculous, prehistoric chase that's easy to appreciate from multiple perspectives.

Though it was an opening day attraction at Universal's Islands of Adventure in 1999, the attraction we explored in its own in-depth feature doesn't look anything like it did back then. That's because the original Poseidon's Fury was billed as a headliner for the technological park, but pretty quickly floundered. Part walkthrough, part special effects show, Poseidon's Fury was meant to be a new age E-Ticket, but guests found the walkthrough build-up to a special effects battle between Zeus and Poseidon to be confusing, anticlimactic, and even boring.

Using the existing rooms, special effects, and flow, designers transformed the attraction in 2001. Though assembled in mere weeks, the "Band-aid" version of the show has surpassed two decades of existence. Guests are now guided through the temple of Poseidon by a hapless intern of the Global Discovery Group, who accidentally awakens an ancient evil and then must uncover the lost Trident of Poseidon, open an ancient connection to the sea, and find Poseidon to defeat his foe once and for all.

The attraction includes appearances from Christina Pickles as a goddess and Star Trek's Jeffrey Combs as the laughably named "Lord Darkenon," a practical stand-up routine by walkthrough guide "Taylor," and a climactic battle between two men in Spandex superhero suits, often reaching past the projection screen's frame and zooming in and out in ridiculous, slow-motion, Renaissance Faire style combat.

All that is to say: it's a masterpiece. Seriously. Beloved by practically everyone, Poseidon's Fury is so bad, it's good. It's a lovable mess of an attraction. After a few months of running full-speed during the COVID-19 pandemic, Universal decided to scale back its operations a bit, closing Poseidon's Fury in August. Slowly but surely, social media rallied behind the return of the attraction, crescendoing in its full refurbishment and reopening in March 2022 gloriously unchanged.

Seriously, it would be easy for Universal to wipe Poseidon's Fury off the face of the earth. It's the only remaining attraction in the park's Lost Continent (often seen as a first-tier expansion pad), not to mention the only attraction at the entire resort not themed to an existing IP, but created in-house. Sure, eventually, it's certain to go the way of the dodo. But until then, let's appreciate that this madcap attraction – which includes two of the coolest special effects on Earth – continues to exist for us to enjoy.