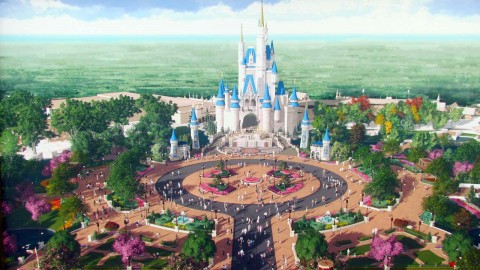 “Hey, you like Disney World, right? I’m going soon! What do I need to know?”

We all know a friend, family member, or coworker who’s gearing up for a first (or maybe just infrequent) visit to Walt Disney World who - rightly! - goes to you for all the answers to that burning question. Maybe you’ve got time to help provide a concierge-level trip planning; maybe it’s a week ahead of time and they’ve never even heard of FastPass, so it’s taking every fiber of your being to not tell them it’s already too late.

Whatever the case, there are some definite do’s-and-don’ts that tried-and-true theme park visitors have lived-and-learned. So today, we wanted to put together a “survival guide” to make sure you and your friends and family don’t make some totally-reasonable (but seriously painful) mistakes that seasoned Disney Parks pros know to avoid. This is your chance to bone-up on the insider advice that can make your trip much, much easier. Do you agree with our strategies? Or have you approached these problems differently?

A much-touted benefit offered just to guests of the Disney Resort Hotels (and increasingly, select partner hotels), “Extra Magic Hours” conjure images of an exclusive, after-(or before-)hours event where the well-to-do get to experience Disney Parks with minimal waits and… well… extra magic… Like a “Disney Parks After Dark” event… for free! In fact, this morning or evening time block does give you a chance to get riding while helpless off-site guests look at you like a “VIP,” wishing they could be in your shoes. How can that be wrong?!

Yes, every day at least one of Disney World’s four theme parks offers Extra Magic Hours where select attractions are available exclusively to on-site hotel guests… but Disney Resort Hotels alone have well over 30,000 rooms in their inventory! While far fewer than that are actually occupied, the “benefits” of Extra Magic Hours are wildly diluted by the broadly applicable offer. What’s worse, many first-time guests see the benefit and become “Extra Magic Hour Groupies,” planning their itinerary around taking advantage of the offer, following it day-by-day, park-by-park. It almost assures that whichever park is offering Extra Magic Hours that day will be highly attended.

The unexpected truth is that (excepting Disney’s Hollywood Studios... for obvious reasons), you’re likely to get more done first thing in the morning at a park that’s not offering Extra Magic Hours than during an Extra Magic Hour! Your experience may vary, but in our experience, this “benefit” is a red herring you shouldn’t necessarily plan your trip around.

Look, we all wish Disney World could borrow just a bit from Disneyland’s relaxed, locals-focused, Southern Californian atmosphere where folks come and go between parks and hotels throughout the day… but it’s just not meant to be. Disney World is all about maximizing your time and touring plans to keep you on track and efficient. Part of that is rope drop.

While images online of park security and entry turnstiles backed up for miles might intimidate you, trust us - rope drop is pretty much an essential part of a Walt Disney World vacation. Because once that rope drops and the park officially opens, something truly magical tends to happen: a great peace descends.

Yes, all of those guests crammed into corrals alongside Spaceship Earth or shoulder-to-shoulder guests on Main Street may be an introvert’s nightmare, and it certainly doesn’t look like something you’d want to smash a stroller and grandma into... But after that initial bottleneck, that rope dropping acts like a pressure valve, allowing the guests present at opening to escape out into the park. While thousands will move en masse toward the park’s E-Ticket anchors, these precious opening hours provide a chance to get a lot done with minimal waits. So if you’re the kind of person with a single day to get on as many attractions as possible, don’t recoil! Instead, use that first hour to make ‘em happen.

What is there to say about FastPass+ that hasn’t been said in countless in-depth guides that span the web, including here? FastPass is a hot topic in the Disney Parks fan community since, mathematically, you can argue Disney Parks would be better without it. By design, FastPass+ takes a ride’s hourly (and daily) capacity and pre-books most of it, leaving a “Stand-by” line for guests who can afford to wait while streams of pre-booked guests file past. While that technically guarantees you’ll have at least three low-wait FastPass attractions, it realistically ensures that all your other waits will be much, much longer than they would be if we just went back to regular ole’ lines.

Apparently, Disney’s industrial-organizational psychologists must agree that guests are “fooled” by the temporary “VIP” high and leave feeling they’ve accomplished a lot thanks to FastPass, all but assuring it’ll stick around forever. Still, despite Disney integrating FastPass booking into trip planning (and thus having to flood the system with more capacity by way of shows, meet-and-greets, and high-capacity rides that don’t need a virtual queue), it’s very, very easy for first-timers to get FastPass “wrong.”

For example, it’s heartbreaking to hear of first-time friends or family who walked into the park without a single FastPass booked. In fact, first-timers or infrequent guests may not understand the importance of FastPass or even that it’s included with park admission and available at no extra charge. They may not realize that most of an attraction’s capacity is doled out in FastPasses, so riding all the major attractions isn’t even necessarily possible using Stand-by alone. And for that matter, first time guests may not even know which attractions are best experienced with FastPass and “waste” their choices on shows that don’t need it. In other words, FastPass+ was meant to simplify and equalize access to FastPass, but arguably made the system even more easy to flub.

When Disney World opened in 1971 with its single theme park, Magic Kingdom, Disney was still using a single, low-cost general admission price, with individual ride tickets purchased and exchanged per ride or packaged in ticket books. Once EPCOT Center opened in 1982, all Disney parks switched to pay-one-price admission with rides and attractions included. Even though that sounds like it would simplify matters, it actually made things… well… more complicated. For the better part of the ‘80s and ‘90s, ticket options gained increasingly confusing names (“World Passport,” “Park Hopper,” “Super Pass,” “Value Pass,” “All-in-One,” “Around the World,” and even the “Super Duper Pass”) meant to bundle the Vacation Kingdom’s parks and experiences.

Today, Disney is still working off of the Magic Your Way system launched in 2005. In theory, it’s simple. You begin with a “Base Ticket” for a number of days (1 - 10, with the price per day decreasing as the length of stay increases), then layer on add-ons that today have been simplified to  “Park Hopper,” “Water Park & Sports,” or both, with the total ticket price fluctuating depending on the day of first use. While a little reading of the fine print makes it sound pretty straightforward, it’s easy to get the tickets “wrong.”

We get it: your trip to Disney World may be once in a lifetime, so going for the most inclusive ticket might sound right. To that end, the Water Park & Sports add-on includes a number of visits (equal to the number of theme park days on your ticket) to Disney World’s “other” attractions. A four-day theme park ticket gives you four adds-on, to be divided however you like between Blizzard Beach, Typhoon Lagoon, the NBA Experience, ESPN Wide World of Sports, golfing, or a before-4-PM visit to either of Disney World’s miniature golf courses.

But are those experiences everyone in your group wants to do? Do you actually have four extra days to spare, or will those experiences eat into your theme park days? Might you be better off spending those extra days at Universal Orlando, Gatorland, or Weeki Wachee Springs instead? And the other add-on option only further complicates your trip... Yep,  it's time to talk about Park-Hopper. Read on...