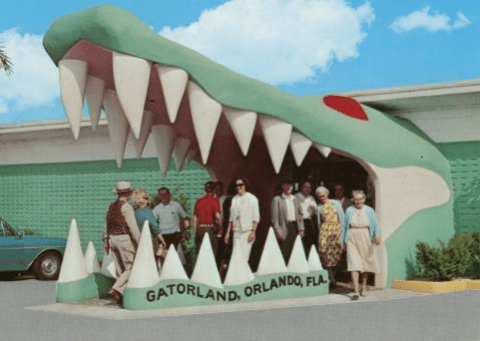 And if you can believe it, tourism even existed in Florida existed before Mickey set up shop in the formerly quiet wetlands of Orlando.

In fact, you don’t need to drive far from the entertainment epicenter of Orange County to find yourself in real Florida – a land of wildlife, mangroves, wetlands, wildflowers, beaches, and natural, spring-fed lakes. Even today, as Harry Potter and Star Wars battle it out behind the gated walls of corporate playgrounds, other worlds exists just a daytrip away... That's exactly the reason our Roadside Wonders series took a detour from Disney in our in-depth look at Weeki Wachee Springs, where generations of tourists have come face-to-fin with real mermaids...

But before Weeki Wachee – and, in fact, before Florida was even called Florida – this part of the world has been home to something decidedly prehistoric. For almost seventy years, Gatorland has proclaimed itself the "Alligator Capitol of the World." And for generations of travelers, this swampy animal park along Orange Blossom Trail – just 30 minutes from Magic Kingdom – has been as much an annual tradition as a ride on Peter Pan's Flight... 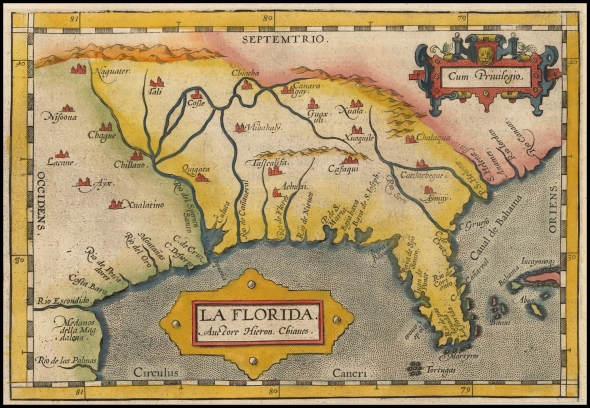 1587. Image via University of South Florida

When Spanish explorers first landed on Florida's coast in the 1500s, they encountered something unbelievable: gargantuan, 9-foot long, dark green reptiles with wide snouts hiding in the freshwater swamps and rivers of this new land. They called the fearsome creatures, "el lagatro" – "the lizard" – and the name stuck.

Despite its scientific name (Alligator mississippiensis), there's no place on Earth as tied to the alligator as Florida. Of the 5 million American alligators thought to be on Earth today, it's estimated that a quarter live in Florida. Alligators haven't just postcard-ready icons of Florida; they've been a real part of life in the region. 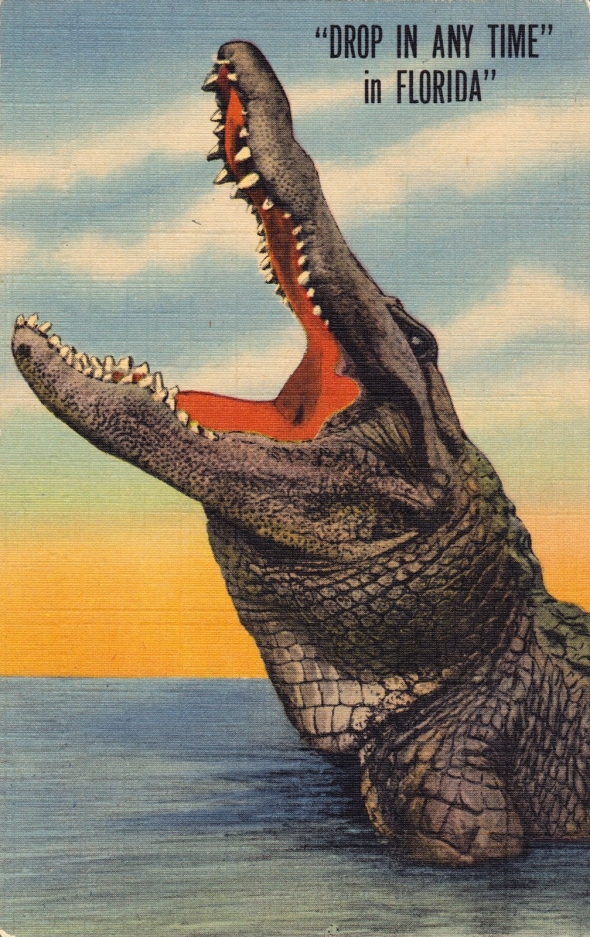 Consider our important case today: Owen Godwin. Godwin was born in 1905 (four years after Walt Disney) and grew up in the tiny Central Florida town called Kissimmee Island. Back then, the interior of Florida was practically remote wilderness for most, accessible only via railroad; a place where the well-to-do of New England escaped bitter winters. The small ranching community of Kissimmee Island had grown around a passenger train station where tourists would disembark and catch a steamer ship to Palm Beach, and throughout his childhood, Owen and other kids of Kissimmee would sometimes show off local snakes and young alligators to arriving tourists hoping to score a tip.

When Godwin was married in the 1930s, he and his wife, Pearl, built an alligator pit in their backyard. Though he worked as a butcher and postman, his wife would sell gator-good – leather belts, key chains, and more – from the family kitchen, with guests then invited out back to see the alligators up close... And that got Owen Godwin to thinking... might there be a future in showcasing these legendary Floridian beasts? 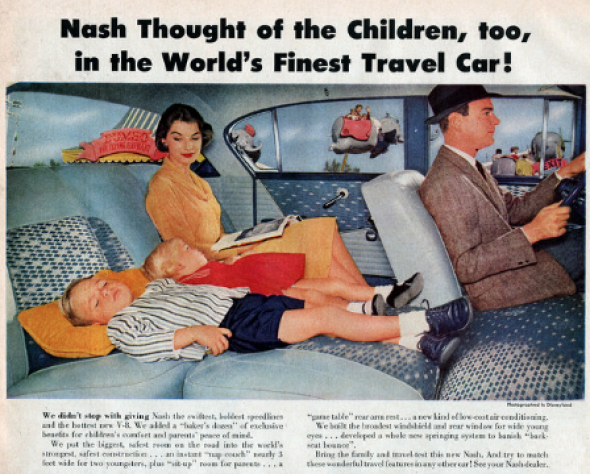 So in 1947 – just as World War II was ending – servicemen returned from overseas to find an entirely new world. The G.I. Bill provided benefits in housing and education that allowed former soldiers to reestablish themselves in this new world where women ruled the workforce and had no intention of returning to domestic duties. An entirely new economy was born as households with two working parents literally created a middle class. For the first time in history, average, everyday people had three things: an automobile, money, and leisure time in which to use them.

That's why we can essentially say that the family vacation was invented in the 1940s and '50s, right as the American interstate highway system began installation. The same "perfect storm" that would allow Disneyland to bloom in California also fueled the glorious roadside attractions of Florida. In fact, the 15-acre plot Godwin purchased was a "borrow pit," having been excavated for dirt used to build the new US Highway 441 – the state's second-most traveled highway at the time. 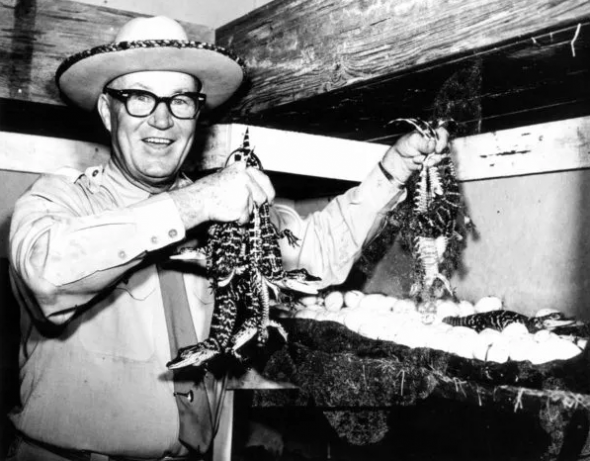 In 1949, Godwin and his wife officially opened the Florida Wildlife Institute with a sawdust-floor gift shop, snakes and alligators on display in pits beneath precarious boardwalks, and Seminole native people "wrestling" gators for tourists.

In the 1950s, Godwin decided that the Florida Wildlife Institute sounded a bit too governmental and renamed the facility Snake Village and Alligator Farm. To advertise, he retrofitted a trailer with a fan, heater, and bathtub to go on a traveling, circus-style viral marketing roadtrip with the 12-foot long alligator, Cannibal Jake. Stopping in cities along the East Coast, Godwin would invite curious locals to step aboard and view the mysterious Floridian monster... for a dime each. 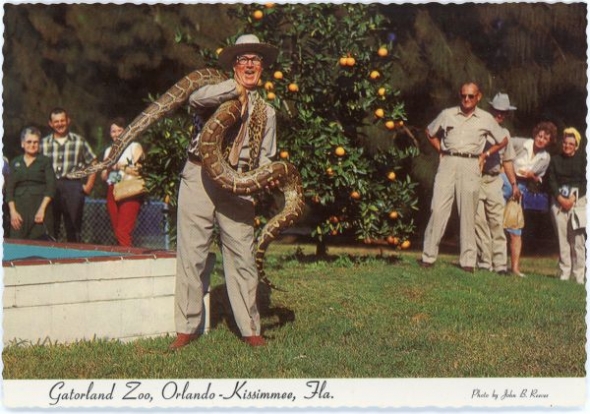 He also stumbled upon one of his most prized possessions: Bone Crusher, a 15-foot-long, 1,080-pound American alligator. The oversized, larger-than-life alligator was a perfect pair for Godwin's cartoonish personality. He was known to dress in safari gear and adopt the personality of a world-traveler and carnival barker. Godwin's invented persona would fit right in at the Lost Legend: The Adventurers Club that would eventually develop just down the road.

In 1954, Snake Village and Alligator Farm recieved yet another rebranding. Yes, Gatorland officially predates Disneyland by a full year.

It worked. Throughout the '50s and '60s, Gatorland – like other Florida roadside attractions – grew. You have to imagine this era of American history... Dorothy May's piece in the spring 2009 Florida Historical Quarterly even notes that the 3M Corporation conducted a survey in the mid-'60s on Florida tourism, which showed that 29% of tourists traveling through Florida by automobile had no plans at the beginning of the day but to set out into the state and stop at interesting sideshows. Another 49% had no definite itinerary or stops planned other than trying to get to a certain town by nightfall! 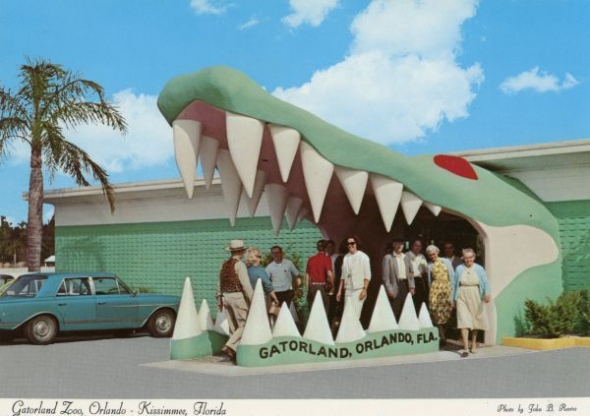 And these tourist attractions offered very little in the form of marketing, instead hoping to appeal to passers-by with kitchsy, memorable roadside signage or stunts. Which is why, in 1962, Godwin's youngest son, Frank, designed an entirely new, eyecatching entrance for the park... a massive, open alligator mouth that guests walk directly into! The instantly-recognizable architectural feature has become a scene-setting icon of central Florida and of roadside attraction.

And even when Orlando found itself adjacent to the insulated "Vacation Kingdom of the World" in the 1970s, Gatorland did what its animal stars had been doing for millions of years – it adapted. What's it like to step into Gatorland today? On the next page, we'll look into seven of the park's most famous features...