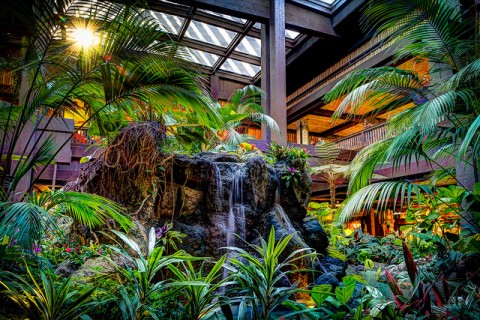 Have you ever heard the phrase, “You eat with your eyes first?” I disagree with the notion. I believe that your nose guides you the most. Whenever you sniff something intoxicating, you can’t help but approach. Imagineers have mastered the art of manipulating you via smells, and that’s actually a good thing! Here are 11 of the best scents at Walt Disney World.

Who doesn’t love the scent of popcorn? For nearly a century, movie theaters have used the fragrance to drive concession sales. Epcot employs a similar technique at the Canada pavilion. Since it’s one of the first places guests visit at the World Showcase, the wafting smells lure them out of Future World. Anyone who visits the Canada Popcorn Cart gets rewarded with some of the tastiest treats anywhere.

One of the most memorable moments occurs during a zealous rendition of Be Our Guest. Champagne bottles pop during the uncorking, and a warm blast of air shoots at the crowd. As part of the effect, a fruity champagne smell explodes in the air, immersing guests in the illusion. It’s intoxicating.

Okay, you may have turned your nose up at the thought of monorail aromas. I accept that some of the trams smell like, well, soiled diapers. But I’m not referring to the monorail ride itself. I’m talking about that spot on the fourth floor of Disney’s Contemporary Resort where you see the security checkpoint for the monorails.

You’re still walking through the invisible mist that blankets the hotel in pleasant aromas, but Disney mixes it up just a bit by the monorails. Maybe that’s just the smell of the system operating. Whatever the explanation, it’s delicious.

Packages of Werther's Originals will put a smile on the faces of children and the elderly alike. These caramel hard candies combine the joy of sucking on a mint with the sublime taste of toffee. Karamell-Kuche functions like a magnet for guests, as the scent of these caramels permeates across World Showcase pavilions. I’ve grown pretty good at resisting temptation when I smell the caramels, but it’s only because I’ve built up a tolerance. There for a few years, I always came home with several bags of Werther’s Originals.

This one works a bit differently than the others on the list. On its own, Gran Fiesta Tour doesn’t feature any distinguishing characteristics. However, early in the ride, you float by San Angel Inn Restaurante. And the Mexican cuisine will drive you wild. It’s funny. Whenever I dine at this restaurant, I want to jump on Gran Fiesta Tour. Conversely, whenever I take the boat ride, I covet a meal at San Angel. But the restaurant’s aroma mesmerizes me anytime I’m at the Mexico pavilion.