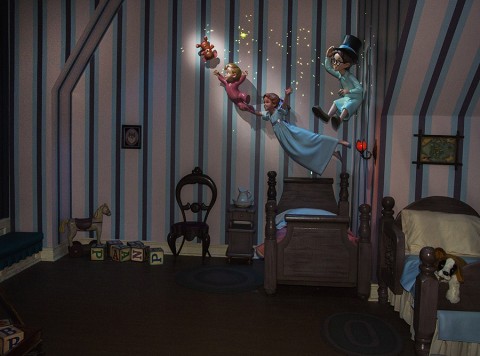 Imagineers demonstrate their skill in new ways each day. They could enhance an attraction with something as straightforward as claw marks in the theater for Country Bear Jamboree. Alternately, they could build an entire mountain…or Spaceship Earth. At Walt Disney World, every attraction demonstrates the genius of Disney’s prized creative team. Some tower above the rest, though. Here are the best Imagineering tricks at Walt Disney World.

Did you know that park guests cause explosions on Big Thunder Mountain Railroad several times a day? No, they don’t earn a permanent spot on government watch lists for this behavior. Instead, it’s something that Disney fully encourages.

A few years ago, Big Thunder Mountain Railroad got plussed up as part of a refurbishment. As part of the package, sticks of dynamite populate the line queue and the side of the mountain. Guests will notice them the most toward the end of the ride, as explosions trigger. But you can blow stuff up on your own, too.

At a certain point in the line queue, you’ll walk past interactive cranks and detonators. Once you crank the device to its maximum capacity (look at the gauge), push the detonator. Alert viewers will receive the reward of a cloud of smoke on the man-made mountain. Yes, you’ve just blown up a small part of Magic Kingdom! Congrats?

The advent of digital mapping has redefined the level of detail available. Imagineers previously constructed Audio-Animatronics (AAs) to look as human as possible. Sure, they accomplished some spectacular designs, but everyone could tell that the artificial beings were, well, artificial.

As demonstrated in The Imagineering Story, Disney can create full 3D animatronics now. Using computers, one group of Imagineers digitally maps the robot's design in remarkable detail. Then, when another team constructs the faces, they're capable of much more vibrant detail.

Imagineers invented this technology for Seven Dwarfs Mine Train, and it required several different groups to work together jointly. Otherwise, none of this would be possible.

The most impressive facial techniques are on display when guests visit Arendelle. Imagineers have brought the characters of Frozen to life on this ride. As your boat floats down the river, you'll intuit precisely what the various animals and humans are thinking merely by their expressions.

Sven’s wondering why he licked that thing, Elsa’s frustrated by circumstance and ready to let go, and Anna’s feeling the connection to her dear sister. It’s a powerful representation of how far Audio-Animatronics have come since the 1964 New York World’s Fair.

During the 19th century, John Henry Pepper performed a trick so unimaginable that it spawned a saying. Whenever you hear “done with mirrors,” someone is acknowledging Pepper’s genius. More precisely, you’re admiring Pepper’s Ghost.

Pepper experimented with a theory about identical rooms. He noticed that a perfectly angled mirror could cause a bleeding effect. Objects from one room would reflect into the other, presuming that he angled the mirror correctly. This idea became a staple of carnival mirror rooms, and it also provides the basis for one of the most beloved Imagineering tricks ever.

As your Doom Buggy carries you through Haunted Mansion, you’ll stumble on a ballroom sequence. The patrons at this party change in number, depending on the moment. Some appear as disappearing ghosts, a chilling thought on a scary ride. They’re not really vanishing, though.

A hidden room called a blue room permanently houses all of these options. Plexiglas reflects the images into the ballroom thanks to the refraction of light. Imagineers dim the lights in the blue room to hide all them from sight.

When the moment arrives for the ghosts to appear, the lights gradually increase in the hidden room via dimmer switch techniques. Suddenly, the ballroom includes a bunch of party crashers! It’s one of the oldest tricks in the book, yet Imagineers found a way to perfect it.