Behind the Show: Mickey's PhilHarmagic 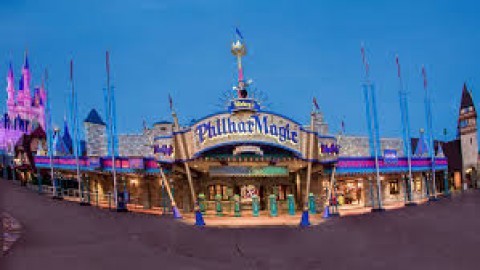 Fantasyland at Magic Kingdom houses one of the most unique offerings in the entire Disney theme park library. I’m speaking of Mickey’s PhilHarmagic, an elaborate show that is accurately described as Disney Animation’s Greatest Hits. It's the perfect presentation for Disney fans because it's an attraction that's really a movie. PhilHarmagic is a magical production and one of the hidden gems of Walt Disney World. Let’s go Behind the Show to learn how Imagineers created this brilliant production. 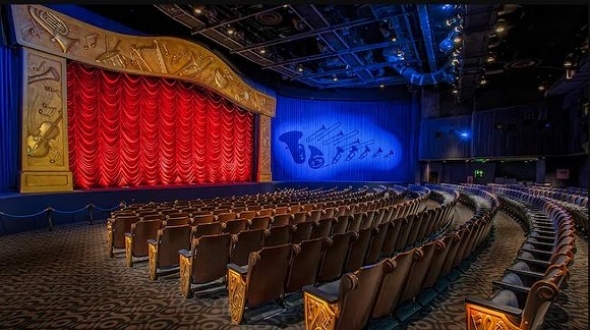 Image: DisneyAt the turn of the millennium, Magic Kingdom officials embarked on an ambitious project. They attempted to tell an entirely “new” story using select scenes from favorite Disney classics. They wanted Donald Duck to go on a big screen adventure for the ages.

To accomplish their vision, Disney needed to meld the technical wizardry of Imagineers with the storytelling skills and animation abilities of Walt Disney Animation Studios. Mickey's PhilHarmagic would become the first joint development between these groups in many years. In fact, it’s one of the rare instances of this kind of coalition since Walt Disney himself worked closely with his animation team back in the 1950s.

The project hinged on several factors. Disney needed a story worthy of the assembled talent, one that would entice theme park tourists to watch the show again and again. And they also required a facility capable of exhibiting the film that they had in mind. The latter required Imagineering to do the impossible yet again. They were forced to build something that didn’t exist. 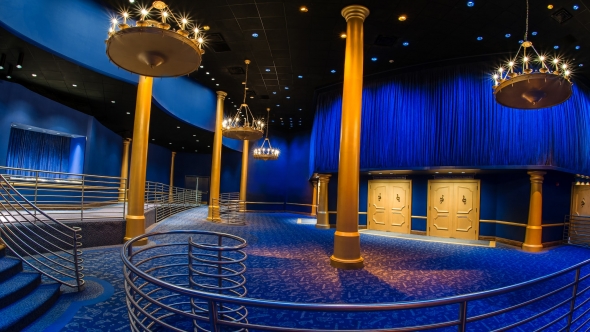 Image: DisneyFrom the earliest stages, Imagineers understood that this project would require realism. To achieve that goal, they wanted to display their film in 3D. At the turn of the 21st century, 3D technology was still in its nascent phase. 3D cinemas were generally only available as part of IMAX theaters. Standalone 3D theaters simply didn’t exist.

For PhilHarmagic, Disney had to commission the largest screen ever made specifically for such a presentation. They fabricated a 150-feet wide movie theater screen that is also 28 feet high, a monolith of a 3D display. It stretches almost 180 degrees, meaning that it comprises virtually your entire line of sight including your peripheral vision. And they added a few special touches.

Disney advertises PhilHarmagic as a 4D experience. This bit of marketing is an old school horror movie trick started by auteurs like William Castle. To give some oomph to the scariest parts of movies, Castle and others would ask movie theater employees to make scary noises.

Frightening guests isn’t Disney’s thing, so they take a gentler approach. During the show, water will mist on guests, smells will fill up the theater, and winds will blow in the faces of viewers. This fourth dimension explains why PhilHarmagic is such an immersive experience.