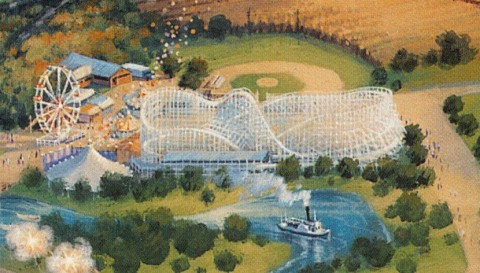 Though it’s easy to forget today, when Disneyland opened in 1955, Walt’s opening day speech called for it to be “dedicated to the ideals, the dreams and the hard facts that have created America…”

It’s no accident that Walt’s biggest projects within Disneyland – including the park’s original themed lands – told a piece of the story of America, from our frontier past to our Space Age tomorrow; from the comforts of home on Main Street to the pop culture exoticism of what “adventure” meant to Americans in Walt’s time.

But even if history has always played a part in Disney Parks, it’s got nothing on the strangest theme park Imagineers ever designed: a new Disney theme park that was officially set to open in 1998… but never did. That’s why our Possibilityland series is here. Part of Theme Park Tourist’s renowned LEGEND LIBRARY, these in-depth features cover the full stories behind could-be classics from Discovery Bay to Muppet Studios; Tomorrowland 2055 to never-built Disney “mountains”. 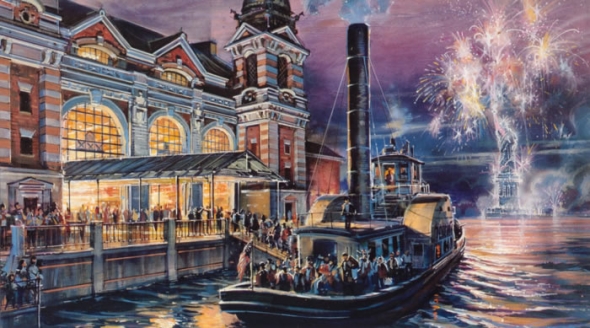 Announced in 1993, Disney’s America would join the historic tourist attractions of Virginia just outside of Washington D.C. A living history park, this new prototype theme park would’ve dispensed with Disney’s fantasy in favor of the hard facts – and we mean hard – that created America… How did Disney plan to turn a country’s sometimes-tumultuous history into its first-ever regional theme park? Let’s find out. 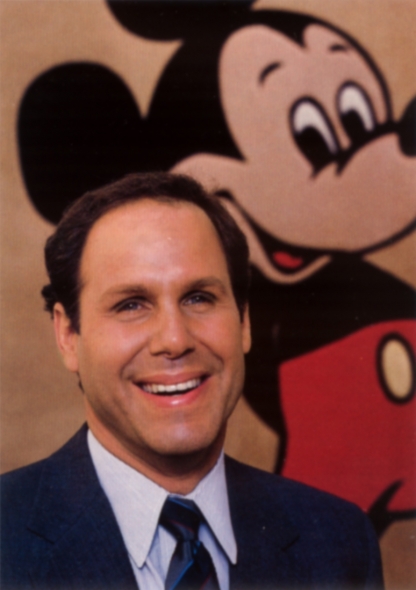 Like so many stories that populate our Legend Library, the tale of Disney’s America can’t be told without Michael Eisner. Back in the late-‘80s, Eisner was the still-fresh CEO at the helm of Disney, and in his first decade, things were looking up. Eisner made no qualms about his ultimate goal, and he was slowly-but-surely transforming the tired and lifeless Walt Disney Productions of the '70s into the modern Walt Disney Company we know today, amassing media subsidiaries and kicking off the Disney Renaissance in theaters.

It’s well known that one of Eisner’s biggest projects for Disney Parks was the opening of the Disney-MGM Studios – a park that would play into Eisner’s interests and experiences as the former CEO of Paramount Pictures.

But the unspoken truth about Walt Disney World’s third park is that Eisner knew all along that it was a “half-day” park. In fact, the studio was specifically designed to be built in phases, growing out from its miniscule core (featuring only seven attractions – just two rides – at opening), but only as attendance demanded.

The opening of the Studios park (and its stellar attendance and subsequent expansion) proved Eisner’s point: Disney could open new theme parks without the ride count, detail, or intricacy of Magic Kingdom or the vast, epic, monumental investment of Epcot. (An assurance he would later put to use in creating the Declassified Disasters: Disney’s California Adventure and Walt Disney Studios Park… but we digress…) 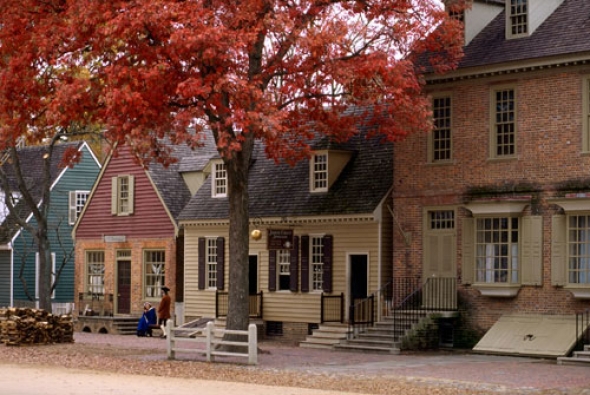 In 1990, Eisner and a team of Disney executives flew to Virginia, where they visited Colonial Williamsburg – a “living history” village of restored (and recreated) historical buildings dating to 1699. Unique for its Disney-like exclusion of the outside world, Colonial Williamsburg is a 173-acre village whose streets are open to the public. There are historic mansions and manor houses with sprawling gardens, the Governor's Palace, churches, courthouses, parks, and more, all centered on the preserved Duke of Gloucester Street (above). 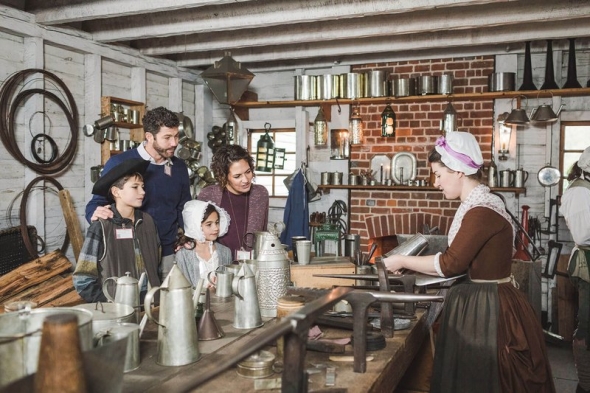 Within each shop, home, mansion, and garden, costumed interpreters are more than just actors; they’re authentic tradespeople who make wigs, soaps, candles, bonnets, barrels, and clothing; repair shoes, practice blacksmithing and glassblowing; tailor and sew; cook and farm precisely as was done in colonial times in an effort to keep these historic trades alive.

Allegedly, Eisner and his team were inspired by their visit. Not only was Eisner said to take particular interest in the stories he’d read of Pocahontas and John Smith while visiting, but he also began to envision Disney’s ability to become a part of the beautiful, forested hills of eastern Virginia…

Eisner and his team immediately set to work scouting the Prince William County area for property… They found it, purchasing or holding options for nearly 3,000 acres outside Haymarket, Virginia – strategically, about 40 miles west of Washington, D.C. and within the market of both Kings Dominion and Busch Gardens Williamsburg amusement parks. 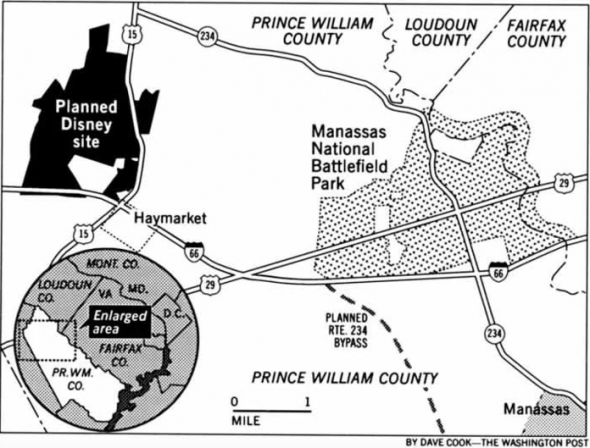 While plans might’ve initially called for Disney to fill the Virginian property, the 1992 opening – and subsequent disastrous financial meltdown – of Disneyland Paris changed Disney Parks forever. Throwing the cautionary, start-small philosophy of the studios park to the wind, Disneyland Paris was stunningly overbuilt and massively undervalued by the French. Eisner famously commented two years after its opening,  “Everything is possible… including closure,” and “I don't know whether a private company can ever spend this kind of money.”

We know that Eisner would be humbled by his experience with the French park. In his 1998 memoir, Work in Progress, he wrote, “Chastened by the rising costs of Euro Disney, we began to look for ways to develop smaller-scale theme parks.” In other words, Eisner backed down from the epic, elaborate, full-scale resort strategy (and, of course, would go on to cancel or cost-cut every major project Disney had in the pipeline for decades). It stood to reason that Disney’s future might lie in smaller, regional parks… Disney could build seasonal properties that would compete with parks like Kings Dominion and Busch Gardens… Get it?  The Virginia property fit the bill.

A new kind of park 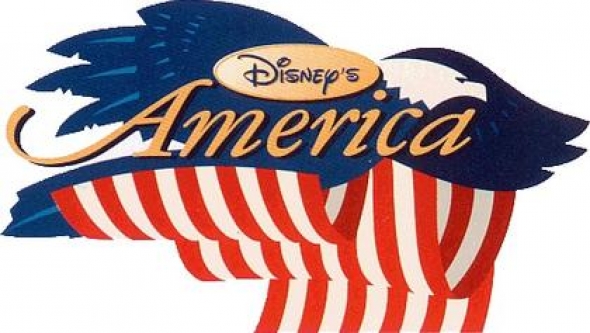 The park would be quite unlike anything Disney had done before. Certainly, it would be smaller – adequately sized for its seasonal status and placement among other regional parks – but would still feature a resort hotel, golf course, RV park, and retail center.

As for the park’s potentially political position and its broaching of sensitive topics, Disney Senior Vice President Bob Weis offered, “This is not a Pollyanna view of America. We want to make you a Civil War soldier. We want to make you feel what it was like to be a slave or what it was like to escape through the Underground Railroad.” Peter Rummell, President of Disney Design and Development, doubled down: "An intelligent story, properly told, shouldn't offend anybody ... But we won't worry about being politically correct." 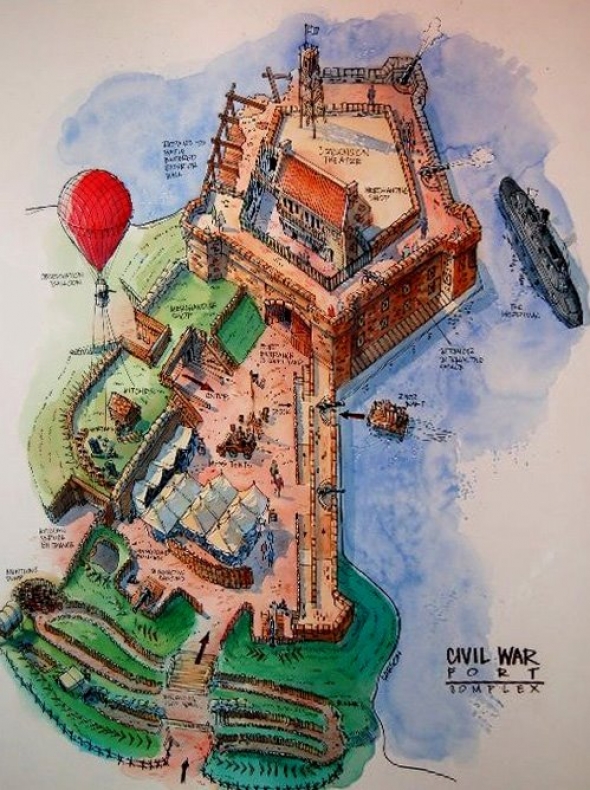 Publically blessed by Virginia’s outgoing and incoming governors who vowed to “kick down any hurdles,” it seemed at Disney’s America was a shoe-in, with Disney promising 3,000 permanent jobs and $500 million in tax revenues for Prince William County.

What rides would Disney’s America have contained? We’ll step inside on the next page…