It won’t surprise you to find that Disney’s America was never built. As with any cancellation of a billion-dollar project, it’s difficult to determine a single cause. In fact, the reasons are numerous and complex. Here are just a few:

1. PUBLIC PRESSURE. Though polls showed that a majority of Virginians supported Disney’s America (also evidenced through a “Disney’s America: Good For Virginia” bumper sticker campaign), a prominent group of historians (called Protect Historic America) launched an all-out assault on the project, calling it a “commercial blitzkrieg” that "would desecrate the ground over which men fought and died." 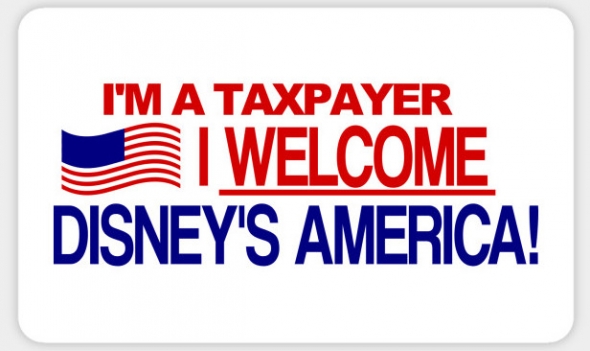 A modern bumper sticker by passport2dreams, available for sale here.

Perhaps owing to the fact that he'd faced similar resistance in the building of Disneyland Paris, Eisner was prepared. He went on a damage control P.R. spree, refuting, "it's private land that is not in the middle of a historic area” and calling out Protect Historic America’s academic members, saying, "I sat through many history classes where I read some of their stuff, and I didn't learn anything. It was pretty boring."

2. CULTURAL COMPETITION. Numerous historic sites, museums, and non-profits spoke out against Disney’s America, fearing that Disney’s highly publicized revenue-generating theme park would be one too many tourist attractions for the D.C. area and would cannibalize non-profit organizations like Colonial Williamsburg. 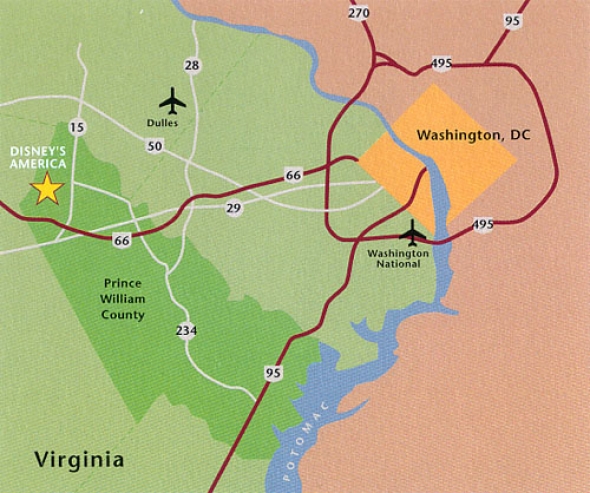 3. STAGGERING STIMULUS; LOUSY LOGISTICS. Of course, the opening of a Disney theme park near the Historic Triangle would bring an estimated 35,000 vehicles per day tearing into the area. As a result, the physical infrastructure around the Disney property would need a massive overhaul, with over $163 million in funding requested from the State of Virginia for road improvement and relocation costs, while locals imagined the motels and fast food strip malls that would doubtlessly follow. A further $50 million would need paid by the county to prep water and sewer lines, all while Disney was awarded tax subsidies and reimbursements!

What's more, Disney executives privately began to ponder whether the regional park model was for them... After all, such smaller parks would – by design – be farther from metropolitan areas, lack surrounding infrastructure, and – for most of America, at least – would only be open seasonally. Even in the fairly warm Virginia, Disney's America would only be open seven days a week during the summer and early fall before transitioning to weekends-only, then closing from January through March... a business model familiar to regional park operators, but seriously cutting into Disney's expected revenue.

4. REALITY STINKS. Frankly, it’s hard to imagine why Michael Eisner – a man who inherited the 2-year old Epcot at the height of its most classic and beloved form and apparently had no idea what to do with it or what it should be – would even be interested in a park determined to present the realities, messiness, and hard truths of history without Disney characters, popular IPs, or Disney's signature idealism. 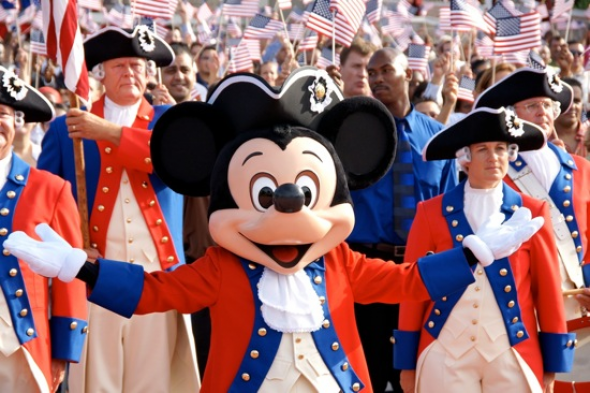 The most hard-hitting criticism of Disney’s America would be the difficulty in addressing the realities of American history. Groups fought against the (imagined) prospect of Disney selling “little souvenir slave ships” as emblematic of the problem. A group of U.S. representatives from across the country even spoke up, offering as an example that the Civil War should "not [be taught] by Minnie and Mickey Mouse and Donald Duck."

And while that's a hyperbolic exaggeration, it brought up a valid point: what exactly made The Walt Disney Company an appropriate editor of the story of American history, choosing what to include and how? Why should Disney get to revise and retell America's story however they want? Even the park's name – Disney's America – was a sort of damning admission of the park's editorializing and commercialization of the country's identity. Which is why plans briefly changed...

In August 1994 – less than a year after its official announcement – Michael Eisner had effectively been convinced that Disney’s foray into being the narrator of American history was doomed. Jim Hill Media reports that in a quick thinking attempt to salvage the project, Eisner had his team draw up plans for the property just a little differently. The so-called Disney’s American Celebration would de-politicize and “de-historize“ the park, opting for a cultural exposition of what makes America great in EPCOT-style pavilions. To name just a few as detailed by Jim: 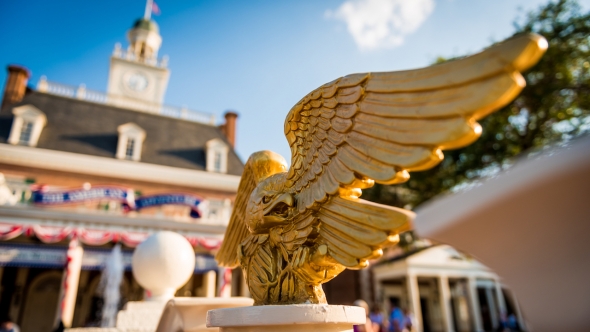 You can see how this alleged concept sketch completely reimagined and redefined the park, removing the living history aspects as well as any tough talk of real history and uncomfortable realities in favor of universally agreeable and evergreen celebrations of music, food, innovation, and family. (It may also have been more amenable to character introductions since it spoke of lofty American ideals and concepts rather than interpreting important historical events.) 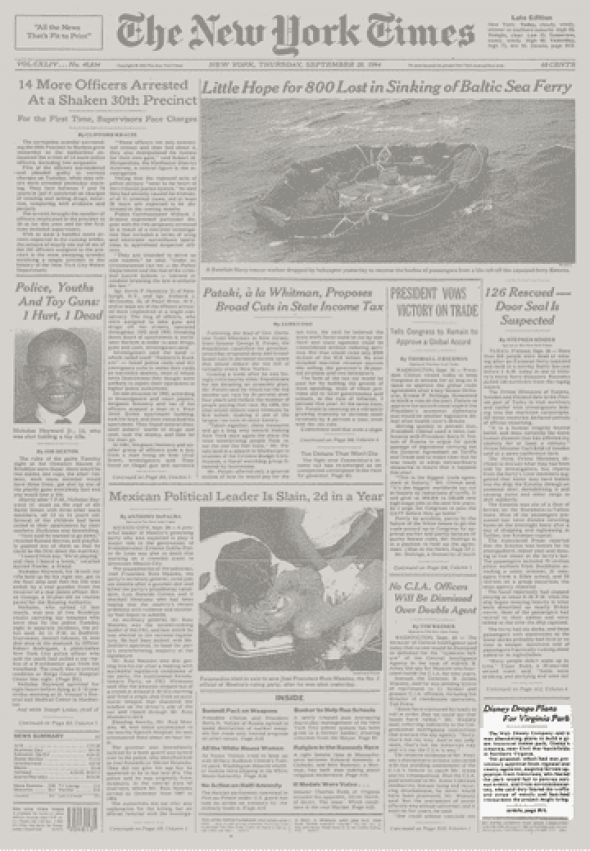 Even still, Disney’s American Celebration barely made it out of brainstorming. On September 28, 1994, Michael Eisner announced that Disney was officially cancelling its plans to build a history-themed park in Virginia. But that didn’t mean Disney’s America was done… Just when it seemed that Disney’s America might well and truly be scrapped, an unusual opportunity presented itself on the other side of the country… Instead of building Disney’s America, Eisner considered buying it. Read on…