D23 Disappointments! Shocking Silence Around Several Projects We Expected To Hear About… 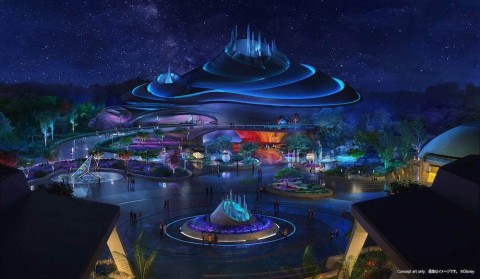 Usually, fans leave the semi-annual D23 Expo panel with a whole lot to talk about. As well as providing updates on high profile projects, the eagerly-awaited Parks Presentation is the Disney Parks’ equivalent of an Apple Event: a chance to make big announcements, capture headlines, excite fans, and get people talking. Nearly every major project of the last and next decade has first been made public at D23, and as ever, 2022 left fans gathered around live-streams, live-tweeting, and (hopefully!) following along on Theme Park Tourist as we got new information, new concept art, and new headlines.

Given the three year stretch and myriad of project cancellations since the last D23 (due to the pandemic), fans expected big announcements this year, with epic new attractions sure to send the crowd cheering. We even collected a list of high profile projects fans felt pretty certain we’d see announced. But instead, Disney Parks' biggest fans left Hall D23 in Anaheim with something they’ve never left D23 with before: zero new anchor attractions announced.

Yep, we can say without a shadow of a doubt – the Iger era of big budget projects, timeless additions, sweeping park updates, and mega-E-Tickets has ended. Welcome to the Chapek era, where high-yield merchandising, synergy-focused meet-and-greets, IP-obsessed overlays, and non-committal, budget-hawked mini-projects are sprinkled across theme-parks-turned-brand-loyalty-centers; where Disney Parks exist only to make Disney + Pixar + Marvel + Star Wars real and consumable; where parks are thematically interchangeable and equally as likely to have Moana or Zootopia or Frozen expansions, and where new project teases feel like threats…

Listen, you know what was announced at D23 – for better or worse. But today, we’ll look into eight projects we really, truly thought would be the headlining announcements of the Expo, but weren’t even addressed, leaving fans shocked and disappointed. Were you surprised by the lack of real news at D23, or is this what you expected from Chapek’s Disney?

If you're a longtime Disney Parks fan, then you know that at the last D23 Expo three years ago, EPCOT was the Parks Panel’s golden child. Though it had been clear for years that a sort of informal update to the park was underway, 2019 revealed the park-wide concept art (above) and concrete details for an all-at-once, master-planned revitalization of the park. Ranging from massive new rides (like Guardians of the Galaxy: Cosmic Rewind and Remy’s Ratatouille Adventure) to minute upgrades to pathways, color palettes, and textures, EPCOT’s reimagining has been big… while also having significant setbacks, cancellations, and redirects.

Given that so much of EPCOT's redesign was made public in 2019, no one would’ve expected EPCOT to be the focus of this year’s D23 (even if we did expect updates on several projects that were barely mentioned). Still, it would seem that the D23 Expo would at least be a great opportunity to announce a 40th Anniversary celebration for the park since that landmark date occured just a few weeks after...

Instead, we merely heard that the brand new nighttime spectacular Harmonious will “glow away” sometime in 2023 to make way for yet another new lagoon show. Obviously, Disney didn’t mention whether that’s because of the existing show’s lukewarm reception or because they had always planned to run their multi-million dollar, hardware-intensive nighttime show for just 18 months… But regardless, it sounds like the new show will be more a celebration of the Disney 100 promotion (unsurprisingly, packed with animation) rather than having anything to do with EPCOT’s anniversary, anyway. (Though the interstitial "Epcot Forever" show is likely to play in between, which we guess could be counted as an EPCOT 40 win.)

Frankly, it makes sense that Disney doesn’t want to have Walt Disney World host a promotional anniversary celebration with EPCOT as the centerpiece while half the park is covered in construction walls, but surely some announcement of an EPCOT 40 addition or feature would’ve been nice.

A “New Tomorrowland” for Disneyland has been about the worst kept secret at Imagineering for years. And trust us, it’s needed. As we explained in our list of things we expected to hear about at D23, Disneyland’s Tomorrowland is in rough shape both in terms of its substance and its style.

Universally, fans have begged Disney to sweep through the land with an aesthetic upgrade, ideally adding some substantial new rides while they’re at it. But of course, the much-needed project seemingly kept getting sidelined by character-focused IP projects, like Galaxy’s Edge, then Pixar Pier, then Avengers Campus, etc. Finally in 2020, Disney announced a "cleaned up" entrance to the land... but would Disney ever commit to a New Tomorrowland? And if they did, would it just be filled with cartoons?

Ahead of this year’s D23 Expo, it was all but confirmed that a finalized New Tomorrowland project would be the big reveal for Disneyland, introducing a whole new retro-futuristic style and even ushering in the return of the Lost Legend: The PeopleMover to the park. Fans waited with baited breath as Parks Chairman Josh D’Amaro riffed on the panel’s title (“A Boundless Future”), referencing “great, big, beautiful tomorrows” and other fan-service hints of a New Tomorrowland as the panel’s final reveal. When D'Amaro brought up Tokyo Disneyland's redesigned Space Mountain, it seemed like the perfect segue to talk about Disneyland's plans...

Instead, the presentation ended with a bizarre, ambiguous, uncomfortable session where Disney Feature Animation head (a bad omen for park purists…) Jennifer Lee came on stage to tease how much everyone hates Dinoland and that (despite Joe Rohde himself alluding to the film’s poor fit for the park and fans’ worst fears), a Zootopia land would replace it … but actually not. Just maybe. Or maybe not Zootopia, but Moana instead? Maybe both? Who knows. Nothing’s greenlit, and it’s all just “what if.” (Similarly, maybe a Coco mini-land at Magic Kingdom? With an Encanto mini-land next to it? But probably not. Anyway, isn’t the era of the Disney+ Park, the age of revenue-over-guest-satisfaction, and the leadership of a franchise-focused, IP-obsessed, synergy-fueled CEO fun?)

The awkward, non-committal, real-time “Raise your hand if you want Coco in Frontierland? Okay, and how many for Encanto?” fan survey was an inconclusive, uncomfortable, and totally non-committal way to end the panel… and considering that Disneyland’s New Tomorrowland didn’t even get precedence over that, maybe the California park’s “great, big, beautiful tomorrow” isn’t as close as we were lead to believe…

Wow Brian, what a powerhouse of an article. I had heard bits and pieces of the D23 discussions as well as listened to a podcast or two, but you did an excellent job of summing everything up in one place, with all the available artwork included. And your exasperated tone sums up the feelings of all Disney fans who feel like they've been brushed off, while expected to keep paying up. Thank you for all the time and care you put into this article, it is truly baffling how Disney expects to keep filling those tens of thousands of pricey hotel rooms when they're not giving their core fans anything to get excited for.