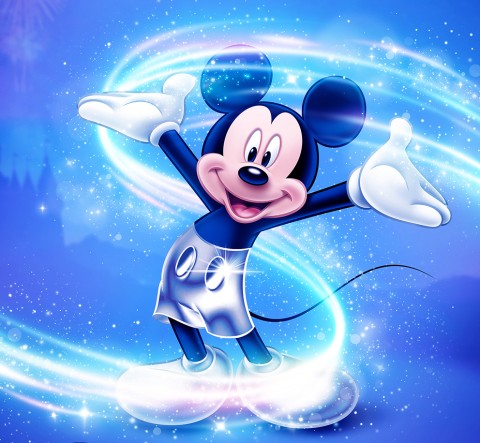 Another year of D23 Expo has come and gone and 2022’s event brought with it a whole host of exciting announcements as we now look forward to an exciting future ahead in the Disney parks.

Since D23 Expo runs across three days, it can be hard to keep track of all of the amazing news that comes out of Anaheim, so here's a look at all of the exciting theme park news you might have missed from D23 Expo 2022.

Happily Ever After is back!

After months of wishing and hoping from parks fans everywhere, Happily Ever After will officially return to the Magic Kingdom next year and we cannot wait to experience the magic of this stunning night time show once again. No exact date has been confirmed as of yet, though many are speculating it could return once the 50th anniversary celebrations conclude on March 31, 2023 which, at the minute, seems like the most likely scenario!

We’re certainly among the majority that were hoping D23 Expo would bring an update on TRON Lightcycle / Run’s status at Magic Kingdom and thankfully we (sort of) got an opening date! Originally slated for October 2021, the ride will now aim for a Spring 2023 opening, although it still remains to be seen whether it will open before the 50th anniversary is officially over! We were expecting a more exact date at this stage, but it’s certainly good to at least have some idea of when this ride will finally start welcoming guests.

Tiana’s Bayou Adenture is one attraction that we have certainly been excited to get more information on and D23 expo kicked off with an exciting look at the concept model for the ride which is set to take over Splash Mountain into both Disney’s Magic Kingdom and Disneyland Park in late 2024. The highly anticipated parks panel then yielded some interesting new details about how the ride will continue the Princess and the Frog story, before it was confirmed that some of the film’s original cast will return to reprise their roles for the attraction, including Princess Tiana herself, Anika Noni Rose. As more and more details emerge about this attraction, we are interested to learn just how the ride path of Splash Mountain will be transformed to tell Tiana’s Story, but with what’s been showcased so far, it seems this attraction is going to be a fun and whimsical ride.

Many of those who call Magic Kingdom their local park have been somewhat jealous of Disneyland’s spooky Hatbox Ghost over in their iteration of Haunted Mansion, with the character having become one of the attraction’s most iconic faces over the years. The D23 panel confirmed that the Hatbox Ghost will now join Walt Disney World’s line up of happy haunts, though a date for his arrival has yet to be confirmed. This was certainly not an announcement that we were expecting, but this fun new addition to Magic Kingdom’s already fantastic ride is sure to delight Walt Disney World fans!

D23’s Parks, Experiences and Products panel closed with some intriguing “what ifs” that proposed a major Magic Kingdom expansion that would see a whole new world open up behind Big Thunder Mountain Railroad. Confirmed to be nothing more than just early concepts at this stage, we were delighted to learn that Disney are eyeing Coco, Encanto and the Disney Villains to potentially host their own themed lands in Magic Kingdom in the future! It was only a matter of time before Encanto began to establish its in-park presence and we are glad to see Coco following suit.

Then there is EPCOT and Disney's Animal Kingdom...