3 Big Ways Pandora: The World of Avatar Was Just a Test for Star Wars: Galaxy’s Edge 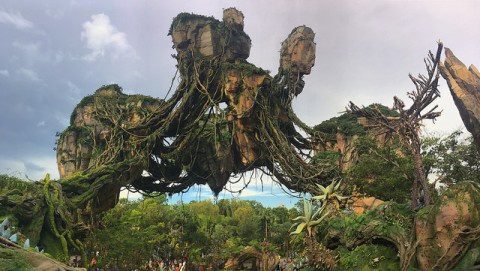 In 2011, Disney made its first real response to Universal’s wildly successful Wizarding World of Harry Potter. After months of negotiation, the company announced an agreement with James Cameron to build an Avatar-themed land at Disney’s Animal Kingdom park — bringing to life Pandora and the Navi species from the blockbuster film.

It was an odd choice. Yes, Avatar was a very successful film, but if Disney was really going to respond to Universal’s shot across the bow, they’d likely need an IP more on the scale of Harry Potter. Something big.

In 2012, it became clear that Disney came to the same conclusion. On October 30 of that year, the company announced a multi-billion dollar acquisition of Lucasfilm, the company behind Star Wars. To many, it was only a matter of time before Disney canceled the Avatar project and, instead, announced plans for a Star Wars land.

But, despite a lengthy gestation period, Pandora: The World of Avatar opened to guests on May 27, 2017 ... and received rave reviews.

With Star Wars: Galaxy’s Edge debuting this year, it’s worth it to take a look back. You see, when you look at Pandora and compare it to what we know about Galaxy’s Edge, it’s hard to miss the fact that Disney used the Avatar land as practice for building its Star Wars land.

Here are a few things they learned along the way:

How to build large-scale immersive worlds 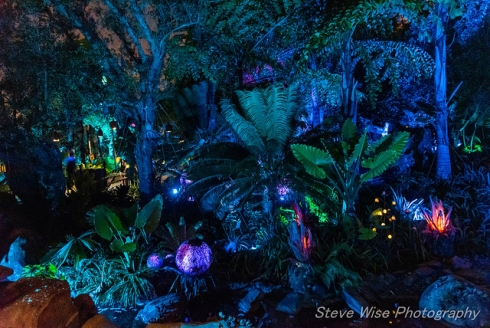 It might sound silly to say about the company that invented the modern theme park, but Disney hasn’t always been great at building completely immersive environments. In fact, its greatest advancement in attraction design came with the invention of the Omnimover — the Haunted Mansion-style ride system that enables the show designer to rotate guests so that they face scenes in a certain order and at certain angles. Total immersion was never the goal, but rather, Disney mastered the art of misdirection. Look at the shiny, spinning carousel, and you’ll miss the grey warehouse behind it.

When Universal brought Hogwarts School of Witchcraft and Wizardry to life, that style of misdirection wasn’t going to cut it anymore. If Disney was gonna do any Star Wars-themed expansion justice, it was going to have to get good at creating immersive environments.

Pandora truly delivered on this challenge, and the floating mountains and lush greenery amaze guests who haven’t even seen the film on which it is based. When deep within Pandora, it’s easy to forget not only that you’re at Walt Disney World, but that you’re in a theme park at all. It appears truly alien and real, and its scale is so vast that you can’t help but lose yourself in the story it creates.

Those are all important attributes Disney had to hone before attempting to build Galaxy’s Edge — and they’re attributes at which Pandora excels. 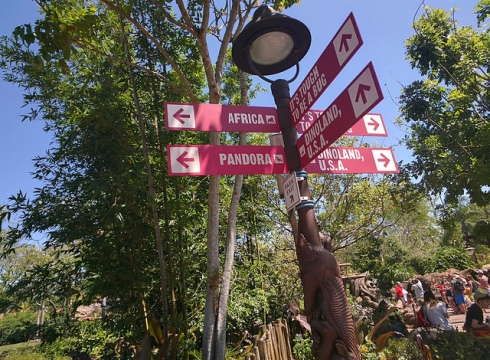 It’s hard to overstate just how jawdropping the crowds will be when Star Wars: Galaxy’s Edge finally debuts. This is the experience fans have been wanting for decades, and Disney will finally bring it to them.

Thankfully, they’ll have some experience in this arena when the crowds finally descend on central Florida.

The morning operations for Pandora have the technical precision of a ballet, with each cast member knowing just where to be and when to be there. On a recent trip, I got to Disney’s Animal Kingdom about 75 minutes before rope drop. The way the cast members made sure to filter guests through security, stack them up outside the turnstiles, advance through the park to the entrance to Pandora, then eventually into the line to Flight of Passage was amazing to watch. It was so in tune that I, in fact, found myself sitting down on a banshee just before the park was even technically supposed to open.

Beyond cast and management knowing how guests move through in-demand spaces and how to manage that movement, Disney’s Imagineers have also grown masterful at creating spaces for guests to experience while waiting to board an attraction. 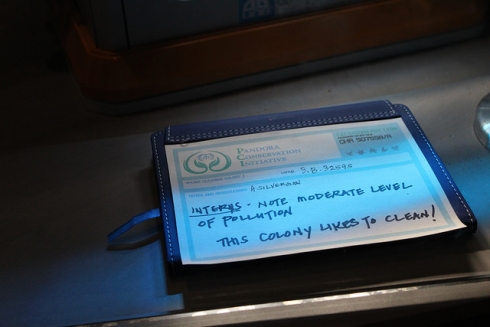 Flight of Passage has a massive queue with enough intricate detail to keep a guest occupied for hours. It’s not a thrill-a-minute necessarily, but they’ve come a long way from the switchback queues on attractions like Jungle Cruise and even Mission: Space.

Disney built up enough hype around Pandora that the area was operating at capacity for nearly two years after it opened. The result of that hype was Disney getting a first-hand look at what it takes to keep a large number of people happy in an in-demand space. Good operation, quality queues, and even exclusive ride time for resort guests, hard-ticket event holders, and annual passholders were all strategies Disney mastered in Pandora first, but will likely bring to Galaxy’s Edge.