Season of Love: 8 Reasons to Date a Disney Parks Fan 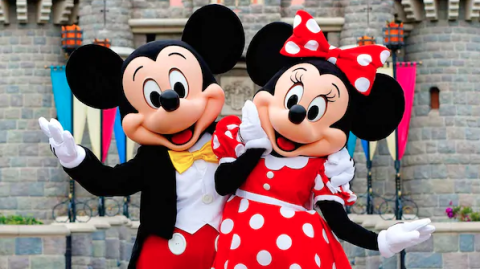 Ah, spring! Love is in the air! And on behalf of Disney Parks fans from across the world, it's only fair to take a moment to highlight exactly why dating, living with, and / or marrying one of us isn't just an act of tremendous karmic good... it's a decision that can bring with it a bouquet of benefits.

It's fair to assume that if you choose to share a part of your life with a Disney Parks afficianado, you'll spend a good amount of time at Disney Parks... and about as much time hearing about them. Each time you get frustrated hearing about the far-flung annoyances of Pixar piers, characters coming to Epcot, and Guardians of the Galaxy Towers of Terror, just consider these eight simple benefits to be gained by dating a fan of Disneyland and Walt Disney World. Have you settled down with a Disney Parks fan? If so, be sure to share and tell the world that it's worth it... right?

1. All of the happiness; less of the homework! 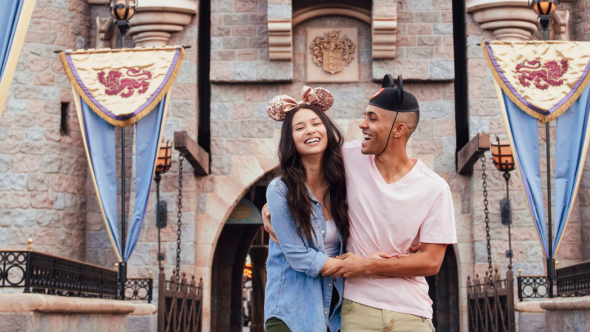 It's 6:00 AM Eastern Standard Time, precisely 180 days before your visit to Disney World. Did you remember to set an alarm to book your dining reservations? Are you ready to do it again in 4 months when your FastPass+ booking window opens? If you slept in, it may already be too late – the hottest reservations in Orlando will have already been sold out.

But if you're dating a Disney Parks fan, there's no need to worry! Doubtlessly, your partner will dutifully (or even delightedly) leap into the increasingly complex business of planning a Disney Parks visit, securing hotel reservations, ADRs, and FastPass+ bookings without you having to lift a finger.

While Disney's sweeping MyMagic+ system and its interconnected apps, wristbands, RFID cards, and seemingly-arbitrary advanced reservation windows theoretically make a visit to the parks more seamless, they also vastly increase the amount of time, effort, and energy you need to invest weeks and even months before you leave. With a Disney Parks boyfriend, girlfriend, husband, or wife, you can rest easy knowing that the "magic" is happening behind-the-scenes. 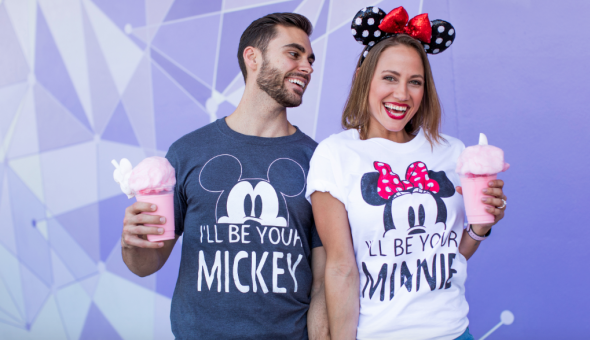 No one likes to wait. And if you're with a Disney Parks afficianado, you won't have to do much of it!

While many families meander around Disney Parks, flustered and confused, Imagineering insiders have a day at the parks down to a science. At Disneyland, they can deftly leap from attraction to attraction during the calm early hours of the park's opening grabbing FastPass tickets, or using the MaxPass up-charge version to do it without all the walking.

At Walt Disney World, count on your Disney Parks partner to save you outrageous waits. While the general public wastes their tier 1 FastPass reservations on the Epcot Character Spot or Alien Swirling Saucers, any true Disney Parks fan will set-up a skillfully designed day minimizing waits, leaving Disney's highest capacity attractions for stand-by, and ensuring there's at least some method to the madness of scurrying around Disney's enormous theme parks.

Think of all the time you'll save by not having to review the veritable textbook of FastPass+ rules! 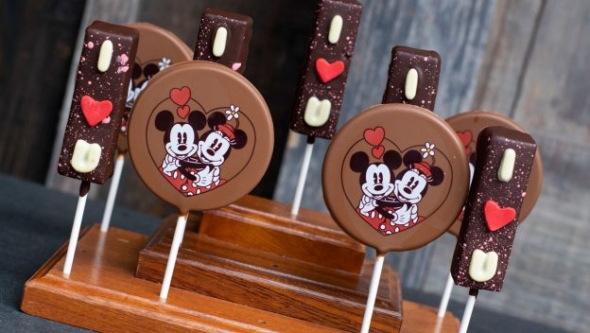 Have you ever toiled over what to get a significant other for a birthday, Valentine's Day, or Christmas? Worry no longer.

Part of the beauty of dating a Disney Parks person is that gift-giving is easy. If you can't pry a wish list out of them, it's easy enough to search your local bookstore for travel guides, look up "Imagineering" on Etsy, scour the "Disney Parks history" portion of Amazon, or even just buy a legendary attraction poster or park map and put it in a frame. 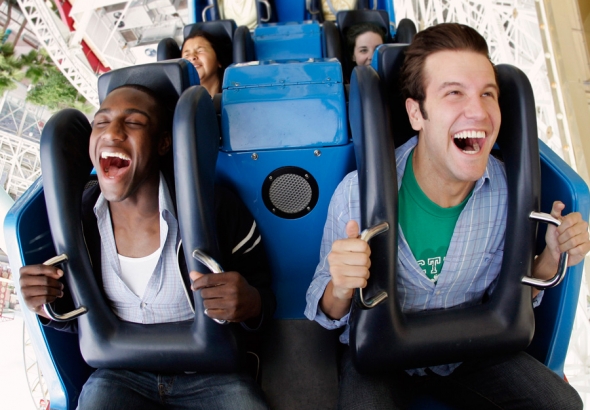 If you visit Disney World or Disneyland with a fan, you won't just have a day with minimized waits and dining reservations; you'll get a free history tour... like it or not.

Every day, people pass through Disney Parks without any understanding – much less appreciation – of the rich history that created them. Some even call Disney Parks "fake" without realizing the philosophical purpose; the intentional design elements that revolutionized urban design; the fact that the parks are literal, living, pop culture icons with complex, deeply compelling, and spectacular stories passing through eras of Americana with grace and ease. And your Disney Parks partner will make it his or her mission to help you see that by building 60 years of PhD-level history into whatever digestible form they can manage.

Disney Parks are filled with decades of history, including dozens and dozens of Lost Legends – fan-favorite, closed classics immortalized forever in our in-depth library. So if your date looks wistfully toward the abandoned, elevated tracks tracing Disneyland's Tomorrowland, sighs at the rusting golden dome on the outskirts of Epcot, or expresses some frustration upon seeing Disney's scariest attraction ever rotting in plain sight, you might as well settle in and get ready for the story... which probably intersects with a dozen other attractions' stories they'll need to mention to help you get the full picture.

But you know what? Listening, asking questions, and wanting to know more will be the greatest gift you could ever give them! And that brings us to the next reason to consider dating a Disney Parks fan...