If You've Ever Walked In To a Disney Park, You've Probably Passed Dozens of These...And Never Even Noticed! 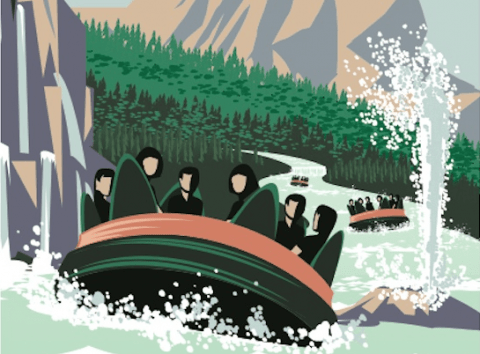 Anyone who’s ever visited a Disney Park knows exactly the kind of magic, mystery, and wonder that awaits within… sailing with pirates, soaring over London, exploring remote jungle rivers, and launching into space. It was the belief of Walt and his early Imagineers that guests would need primed to understand these adventures – the kind most had never expected could exist.

Bringing together talented artists, filmmakers, designers, and thinkers, they developed attraction posters… Just as a film’s poster tries to convey the action, adventure, intrigue, and romance of a movie in a single still image, so too do Disney Parks’ attraction posters act as living advertisements, drawing in and exciting guests as previews of what they’ll soon experience. 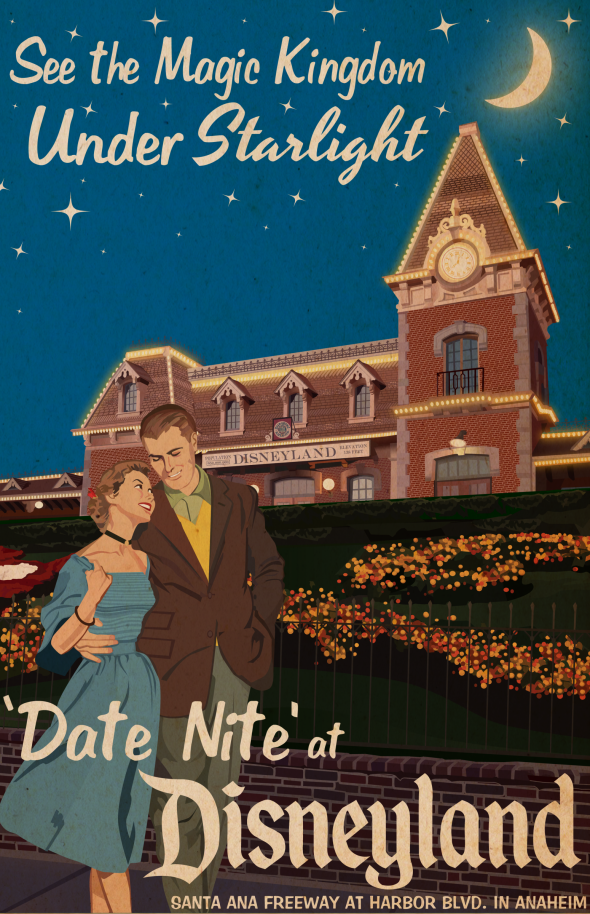 Here, we’ve collected just a few of the dozens and dozens and dozens of attraction posters commissioned for Disney Parks around the globe. As styles, tastes, and – indeed – the parks have changed, so have these meticulously designed works of art, delicately representing the parks, their vision, and the masterpiece attractions within. In fact, we can trace the history of the parks by examining the attraction posters created in different eras for changing attractions! Do you stop and admire these stunning posters as you enter Disneyland or the Magic Kingdom? Which Disney Parks attraction poster is your absolute favorite?

Some of the most classic and iconic attraction posters are also the oldest. Disneyland’s 1955 collection is perhaps the purest representation of the park. Each is sincerely timeless, looking as relevant and modern today as it did in 1955. Each also embodies that necessity to explain to guests exactly what they'd be doing aboard these unprecedented attractions... how they'd be seated, where they'd go, and what they'd see along the way. 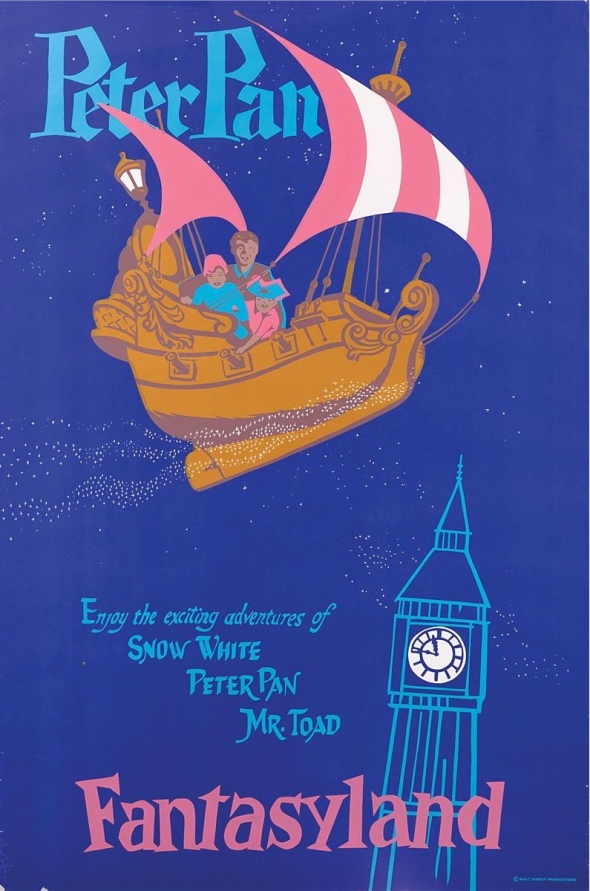 By Disneyland’s 1955 opening, a generation had already fallen in love with the Peter Pan film that Disney had debuted two years earlier. But how would they know exactly what Peter Pan’s Flight at Disneyland offered? As brilliant, clean, and simple as can be, the poster art for Peter Pan’s Flight is a visual wonder, quickly and gently informing guests exactly what awaits within… 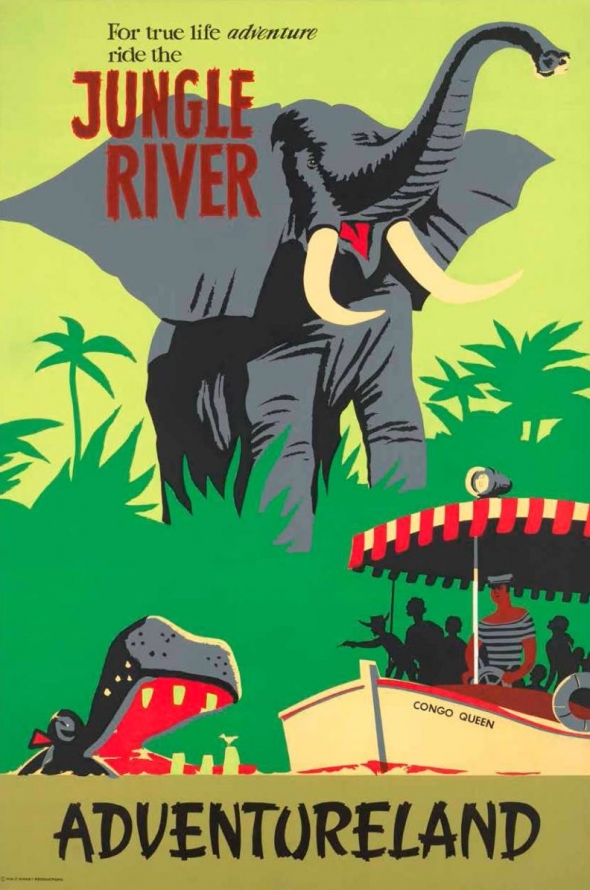 Similarly, the Jungle Cruise poster is a timeless, spectacular, awe-inspiring draw, promising astounding adventures deep in the unknown jungles, all in the distinctive vibrant screen-printed color palate of the 1950s. In fact, count how many distinct ink hues the poster uses. 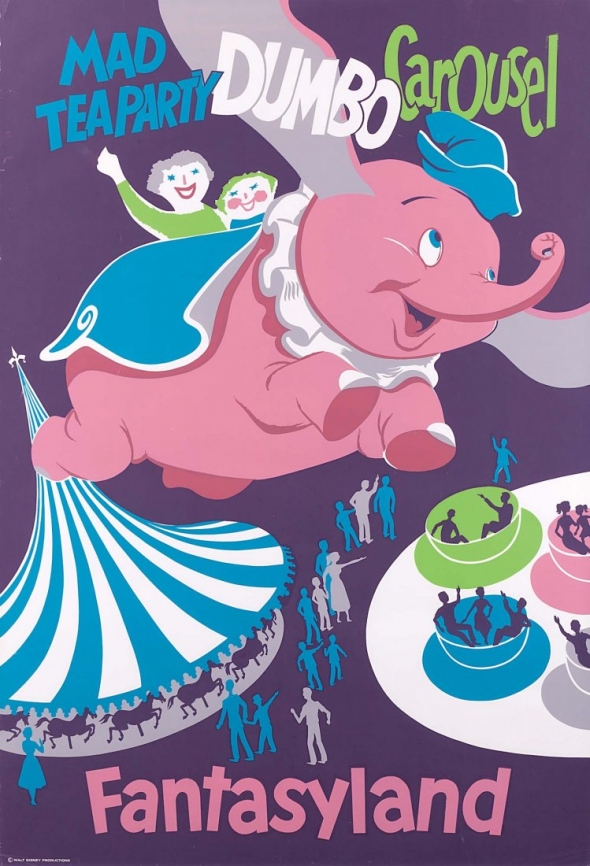 For an elephant of a different kind, the striking, vibrant poster for Fantasyland’s flat rides – Mad Tea Party, Dumbo, and the Carousel – is a beautiful work of art. 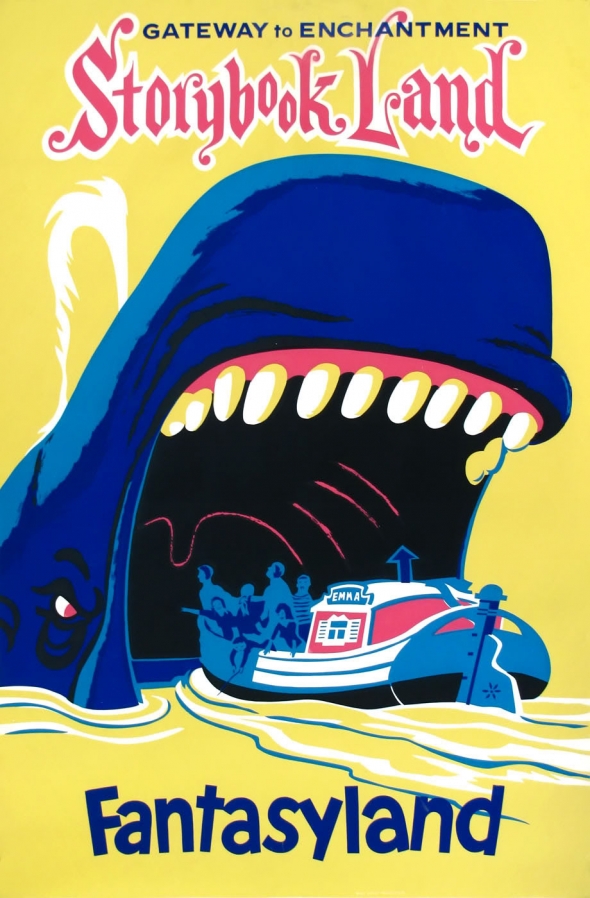 The same could be said for the Storybook Land Canal Boats with its five-tone screen print... 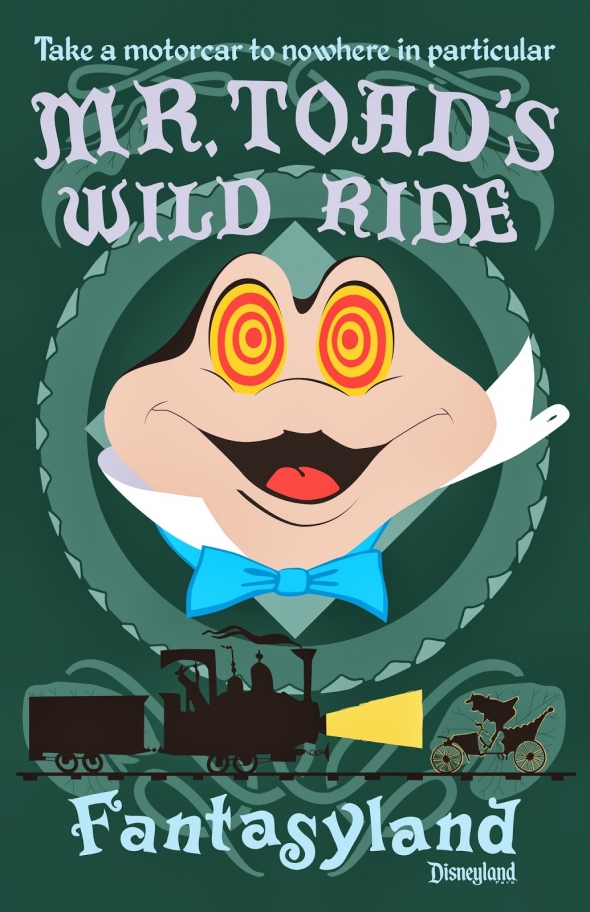 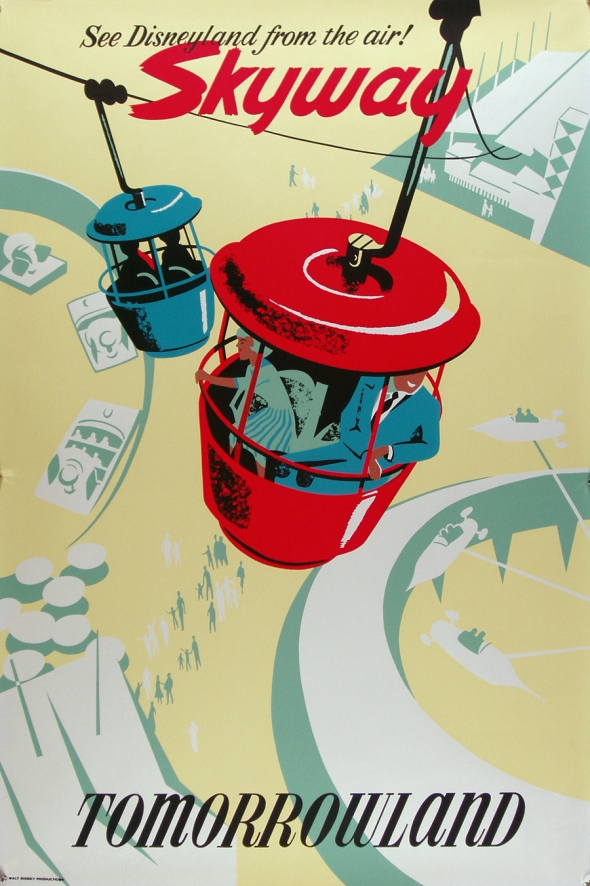 The real power of these posters is how modern and attractive they still look, having aged timelessly and gracefully. Especially when displayed together, it's evident that this spectacular poster collection could still stand in for the park's lineup today. 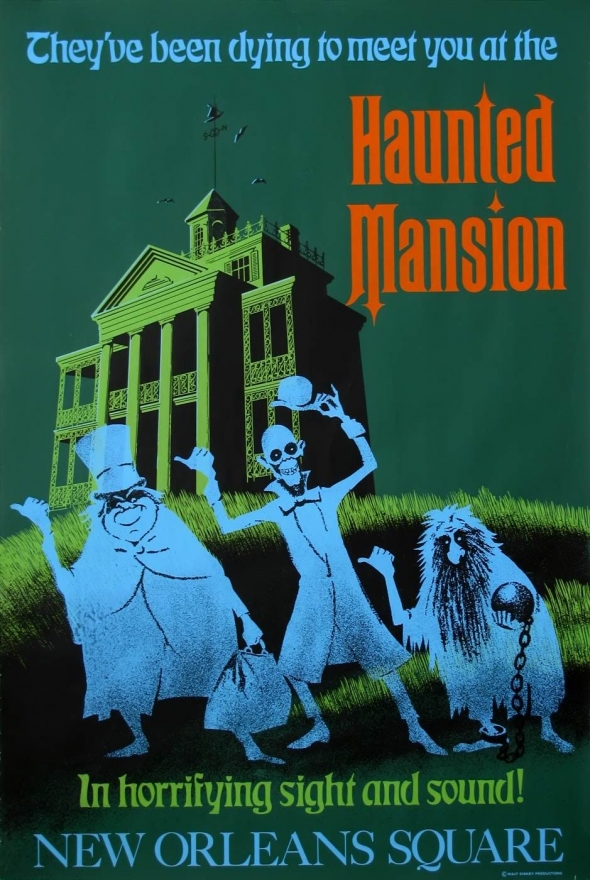 A beautiful, historic white plantation house appeared on the outskirts of Disneyland’s New Orleans Square in 1963. However, it wasn’t until six years later (after the all-consuming 1964 – 65 New York World’s Fair and the unexpected death of Walt Disney in 1966 delayed the project) that the wrought-irons gates of the Mansion finally swung open. Though it was a long time coming, the 1969 opening of the Haunted Mansion was no less a triumph. 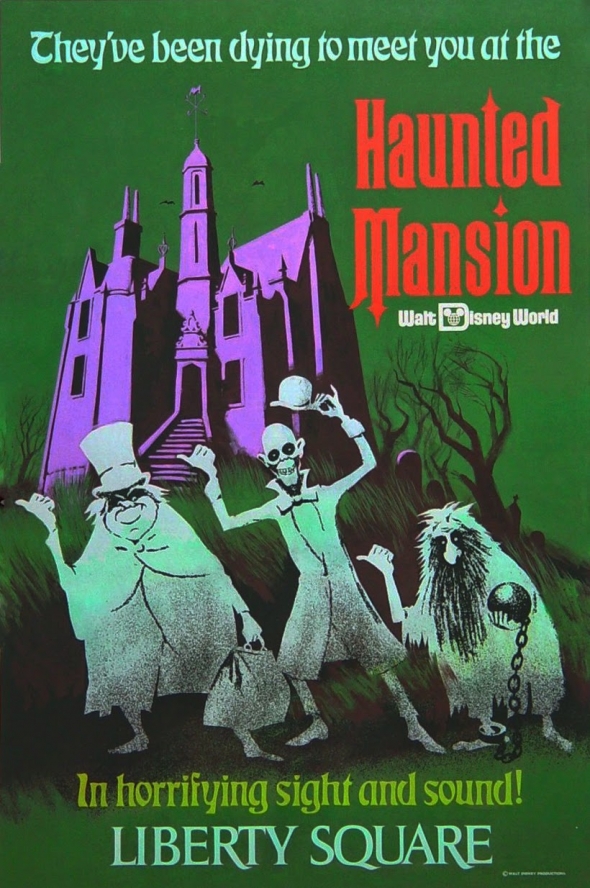 When designers set to work creating Magic Kingdom, they ditched the Lousiana-based New Orleans Square (supposing that the real New Orleans was too close to Florida to feel “exotic”) and instead crafted a colonial seaside Liberty Square, placing the expanded Mansion in a redbrick gothic colonial manor. 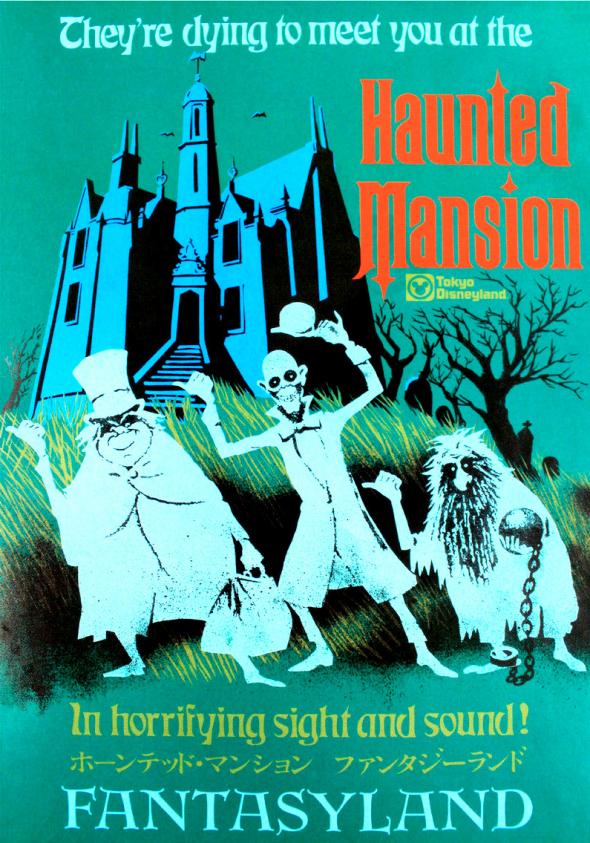 When Haunted Mansion made the jump to Tokyo Disneyland (the first international park in Disney’s repertoire) the ride was relocated to Fantasyland – a better cultural fit for the resort’s local visitors. There the colonial mansion was aged and tattered to better convey what awaited within for the Japanese audience. 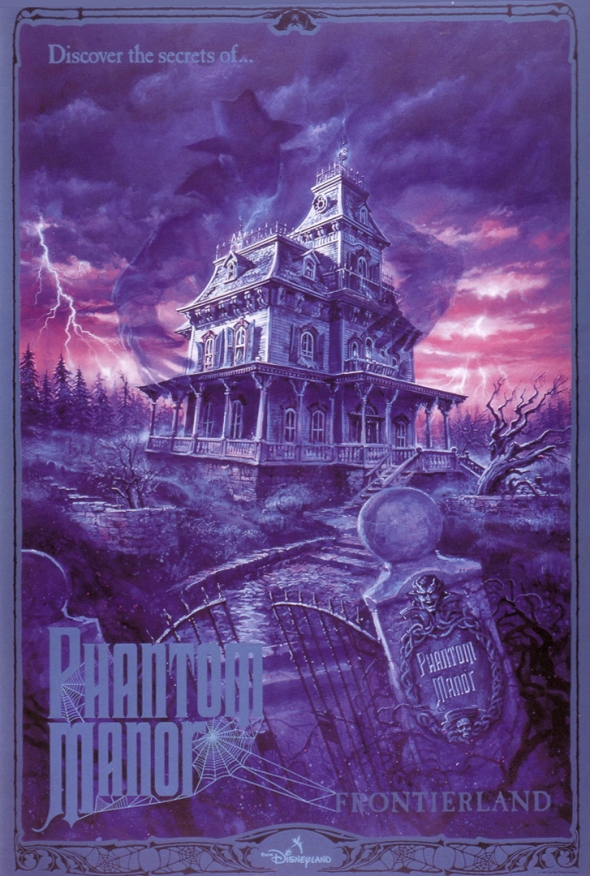 Designers threw out the rulebook when developing Disneyland Paris, recasting Disney rides – even fan-favorite classics! – with new stories and twists. There, the ghostly estate was relocated to Frontierland, where the story of Phantom Manor intertwines with Big Thunder Mountain and all of the rides, attractions, and even restaurants in the land with one overarching continuity. You can read more about that in our list of Disney Parks Classics that Look Different Overseas. 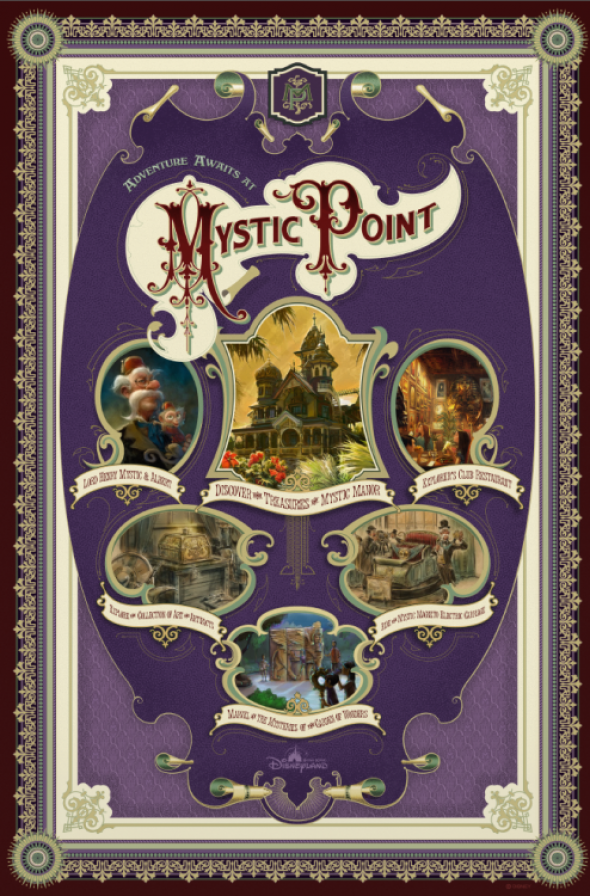 In our must-read look at Disney Attractions with Spiritual Sequels, we explored Disney's other metaphysical manor that exists, even if it has practically nothing in common with the others. The must-see masterpiece at Hong Kong Disneyland is so sought-after and so spectacular, it earned its own in-depth feature, Modern Marvels: Mystic Manor that’s well worth a read for any Disney Parks fan. 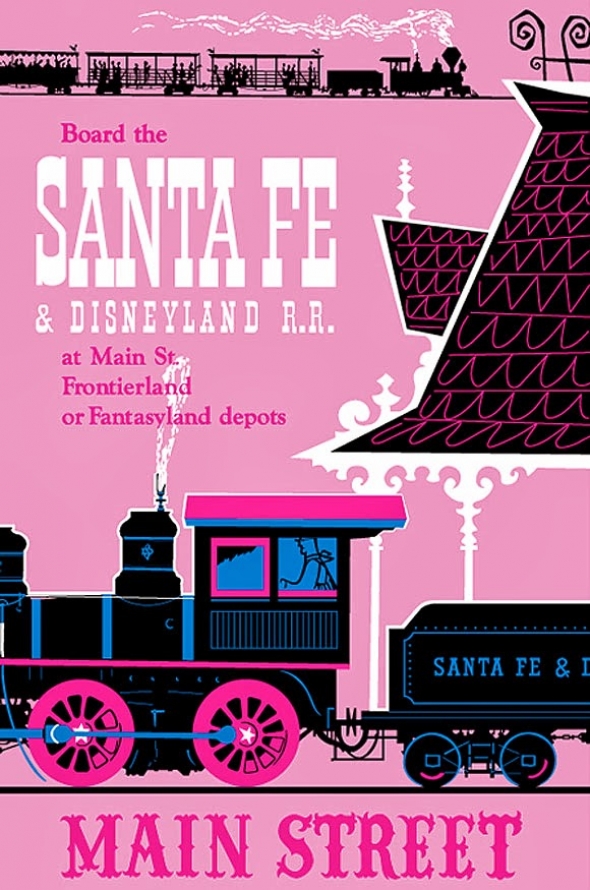 While Bjorn Aronson’s original 1955 attraction poster for the Sante Fe & Disneyland Railroad has been eclipsed in popular culture by the 1976 “window box” poster that's become the poster art for the rest of Disney's railroads, the mid-century opening day display perfectly encapsulates the 1950s with its vibrant colors and simple shapes. It also compliments the Railroad’s later additions: 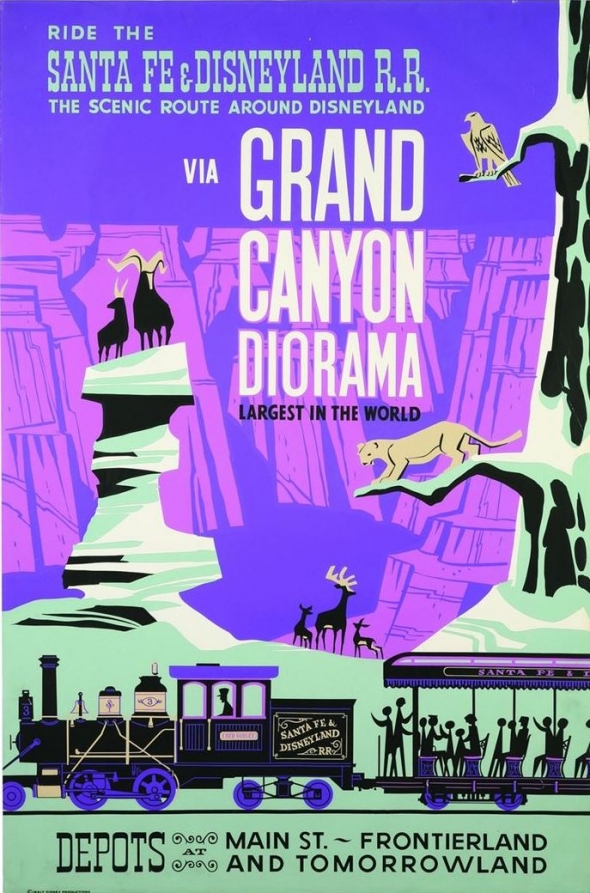 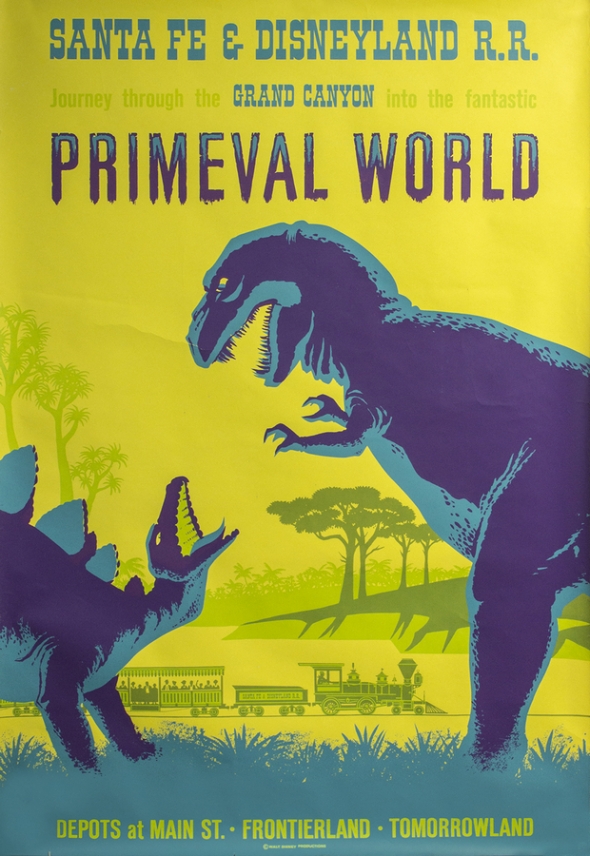 …the 1966 addition of the Primeval World diorama, featuring dinosaurs relocated from the ride Disney produced for Ford Motors at the 1964 – 65 New York World’s Fair.