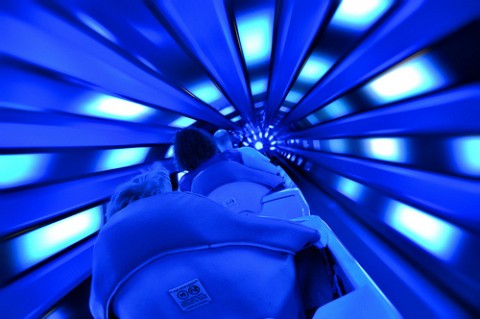 Safety, courtesy, show, and efficiency. Any Disney Cast Member can recite these Four Keys to exceptional guest service... And while the first three are deeply tied to Disney's identity, the last – efficiency – is certainly not least. An estimated 60,000 people per day visit Magic Kingdom, and at some point, you're likely to end up at the back of a line behind many of them. That’s when a very important number – capacity – matters.

A ride’s theoretical hourly capacity is a simple measure (often supplied by a ride's manufacturer) of how many guests can experience a ride every hour “in theory,” meaning that it would require a friction-free machine with every logistical and operational variable working at its peak. That’s why a smaller operational hourly capacity accounts for the sheer realities of operating attractions (like vehicles that are dispatched with an empty seat or two, loading taking five seconds longer than expected, etc.).

Eight of the top 10 most-attended theme parks on Earth are Disney's, so it should be no surprise that everyone – from executives to Imagineers – wants each guest to get the most out of their time. In their decades-long search to find high-capacity “people-eating” ride systems, Disney has stumbled on some unbelievable attractions capable of tremendous daily throughput… Which attractions come out on top? Let’s find out… 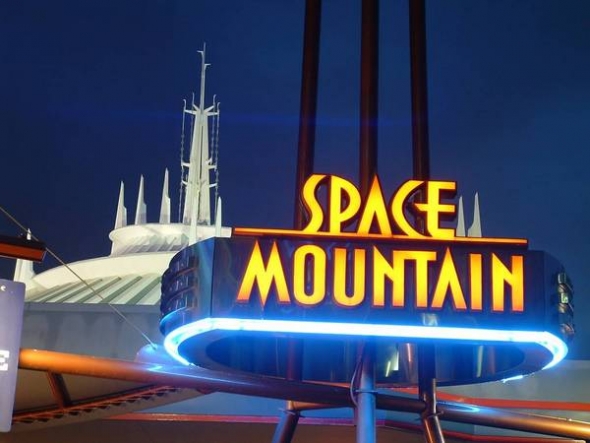 After the opening of Disneyland’s Matterhorn Bobsleds, Walt Disney began to appreciate that thrill rides (formerly banned) might indeed have a place in his park, albeit only if they were adequately themed. In fact, Walt and his designers envisioned a roller coaster through the dark in Tomorrowland called “Space Port” back in the 1960s. However, Magic Kingdom was the first to receive the final product in 1975. We set course for the cosmos in a full, in-depth feature on the history of the interstellar adventure – Modern Marvels: Space Mountain – perfect for Imagineering fans.

Magic Kingdom’s Space Mountain is also unique in that it’s based on the formula Matterhorn started: two side-by-side ride tracks, roughly mirror images of one another. With the two roller coasters inside operating independently, Space Mountain has a 2000 person per hour capacity.

Space Mountain did eventually make its way to Disneyland, but in a completely original, single-tracked layout form (which has since been duplicated in Tokyo and Hong Kong), capable of an even-higher 2200 person per hour capacity. 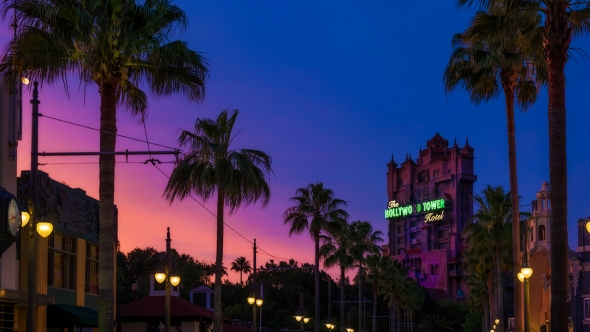 Though it may be hard to imagine nearly 2000 people plunging through the haunted halls of the Hollywood Tower Hotel each hour, the Twilight Zone Tower of Terror has an exceptional hourly capacity. Guests are pulsed fairly continuously through its two ornate pre-shows and directed into the hotel’s boiler room. And that’s where the real magic happens.

The Tower of Terror features four service elevator loading bays, with four “show shafts” (contained in the ornate showbuilding behind the signature tower itself), each containing an endless hallway scene. The four "show shafts" are funneled down into two "drop shafts" in the front of the building by way of the (doubled) Fifth Dimension scene. Put another way, a tremendous amount of engineering went into the ride’s design, and a spectacular amount of choreography makes its operation appear effortless.

When it came time to design the Lost Legend: Twilight Zone Tower of Terror at Disney California Adventure, designers went back to the drawing board to create a new ride system that was even more efficient (likely closer to 2400 pph) by way of six loading bays, and three shafts. And though fans were disappointed that that version of the ride (since duplicated in Paris and Tokyo) omits the Fifth Dimension scene, the re-engineered ride system in California ensures that if a single shaft is down for maintenance, the ride’s capacity is only cut by 1/3 compared to the minimum loss of ½ of the ride in Florida.

8. Soarin’ Around the World 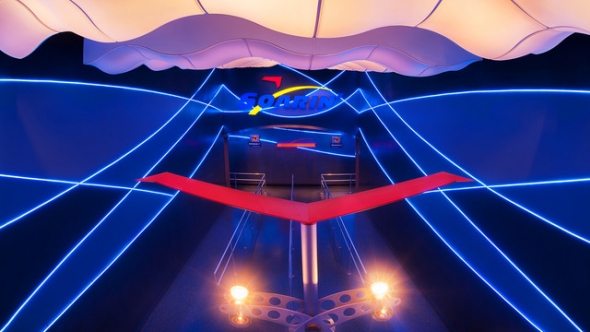 The Lost Legend: Soarin’ Over California opened alongside Disney California Adventure in 2001 – one of the latest examples of Disney Imagineers creating an entirely new ride system from scratch. The unique system (often imitated since, but never duplicated) loads an astounding 87 people at a time into nine hang-glider rows, which are then hoisted vertically into a tilted OMNIMAX screen.

The single standout hit of Disney California Adventure’s early days, Soarin’ Over California was quickly duplicated across the country at Epcot, replacing the Lost Legend: Kitchen Kabaret as the headliner of the Land pavilion. But Epcot has half as many rides as California Adventure, and Soarin’ quickly became the ride to see at the park, yielding multi-hour queues every day. In fact, Soarin' would probably rank among the lowest-capacity E-Tickets at Walt Disney World...

Except that in 2016 (coinciding with the ride’s transformation from “Over California” to “Around the World”), Epcot’s ride opened “Concourse C,” a third ride theater for the attraction. The result is one of the largest showbuildings Disney’s ever created, and a fairly impressive capacity that can at least keep up with the ride’s astounding demand.