The 15 Best Dark Rides - As Voted By YOU 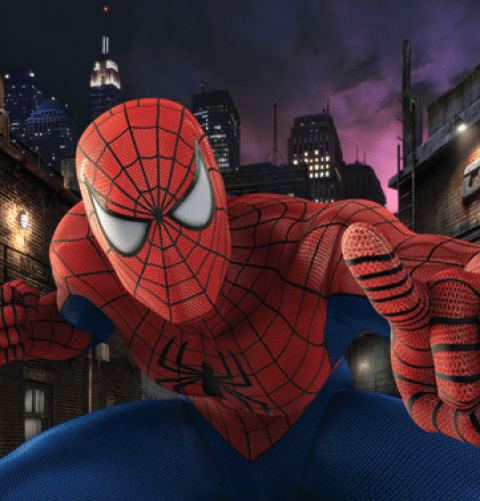 Your ratings have determined 15 of the best dark rides on Earth! How'd you do?

For a few years, Theme Park Tourist has proudly featured park guides, free to download, for many of the world’s greatest parks. Using reviews and ratings from our readers like you, our park guides altogether contain over 3,500 individual attractions that our readers have rated over 22,000 times! The results are some of the most comprehensive and user-driven ride rankings available today.

Our live-updating TPT100 tracks the top 100 rides and attractions in the world. So here, we’re proud to count down the top 15 dark rides on Earth according to your votes and ratings! Just a few things worth noting for this countdown:

Disagree with a ride's standing? Just click the ride’s name to visit its attraction page, where a single click will assign your own rating that may shift the ride’s place on the TPT100 in real time! New ratings won’t live-update a ride’s position in this feature, but we feel this is a pretty nice list of dark ride rankings as of the publication date! (In contrast, view a similar countdown from November 2013 by clicking here.) What do you think? Tell us by rating your favorites. Just make sure you're rating the ride at the correct park! 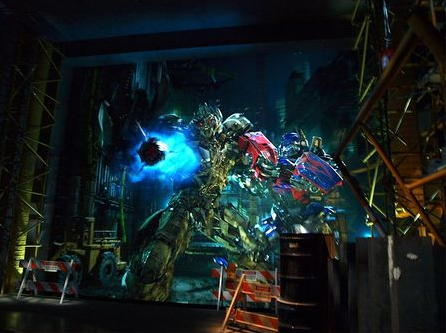 Taking motion-simulators to a new level, Transformers: The Ride actually opened at Universal Studios Singapore first, but it was its Hollywood, California clone that drew the attention of American riders and made our list. The attraction places guests into a Transformer named EVAC as they race out of the concrete-guarded N.E.S.T. facility with the powerful AllSpark in hand, escaping from a Decepticon attack. The ride sends the motion-simulator base EVAC through a two-story showbuilding where physical sets blend into 3D screens without a seam in sight. As EVAC synchronizes perfectly to the motion on screen, he also moves through the physical building, turning, twisting, racing, spinning, and backing-up in one of the most mile-a-minute, explosion-filled rides anywhere on Earth. 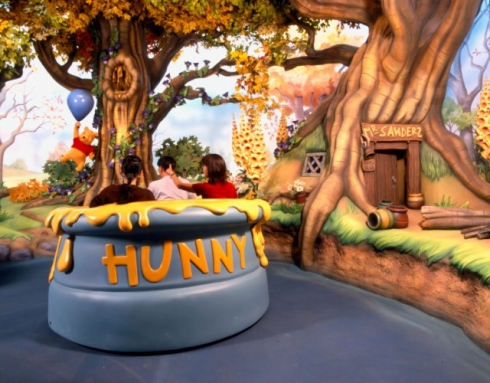 Leaving behind the cart-driven classic dark ride style of the Winnie the Pooh rides in Florida, California, and Hong Kong, Pooh’s Hunny Hunt at Tokyo Disneyland is an E-ticket. No, we’re not kidding. For the ride, Disney invented trackless, LPS-guided technology to send four “hunny pots” at a time into the attraction. With no track, the pots can spin, back up, dance, and even bounce through scenes. The pots can line up, separate, circle around each other, and take unique paths through the ride. With full animatronics, towering scenes, and an incredible ride technology, Pooh’s Hunny Hunt leaves its overseas companions way behind and acts as one of the main attractions at Tokyo Disneyland. 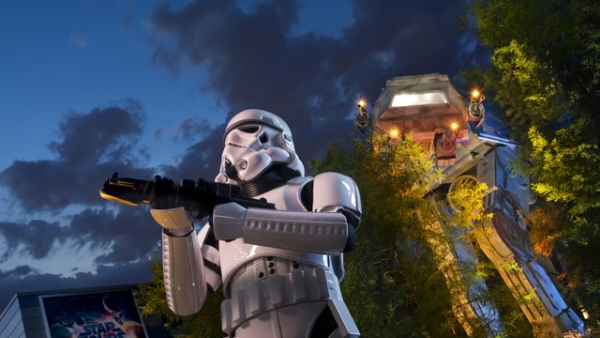 Star Tours has been a Disney classic since it opened in 1987 as the starring attraction in Disneyland’s sleek white Tomorrowland. It was soon followed by sisters in Tokyo, Florida, and France. Born of the same partnership between Disney and George Lucas that spawned Captain EO and Indiana Jones Adventure, the riveting interstellar simulator thrilled guests for more than twenty years. In summer 2010, though, the ride closed for a year to reopen as Star Tours: The Adventures Continue.

Now in ultra-HD and seamless Dolby 3D, the refreshed attraction (technically a prequel, set before the original Star Tours) keeps the galactic misadventures of the original with added 3D, new sound, new animatronics, and – most impressively – a randomized assortment of locales and characters to visit. With 54 unique combinations, each ride on Star Tours is now different. And expect limited-edition updates as Episode VII and beyond premier, making what was once a dated 80s simulator into an absolute must-ride… over and over again! 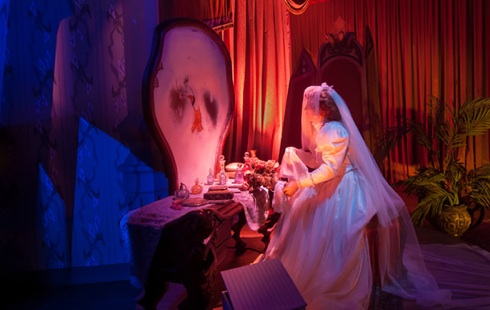 When Disneyland Paris opened in 1992, it was easily Disney’s most ambitious and detailed project to date. The park was absolutely brimming with nooks and crannies to explore. Even where the park borrowed from its American cousins, it infused rides with new European stories and settings creating entirely new versions of Disney classics. Such is the case with the Parisian park’s take on the Haunted Mansion. Here part of Frontierland, the ride is infused into a story that encompasses the whole land.

As well, it’s given a romanticized Western story that explains the presence of the bride, the hanging man, and the ballroom – all present in the American versions, but with no strict story to tie them together. While the “haunted vignette” setup works wonders at the Haunted Mansion, the emotional and moving tale told by Phantom Manor is absolutely perfect for the park – a European twist that gives the ride a leg up even over the original. 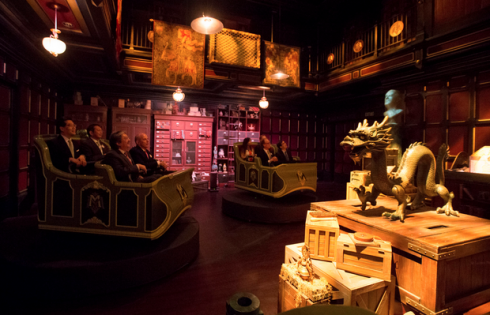 When Mystic Manor swung wide its gates in 2013, Disney fans the world over rejoiced. This is what Disney Imagineering is capable of. The unprecedented ride is placed in its own original land, Mystic Point, and located inside the eponymous hilltop mansion designed in the eclectic stylings of all cultures of the world combined. That’s how it’s supposed to look – the manor’s owner, Lord Henry Mystic, has spent his life collecting international oddities in a secret society before setting up camp in the ornate home with his pet monkey Albert. And with his newest Mystic Magneto Electric Carriage, you can tour his collection of international treasures.

The ride is stunning. Jaw-dropping. Just incredible. The trackless, LPS-guided sleighs descend into the home, four at a time, for an incredible tour that’s brought to life by inexplicable floating dust from an enchanted music box. Combining perhaps the best of Disney’s musical scoring, ride vehicles, settings, and effects, the attraction crescendos in a dizzying, swirling finale in a Chinese Parlor… It’s all too much to describe, and certainly set the bar high for Disney’s future attractions.

having ridden some of the rides in the top 15, I too would like to see Valhalla at Blackpool Pleasure Beach given a mention.
Opened in 2000, it is over 5 minutes of a dark turbulent water ride, themed with fire and ice and some big drops and a good soaking.
Ok its not got the sophistication or special effects of some of the top 15 but its certainly got the fear white knuckle factor and has been improved recently

I'd like to give Valhalla at Blackpool UK a mention it's a dark water ride that takes you through the elements of ice, fire, water and wind... with surprises inside the dark water ride its also got quite a long track so ride time is good