Transformers: The Ride - 3D opened in 2013 and reused the same dark ride system employed by The Amazing Adventures of Spider Man at Universal Orlando's Islands of Adventure, combining real-world sets and effects with 3-D movie footage.

The plot of Transformers The Ride - 3D is a natural follow-up to the first three films in Michael Bay's Transformers series, rather than based on them directly. Riders are placed into the middle of the movies' war between the human-friendly Autobots and their Decepticon enemies. As in the films (and the earlier toys and cartoons), the robots "transform" into cars, planes, tanks and other vehicles.

Photos of Transformers: The Ride - 3D 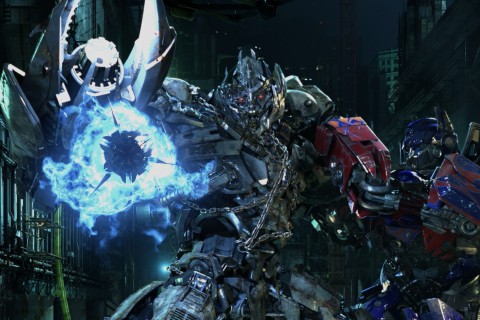 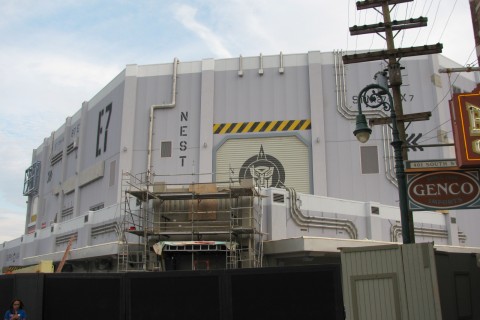 See all photos of Transformers: The Ride - 3D

Reviews of Transformers: The Ride - 3D

TRANSFORMERS: THE RIDE 3D- A PHENOMENAL RIDE EXPERIENCE NONE SHOULD MISS

In Transformers: The Ride 3-D, we play new recruits to N.E.S.T. stationed at N.E.S.T HQ in Orlando, Florida which houses the last remaining shard of the All-Spark (which the Decepticons desperately want to get their hands on). It is our first day of training, but things don't go as smoothly as we would have hoped (do they ever?). Our training is interrupted by a large scale attack on N.E.S.T HQ by the Decepticon forces. If N.E.S.T loses the All-Spark shard, it could mean the end of Earth and Humanity as we know it. So, we are quickly shipped out with an Autobot rookie named Evac with the mission of aquiring and protecting the All-Spark at all costs. Naturally, it isn't long until we find ourselves stuck in the middle of all out war.

Transformers: The Ride 3D is the next step in the evolution of theme park rides. It borrows it's ride system from The Amazing Adventures of Spider-Man (which lies next door at IOA), but perfects that system. People that were afraid of Transformers losing some of it's power by being next door to Spidey have nothing to fear. Both Transformers and Spidey offer different and unique expereinces. Spidey resembles a dark ride run wild, and Transformers resembles an out-of-control rollercoaster. I can't say if one ride is better than the other (I will say, however, that the tech on Transformers is leaps and bounds above Spidey's) Before I get into the ride itself (don't worry, I won't spoil anything), I first want to talk about the ride's building and queue.

Transformers: The Ride 3D's building is perfectly constructed to resemble N.E.S.T HQ. It's beautiful in it's simplicity and it towers over park guests. Guarding the entrance to N.E.S.T is a full sized Optimus Prime with eyes that glow blue at night. Once inside, you find yourself smack dab in N.E.S.T. . The inside is beautifully realized and themed to a secret military compound. There are large screens that relay the story of the ride to us, and there are dozens of buttons, keyboards, switches, and dials for us to play with. Walking through the queue, I felt like a kid in a candy store. The queue also has some cool surprises in it: the room that houses the All-Spark pulses, buzzes and hums with neon blue light and sound, in the press release Universal said you would be able to feel the power of the All-Spark in this room and they weren't lying. I'm also a sucker for flashing red and blue alarm lights, which there is plenty of later on in the queue when N.E.S.T comes under attack. I'd say this is one of the best queues at Universal and IOA right now, right on par with the Hogwarts queue. Both are different, but offer thrilling experiences for park guests.

Now, onto the ride. Holy shit, the ride. As soon as you depart from the loading station, you are thrust into chaotic battle and by the time you unload your head should be spinning in a good way. The ride barely gives you any time to breathe, or to even think. It's fast, it's furious, it's insane and I loved it. The ride doesn't have a soundtrack to it, but I barely even noticed that. There are some sets and background elements, but they are minimal. This is more of a screen-based ride, and there is absolutely nothing wrong with that. The sets that are there are highly themed, and the set pieces blend perfectly into the screens. I never thought I would say this, but the transition from screen to screen is absolutely seamless and it never feels like you are sitting in front of a screen (for example, one time in the ride you pass through a barrier from one screen to the next, but it's designed like a bridge. This perfectly cements the illusion that you are on an actual street. It's just insane). One time the ride broke down on me and when I looked around, I was surprised to find I was inside a building....I'm not exaggerating when I say you completely lose yourself in the ride (also feels like you are traveling into the screens most of the time....once again, just insane). You also really feel the scale and size of these robots, the first time you see Optimus on the ride is quite breath-taking.

Outside the ride, you can take a picture with Megatron, Bumblebee, or Optimus. These are full costumed stilt-walkers that are fully realized characters from the film. They stand around 7 ft tall and are quite impressive. I would recommend you take a pic with them if you feel so inclined, it's very surreal.

I had been looking forward to riding Transformers: The Ride 3D for a long time, before it even came to Florida. This project had one of the shortest build times in Universal Studios history, it spans 2 floors (there is an elevator lift that escorts cars up to the 2nd level as part of the ride experience, you won't even notice that you're going up or where the lift is located), and it's the top version of the attraction due to it's fully realized exterior and the fact that it has the superior technology when compared to the Hollywood and Singapore versions. Transformers: The Ride 3D easily emerges as the flagship attraction for Universal Studios Florida. N.E.S.T is still accepting new recruits, you would be wise to enlist as soon as possible. You're in for one helluva experience.

BONUS TIP: If you don't feel like waiting in an hour plus line (which if you choose to wait in the regular queue, you WILL be waiting in an hour plus line. Expect the wait times to stay like this for a while) and you are ok with your party being split up, I HIGHLY reccommend you choose the Single Riders line. It was because of this that I was able to ride Transformers a total of 7 times in one day. The waits are usually much shorter in single riders.

Yes, it's the same technology as Spiderman next door, but Transformers the ride has a few tricks up its sleeve.

The visuals are crystal clear, the motion of the cars is in sync with all of the action, and the elevator lift which takes you to the 2nd level and back down is barely noticeable.

The line moves relatively quickly, but if you opt for the single rider line, make sure it doesn't stop right at the entrance. Otherwise, you're better off standing in the regular line.