S.E.A.: The Stories Behind Disney's Secret Society of Explorers and Adventurers 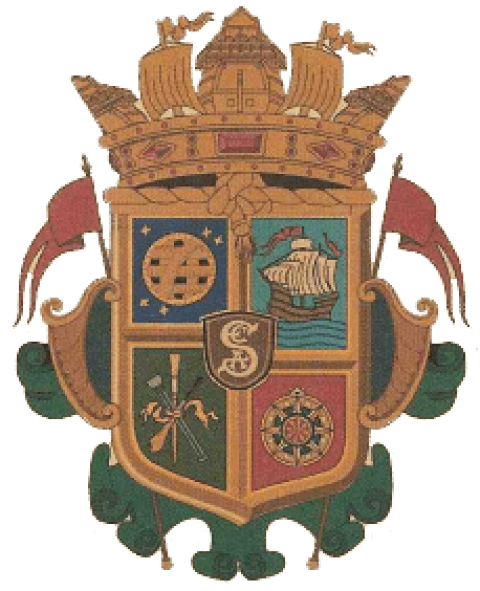 If there’s one thing Imagineering fans adore, it's an original mythology; an invented world and an overarching story that connect attractions in unexpected or mysterious ways...

Sometimes, those connections are visible! Consider the long-lost universe of Magic Kingdom's 1994 New Tomorrowland, that once intertwined the Lost Legends: Timekeeper and Alien Encounter, with each ride, shop, and even restaurant falling into the frame story of the "real, living" sci-fi city. Or Disneyland's Adventureland, anchored by the Modern Marvel: Indiana Jones Adventure, drawing the land's other inhabitants into its 1930s timeline and assigning guests the role of nouveau riche European tourists.

But sometimes, the threads are vast... and much more subtle... Such is the case with the most mysterious, enigmatic, and sought-after cross-continental tale Disney has ever woven... a global mythology that just may connect some of the world's best rides into one story. Welcome to the legend of S.E.A. - The Society of Explorers and Adventurers.

With a manifesto hidden in time, no one seems entirely sure of the origins of S.E.A., a secret society determined to illuminate the vast, dark corners of the globe. It seems that only the brightest, most cunning, and most enterprising minds ever see the Society's inner workings. For the rest of us, the members of S.E.A. have left behind a few hints as to their findings, hidden in adventurous rides scattered across the globe...

Could Indiana Jones Adventure, Mystic Manor, Typhoon Lagoon, Tower of Terror, The Enchanted Tiki Room, Pleasure Island, Jungle Cruise, and even Haunted Mansion all be connected by this cross-continental secret society? Today, we'll dig into the attractions, rides, and restaurants that play a role in the global mythology of S.E.A., then see some potential connections fans only dream of... for now...

Some say S.E.A. is rooted in the early work of (potential S.E.A. founder) Leonardo da Vinci, famous artist, inventor, and dreamer of the Renaissance... It seems possible given the first indication of the secret society's existence emerged alongside Tokyo DisneySea in 2001.

Just inside the park, guests arrive on the shores of Mediterranean Harbor - the park's central waterway - with a picture-perfect view of the looming Mount Prometheus. But there, settled into the volcano's cooled lava flows, stands the stalwart Fortress Explorations.

The Renaissance-era fortress of golden domes and stone catwalks is a land in its own right: a four-story complex comprised of ten individual exhibitions housed throughout hidden towers and domes. In fact, Fortress Explorations is essentially a museum of arts and sciences concealed within the Renaissance palace, tucked away in one of the most spectacular theme parks on Earth.

One of the fortress's stone bridges even leads to a seismic recording station embedded in Mount Prometheus, where S.E.A. members have tracked and recorded the volcano's activity – one stop of many on the "Leonardo's Challenge" scavenger hunt quest that sends guests throughout the fortress collecting clues and puzzle pieces. 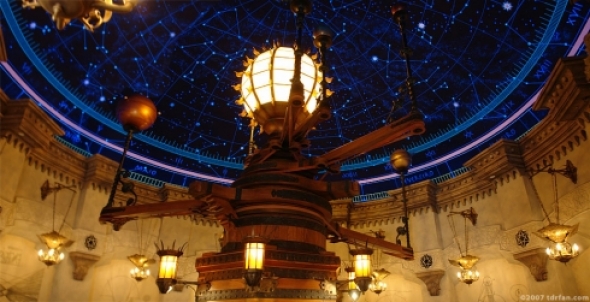 Even with all of its oversized wonder, the most breathtaking and beautiful element within this ancient citadel of knowledge must be the Chamber of Planets. Residing in the Fortress's main golden dome, guests here can manipulate antique cranks and cogs to send metal planets revolving around a glowing Sun.

Outside is Explorer's Landing, an interactive dockside play area of crates, cargo nets, and the docked sailing ship Renaissance, open for adventurers to all ages to climb aboard.

More than just an elaborate palace and dock, Fortress Explorations is the home base of S.E.A. In fact, a bronze plaque near the water’s edge touts: “We, the members of the Society of Explorers and Adventurers, herewith establish Explorers’ Landing in order to promote the sharing of nautical and scientific knowledge for world exploration.”

While literal centuries of adventures likely bridge the gap from the founding of Fortress Explorations to today, of particular interest to Imagineering fans is the portrait above, seemingly painted of the secret society's meeting in 1899.

While some of that year's S.E.A. members are still shrouded in mystery, a few are well-known to Disney Parks guests, as they host some of the most ambitious and beloved attractions around the globe... On the next page, we'll set course for the rides you'll find around the world that connect to the Society of Explorers and Adventurers... if you know where to look.

Just would like to point out that the S.E.A. Logo and map image you have used is actually my work and not Disney as credited.

What about a possible connection within Everest at DAK? Surely there must be an artifact in the queue that references the S.E.A.? The bloke in the portrait with the cold weather gear looks like a great option! I'm so excited to see where WDI takes this. I loved Adventurers Club and to see it live on in such a way is extraordinary!

There's also now an obvious connection to the Jungle Cruise which is directly linked through the Skipper Canteen and any Indiana Jones stuff linked through Jock Lindsay. I could be wrong but I'm fairly certain that the TIKI ROOM and basically all of Adventureland - and now Typhoon Lagoon in tow - are meant to be "in world."

The newly opened Bengal BBQ dining area at Disneland (which took the place of the Adventurers outpost to clear up crowded walkways) features a portrait of the S.E.A. just like the one at the top of this article. This confirms Disneyland's Adventureland a true S.E.A. outpost. Incidentally, there's also a small photo homage to the original inspiration of the Jungle Cruise - The African Queen, starring Humphrey Bogart and Katherine Hepburn. In the photo, Humph and Kate are seated on the edge of a Jungle Cruise - The Zambezi Miss. They appear to be in search of Dr. Albert Falls because on a crate in front of them there is a copy of the good doctor's portrait. Leaning close to Kate, like a nervous child unsure about all this adventure, is Albert, Dr. Henry Mystic's faithful and mischievous monkey. Finally, in the background across the river we can see the infamous trapped safari. Seeing the portrait of Dr. Falls together with the trapped safari, including it's mustachioed and pith-helmeted leader struggling to stay on top, I believe we're now meant to understand that Dr. Albert Falls is the unfortunate leader of that doomed outing. S.E.A. Confirmed?

Any connection to UP? Russell was a member of the Wilderness Explorers Club. Seems like that could easily be the junior organization for S.E.A.