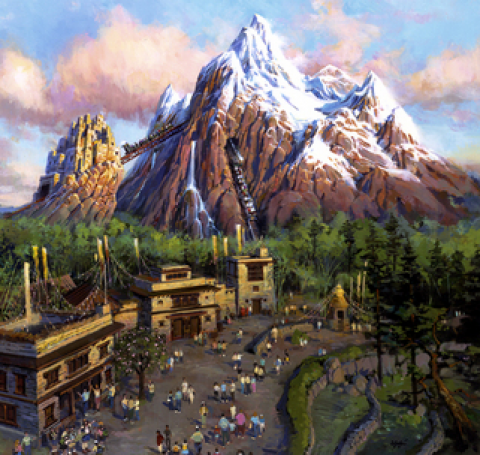 Take a look at the top 15 roller coasters on Earth according to YOUR ratings!

By now, you know all about our free-to-download park guides that already feature almost 23,000 ratings from our readers, and how those ratings affect the live-updating TPT100. We compiled your ratings to create a countdown of the 15 Best Dark Rides – as voted by YOU. Now, it’s time to take a look at the roller coasters that YOUR ratings have weighed as the world’s best.

Disagree with a ride's rank? Just click the ride’s name to visit its attraction page, where a single click will assign your own rating that may shift the ride’s place on the TPT100 in real time! New ratings won’t live-update a ride’s position in this feature, but we feel this is a pretty nice list of coaster experience rankings as of the publication date. 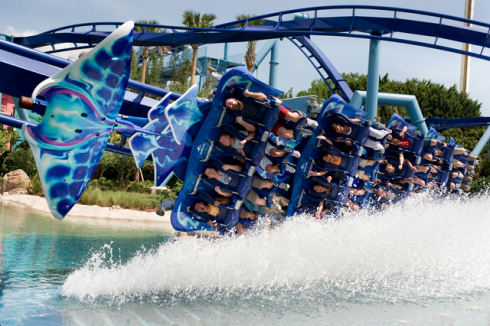 When roller coaster manufacturer B&M stepped into the flying coaster game, they handled it much differently than the other designers, opting to maintain their sweeping layouts and smooth-as-glass style. While not the first entry into their flying coaster canon, Manta at SeaWorld Orlando is perhaps the most brilliant. The queue passes through the park's ray exhibit, surrounding guests in the graceful animals. Visitors then get to become a ray, strapping into the manta-shaped flying coaster. Its soaring layout culminates in an iconic splashdown where the ray's wing appears to dip into a lagoon, spraying a misty wave toward onlookers. 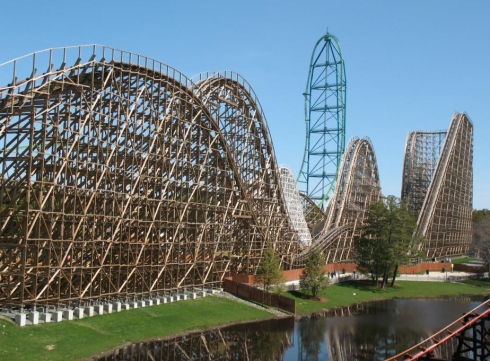 Not a fan of wooden roller coasters? Wait just a minute. Opened in 2006, El Toro is not your grandfather's wooden coaster. Part of Intamin's "plug-and-play" line of coasters, all of the track for El Toro was prefabricated. So while a traditional wooden coaster is built on-site by mounting many layers of wood on top of one another - constantly smoothing and bending beams - El Toro was practically built in a lab, and laser-cut with 21st century precision. Once on site, the labeled pre-cut pieces snap together somewhat like the K'NEX roller coaster in your basement.

It's the imperfections of the on-site process that give traditional wooden coasters their signature rough feel. With laser-cut precision, El Toro feels like a steel coaster - incredibly smooth from beginning to ending. It even uses Intamin's cable-lift, with an elevator-like cable to smoothly pull the train up the life hill in mere seconds... so no lifthill click-clack! Some purists argue that El Toro barely counts as a wooden coaster since it lacks the elements most commonly associated with them. No matter what it technically is, the ride is unlike any other on Earth with its bounding airtime hills and glass smooth experience. 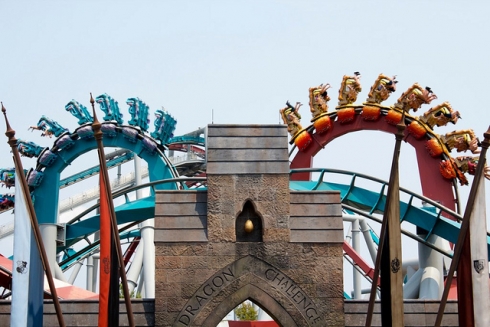 Once half of Universal's innovative Dueling Dragons, the Fire Dragon and Ice Dragon coasters were annexed to the Wizarding World of Harry Potter when it opened in 2010, absorbing part of the park's Lost Continent. The two coasters are entirely separate with unique features and elements, designed so that their interlocking courses would meet at three "near-miss" points during their dueling ride, with the two trains coming within 18 inches of each other. It was an alarming and exciting view for both riders and onlookers to see a train racing right at them at 60 miles an hour, only to pull up at the last second.

A few mysterious accidents forced Universal's hand, as they announced that the two intertwined rides would never "duel" again, with staggered launches to ensure that the near-miss points were never used. Still, the red track (once the Fire Dragon, now the Chinese Fireball) ranks high on our list even apart from its icy blue brother. Maybe because the Fireball track goes 5 miles per hour faster and drops 10 feet further. 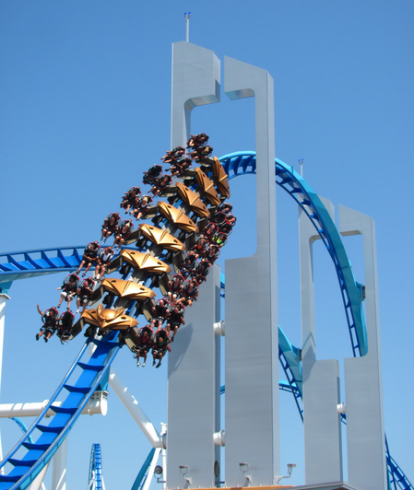 Wing Rider roller coasters are a fun new trend, pairing manufacturer B&M's trustworthy and super-smooth steel coaster with unique winged seating, placing riders on either side of the track with nothing above and nothing below. Early on, the ride's gimmick (and a very successful one in the case of Gardaland's Raptor) was its own style of near-miss, sending the ultra-wide train spiraling through keyhole-cut-outs and sliding right past oncoming obstacles. For both riders and onlookers, the effect hit home, appearing as if a collision was imminent. Later installations (like Dollywood's Wild Eagle) dropped the gimmick in favor of giant inversions high above the treetops.

Cedar Point aimed for the best of both worlds when they built GateKeeper (the tallest and fastest Wing Rider to date, and with the world's highest inversion). At the top of the ride's 170 foot lift, it rolls riders upside down and into a giant drop, followed by swooping, massive hills and inversions. The ride's key moment - and its namesake - is a near-miss zero-G roll through two massive retro keyhole towers that form the entry gates of Cedar Point. The sky-blue ride with its gold trains is magnificent against the skyline, and a fantastic addition to Cedar Point's record-breaking lineup. 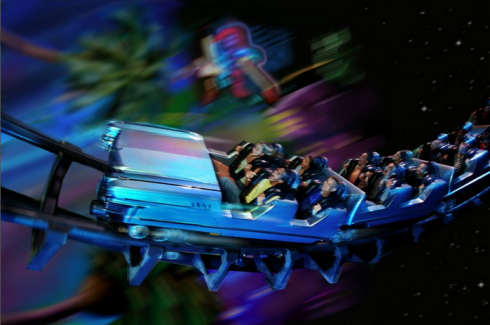 Rock 'n' Roller Coaster Starring Aerosmith turned a lot of heads when it opened at Walt Dsney World. The coaster was Disney's first in the US to flip riders upside down. Apparently undaunted by the hurdle, Rock 'n' Roller Coaster contains three inversions, all hidden in a dark showbuilding full of music-video style lighting and scenery. The ride mercilessly launches from 0 - 58 miles per hour in less than 3 seconds, hurling guests into a dark and disorienting course set to the music of Aerosmith. Certainly one of the most successful of Disney's attempts to enter the thrill ride world, Rock 'n' Roller Coaster is a fan favorite and a major draw at Disney's Hollywood Studios.

How does this not include Phoenix at Knoebels, for that matter why do none of your articles that I have seen mention Knoebels? Its a perfect park.