How Guardians of the Galaxy: Cosmic Rewind Will Fit Into the "New" Epcot

Guardians of the Galaxy: Cosmic Rewind has been controversial, ever since it was announced in 2017. Many have seen the addition of this attraction (which is now under construction) as something completely opposite to the educational and nonfictional roots of this park. However, some new information about this attraction has been released which shows how this new movie-based attraction will fit into the "new" Epcot, debuting in just a few years.

The new "Worlds" of Epcot

Earlier this year it was announced that the current Future World would be going away sometime in the near future, and would be replaced by three different neighborhoods: World Celebration, World Discovery, and World Nature. As you can see above: World Celebration will contain the icon of the park (the newly reimagined Spaceship Earth: Our Shared Story) as well as the central area of the park and the permanent Festival Center while World Nature will contain The Land, The Seas, and Journey into Imagination.

However, though the theming for the previous two neighborhoods is pretty simple World Discovery has a broader theme, focusing on a look towards the future. And while this thematic concept is easy to see with "non-fictional" edutainment attractions like Mission Space and Test Track, how does a ride based on a movie fit into this new land's "futuristic" theme? Well, it turns out there's going to be a little bit of a non-fictional angle to Guardians of the Galaxy: Cosmic Rewind after all.

Learning about our universe and going back in time 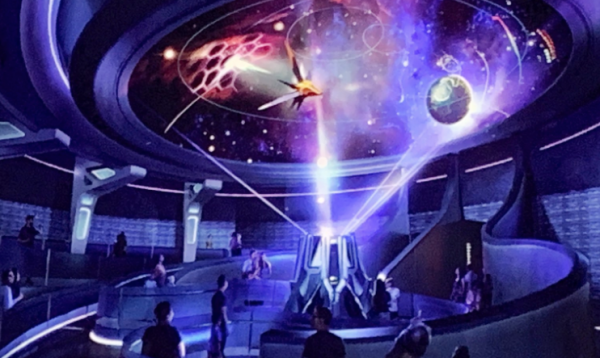 Several days ago at the New York Comic Con it was revealed that Guardians of the Galaxy: Cosmic Rewind won't just be all about superheroes, as some real-world information about space and beyond will be shared in the preshow queue. This lines up with an earlier announcement about how the former Universe of Energy showbuilding (where much of the queue will be contained) will house something called the “Galaxarium,” which is a planetarium-like exhibition that explores the mysteries of the formation of Earth’s galaxy (as well as that of the fictional Xandar).

In addition to the educational aspects of the pre-show area, guests can expect a little bit of a real world science tie-in on the actual ride itself, as the Guardians of the Galaxy will be going back in time at some point during the ride to witness the origins of galaxy during a sequence that includes the Big Bang. 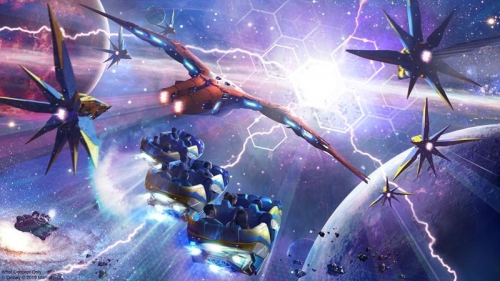 While these educational moments may not be as strong as those you encounter inside Living With the Land or Mission: Space, they do at least speak a little bit to Epcot's "edutainment" roots, which seems like a good thing.