Starcruiser's Here... So What's NEXT?! Here Are 4 IPs We'd LOVE To Get the "Immersive Cruise" Treatment 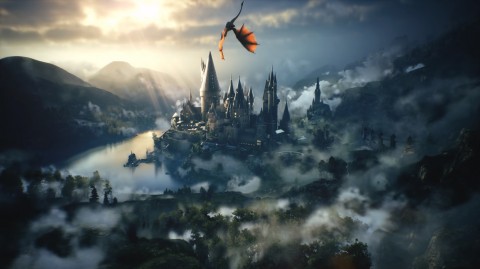 You'd have to be pretty off the grid to have missed the news that as of March 1, 2022, Disney's "Star Wars hotel" is finally open for business. Of course, calling Star Wars: Galactic Starcruiser a hotel is like calling Disneyland a fair – Starcruiser has rooms with beds just like Disneyland has rides, but neither description really manages to "paint the picture" completely.

Galactic Starcruiser isn't just a place to stay. It's a serious disruptor to the themed entertainment industry; a whole new, niche, an extravagantly ambitious undertaking that offers a whole new kind of experience altogether – a hyper-immersive, multi-day, overnight, living theater experience set down deep in the mythology and lore of an existing intellectual property and tied physically and narratively to an adjacent theme park's "Living Land." Phew.

Which of course got us thinking... what could be next? Here are some of our ideas for worlds we'd like to inhabit for a few days...

Universal will always have its place in the record books thanks to the Wizarding World of Harry Potter. When it opened in 2010, the Potter-themed land wasn't just a massive pop culture win for Universal, but a pivot point for the industry. The first "Living Land," the plucked-from-the-screen recreation of the snowy village of Hogsmeade turned out to be major wish fulfilment for millions of people. Suddenly, a lone E-Ticket ride in a showbuilding wasn't enough and overnight, immersive "IP" lands became the new standard. Guests wanted to stand here their favorite characters stood; to eat where they ate; to shop where they shopped.

Arguably, the one-two punch of Hogsmeade and Diagon Alley remain the "ones to beat" when it comes to perfectly turning a cinematic world into a physical one, and try as they might, Disney can't seem to find a true must-have counterpart to the wand-and-Butterbeer combo. Universal practically prints money as guests trip over themselves to buy not Harry Potter LEGO sets and video games, but quills and ink, Hogwarts stationery, house robes, and pumpkin juice. About the only thing better than visiting the Wizarding World would be... staying in it.

It probably won't surprise you to learn that reportedly, plans for an on-site Hogwarts sleepover at Universal actually pre-date the Starcruiser concept entirely. It makes sense. Hogwarts, after all, is literally a boarding school, and anyone who's even glanced at a Harry Potter book or movie knows that the "House" you're sorted into is sort of a big deal, as are the goings-on in common rooms, grand halls, classrooms, and staircases.

A stay at Hogwarts is almost too easy to imagine; a grand Sorting Ceremony for entering guests followed by a feast in the Grand Hall; the ability to participate in real potions classes, divination, and wizarding duels packed with special effects; interactive mysteries and side quests orchestrated by talking paintings that hide secret rooms and passages; "sneaking out" of your dorm at night to participate in after-dark adventures across the castle... All the Butterbeer, Pumpkin Juice, and Otter Fizzes you can drink before passing out on a four poster bed. It's just... too good. And too obvious. So you can bet that as we speak, Universal is watching the reception to the Galactic Starcruiser very, very closely...

Aside from Star Wars, another "natural" fit for the Starcruiser model has to be Disney's other decade-spanning pop culture coup franchise – Marvel. As you doubtlessly know, Disney's use of Marvel heroes has been tricky and uneven, at least in part because Universal retains exclusivity to nearly all of the franchise's highest-earning heroes (including the X-Men, The Avengers, and Spider-Man) east of the Mississippi. After one-off rides in Hong Kong and Anaheim, Disney finally opened an entire land centered on the $25 billion franchise, and while Avengers Campus at Disney California Adventure lacks the complete immersion (and anchoring E-Ticket) you expect from "Living Lands," it's perfect for the Starcruiser model.

How? Simple. Avengers Campus is set in its own continuity, separate from the timeline of the "MCU." Rather than bringing to life one of the places seen on screen (like the fantastical kingdom of Asgard or the utopian country of Wakanda), it thinks a little smaller. The premise is that the Avengers haved transformed an old Stark Motors factory grounds into a Silcon Valley of superherodom; one where we – the next generation of potential world-savers – can "live, learn, and lounge" alongside the heroes we know and love. Focusing on collaboration and creativity and problem-solving, it's literally a campus with labs (via the Worldwide Engineering Brigade and its cast of leisurely, nerdy grad students), a cafeteria (here managed by Pym Labs), and a campus bookstore (here filled with standard college-y campus merch... and Spider-Bots.)

Shouldn't that campus also have a dorm? Imagine a glass-and-steel Avengers dorm set down right in the land for those who want to "intern" with the Avengers for a multi-day experience. Imagine being sent on a secret mission to hack the campus' security system to surveil a possible Hydra agent hidden in plain sight; to access Stark's Armory, assembling your own Photon Blaster with JARVIS' help before trying it out on a firing range; Quinjet simulator training; high-ropes courses that allow you to web-climb, slide, shuffle, and zipline along the Dorm's roof and even over guests in the Campus below. And of course, heroes might pop in and out, building up to a finale face-off with a villain du jour.

Mixing all the fun of Space Camp with a game of spies and a whole bunch of comic book joy, the chance to stay "inside" Avengers Campus for an all-inclusive, transformative multi-day experience with the heroes would be a bucket list experience for a lot of us... and rather than portholes into space, regular old windows into the neon campus will work just fine.