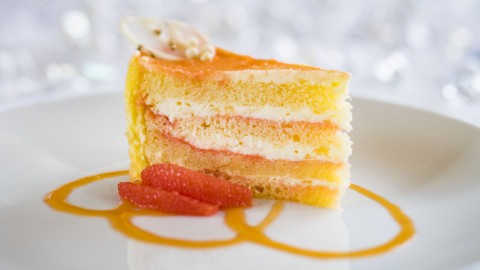 While there are some Walt Disney World experiences that can’t be replicated anywhere outside of the Most Magical Place on Earth, clever chefs have long known that many of Disney’s most popular recipes can be copycatted right in our own kitchens.

This isn’t new subject matter for Theme Park Tourist readers. We kicked off this series with 8 of our favorite Disney parks sweet treats you can shamelessly make at home—a few of the recipes included Dole Whip Floats (your favorite!), the Prime Time Café PB&J milkshake, Kringla Bakery’s school bread, and even Kona Café’s famous Tonga Toast. We then leapt over to the savory side with eight more recipes to thrill your palettes including Berbere Beef, Bobotie, Flame Tree BBQ’s famous sauce, and even Docking Bay 7’s Fried Endorian Yip-Tip.

Readers had a lot of requests for where we should go for round three, and we heard you! Ready to take your Disney-Parks-home-cooking to the next level? Here are ten more of the top recipes we found that Disney fans will love making at home.

Disney has long recognized the power of a well-made cheese soup. This recipe has popped up in a few forms at Epcot’s various festivals, but it’s most well-recognized from World Showcase’s Le Cellier Steakhouse in the Canada pavilion.

Canadians definitely know their way around good cheese (we’ll need to hit poutine on another article… mmm, curds), and Le Cellier’s cheddar cheese soup is rich, flavorful comfort food at its best. Be sure and pick up some good quality bread for dipping—pretzel bread is an even better choice if you can get ahold of some. Of all the recipes we found for this batch, this is one of the easiest, and the only specialized equipment it requires beyond a Dutch oven is an immersion blender.

We didn’t have to dig too far to find a recipe—the Disney Parks Blog released an official one recently! While we’ve found some of the Disney-released recipes don’t exactly match their park counterparts, this one looks pretty on-the-spot. Don’t forget to sprinkle on a little bacon and chives for garnish.

This was, hands down, the most requested recipe from our readers. Ohana’s Bananas Foster Bread Pudding is so beloved, it even made it onto our recent poll!

Bread pudding is already tasty stuff, but the real magic in Ohana’s version is the bananas foster—that means it’s time to get your flambe on! From our own comical mishaps with the technique, my best recommendation is don’t overdo it on the rum, have a tight-fitting lid and fire extinguisher nearby, and do not flambe on a burner with a cabinet directly overhead. Yeah…

Our fellow Disneyphiles over at the Disney Food Blog did a great job with this recipe including some notes on how to tweak the recipe to get closest to Ohana’s unique flavor. For ideas how to modify the recipe, we also recommend this take from Chip and Co which includes additional helpful pictures.

While we admittedly had some problems with Epcot’s Restaurant Marrakesh over the years, we gave the restaurant another shot this past December (ironically, after we struck out trying to get onto Star Wars: Rise of the Resistance on opening day), and we are so happy that we did. The service was excellent, and the food was wonderful across the board—especially the bastilla, which we have missed like crazy.

If you want to try to replicate Marrakesh’s chicken bastilla at home, you can start with this recipe from AllEars.net which sticks to Disney’s method for making it. For those looking for a more authentic chicken bastilla, the blog My Moroccan Food offers a more traditional take. Be warned—once you try it, you may never be able to celebrate without a tasty bastilla again!

I have such a soft spot for Norway’s Kringla Bakery og Café. While I definitely have fond memories from La Boulangerie Patisserie and Sommerfest, Kringla hosts some of the most wonderfully unique sweets in World Showcase. These aren’t your typical Disney sugar bombs like cinnamon rolls and cupcakes. The common thread that makes Kringla’s school breads, lefse, and other sweets so delicious is their subtlety.

While we shared a recipe for Kringla’s famous school bread in our first piece, one of the bakery’s best desserts is Rice Cream. Most rice puddings are packed with sugar, but Kringla’s rice cream is entirely different. The actual pudding has almost no sweetness at all. Instead, the dish gets its dessert qualities from macerated strawberries which you can mix with the rice pudding as much or as little as you like. The resulting dessert is captivatingly creamy and packed with comforting strawberry flavor.

Disney released an official version of the recipe for their D23 fan club (you don’t have to be a member to read it), but if you want a more detailed description, you can also check out Disney Food Blog’s experience making this delicious treat. Don’t be intimidated by the lack of sugar in the pudding—I can testify personally this treat is still a huge hit for kids!

This is a recipe that has shown up quite a few places throughout Walt Disney World--it’s most famously found at Disneyland’s Carnation Café. Walt Disney apparently loved his chili, and his personal recipe has become a favorite comfort food for Disney fans to enjoy both in the parks and at home.

Walt liked his chili on the simple side—if you prefer your chili Texas-style or more complex, you may want to stick with other recipes (I’m a fan of Alton Brown’s from Good Eats). Walt’s Own Chili is the perfect recipe to toss in a slow cooker and enjoy after a long day. The part that takes the longest is soaking the beans. D23 released an official version of the recipe that’s available to the public, and Travel and Leisure even did a piece on it as well.