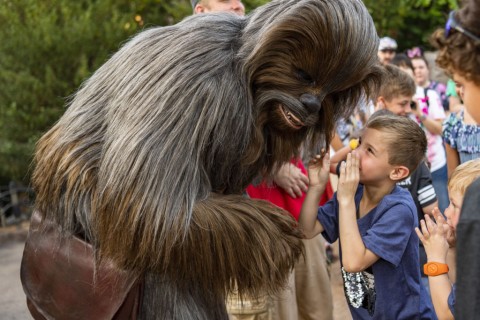 If Disney has taught us anything, it’s that sometimes, you have to think outside of the box. No one initially thought building theme parks in a tiny California town and a city-wide swath of Florida swamp was a good idea, but we can see how it worked out for the Walt Disney Company. Like brave Mulan figuring out she could climb the training post with weights holding everyone else back, sometimes we can find the most creative solutions to our problems if we just consider unusual options.

We love vacation hacks here at Theme Park Tourist, from finding ways to upgrade your next Walt Disney World vacation for free to exploring creative methods to calm down on a stressful trip. We also love exploring some of the stranger and more unusual ways people experience theme parks, and our lifehack pieces have definitely reflected a common trend—some of the best on-the-fly trip hacks sound really weird at first.

We gathered 6 of our favorite unusual trip hacks to try on your next theme park vacation—while a few of these are Disney-specific, most can actually be used at any theme park!

Theme parks can do a nasty number of your feet, but it’s safe to say that few are as brutal as Walt Disney World. The average Disney guests walks around 10 miles a day! Choosing the wrong shoes for a Disney day can be a painful mistake, but many guests find that even their favorite tennis shoes or sandals may still produce searing blisters after that much walking.

I’ve had my share of nasty experiences with blisters at Disney, but I ran into a real pickle on a recent vacation where I forgot to bring backup shoes. We recently took up the hobby of Batuu-bounding during our visits to Star Wars: Galaxy’s Edge at Disney’s Hollywood Studios (that is, the Disney-approved practice of letting guests dress up as “Batuu locals” for your visit). I found a great pair of Star Wars-y boots at Shoe Carnival for like $15 that didn’t feel like they would kill my feet—these became my go to wear for most Disney visits, but I realized quickly that despite how walking-friendly the boots were, after a few hours wandering Batuu, my feet started to ache where blisters were forming.

On one occasion where we weren’t anywhere near First Aid (which has a great blister remedy), we discovered a clever trick for stopping blisters before they spiral out of control. Lots of people swear by chafing balms to prevent blistering. We didn’t have this, but I did have some extra gooey lip balm (petroleum based). Desperate for a solution, I scooped out a little bit of the lip balm (I didn’t want my nasty feet touching the remaining balm) and smeared it on the blistering parts of my feet.

It worked like a dream. I assume a professional foot balm would work better, but it did the trick and saved my feet for the rest of the day! Visiting First Aid is the best solution to foot issues, but this definitely worked in a pinch. You can also try changing your socks—that alone can fee like putting on a new pair of feet!

Disney superfans get quite excited about “secret menu” dishes—it’s sounds so mysterious. While some locations at Disney parks do have legit secret menus (Disney’s All Star Movies Resort is a great example, as is Starbucks), often secret menu items are simply a matter of Frankenstein-ing together two or three dishes into one.

An example of this can be found in Star Wars: Galaxy’s Edge. Everyone has an opinion about which is better—blue or green milk (I personally favor green while my husband likes blue). However, most guests don’t realize that if you buy both flavors, you can request an extra cup to mix them into a blue-green mega milk. The flavors mix together quite nicely, and it’s fun to experience if you’re a repeat SW:GE visitor.

Probably our favorite secret menu item we’ve seen can only be found at Disneyland in California. Guests can upgrade a Dole Whip by picking up a packet of Tajin seasoning for free from Tropical Imports, then adding the seasoning to a Dole Whip from the Tiki Juice Bar. Fans can’t rave enough about the popular mix of sweet, sour, and spicy flavors. You can even upgrade your Dole Whip further at Tropical Hideaway with the “Loaded Dole Whip” secret menu option, adding jicama, cucumber, chamoy, and pineapple. Wish we had this one on the east coast!

Probably one of the most insane Franken-food hacks we’ve seen will give you a sugar rush to send you straight to the moon (or into a long nap at your resort). The next time you pick up an ice cream sundae at Disney parks, pick up a churro first from a snack cart. Add it to your sundae for a tasty treat! This secret menu trick is so popular, Disney actually added it as a real item to some of their park menus.

The sky is the limit for secret menu items—just do a little research online to find what other guests have come up with so far. If you enjoy your food on the creative side, don’t be afraid to combine Disney dishes to make your own Franken-food masterpiece.