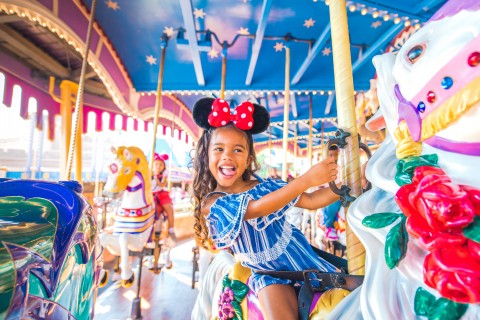 “Florida Man Takes a Bath… in the Kitchen Sink at Wendy’s.”

There really is nowhere in the US—perhaps in the world—like Florida. It’s not a bad thing per se. Florida may have an unusual populace, river dragons, and some frankly terrifying weather, but it also has gorgeous beaches, some of the loveliest preserved ecosystems in the US, and some insanely fun things to do.

It also has Walt Disney World, which is a pretty good bonus.

When everyone else saw useless swamp, Walt Disney saw Florida as a land ripe with opportunity to building the Most Magical Place on Earth (ironically, he specifically had his sights set on EPCOT—the Magic Kingdom was mostly a bonus to make his experimental prototype community happen!). While Walt never got to see his Florida project come to fruition, Walt Disney World had an incalculable effect on Florida. It’s not surprising that Florida affected the evolution of Walt Disney World in turn.

If you’ve only been to Disneyland (or never been to a Disney park at all), you may expect Walt Disney World to basically be a scaled-up version of its California counterpart. Even if you’ve done your research and are familiar with Walt Disney World’s four parks, you still might not be prepared for these five ways that Florida’s weirdness makes the Most Magical Place on Earth WAY different from Disneyland…

Converting 27000 acres of swamp into a pristine tourist destination is no joke. It surprises me to this day how many people still ask me about Walt Disney World only for the conversation to go something like this:

Me: “Oh wow. It can get a little hot and busy in July. Which park will you be visiting?”

Friend: “Disney World—didn’t I just say that? You know, with the castle?”

It’s difficult enough to explain to people that Walt Disney World is made up of four distinct parks (the Magic Kingdom is the one most people erroneously call “Disney World”), but it’s even harder to prepare people for the sheer scale of the place. I’m not even talking about the rides being bigger—the whole resort is absolutely sprawling, taking up a whopping 47 miles of land (only about 1100 acres of that is used by the parks!). Whether you’re first driving through the gates or just taking a ride on the monorail, the resort seems to go on forever, interweaving seamlessly with endless Florida woods and wetlands.

In many ways, you can thank Florida’s unique landscape for Walt Disney World’s stunning size.  Disneyland and Disney’s California Adventure are squished into a pretty confined spot smack in the middle of downtown Anaheim. The city squeezes up against the parks like an urban corset. The proximity is so close that you can literally walk from many non-Disney resorts to Disneyland with only moderate exertion. You also can see downtown Anaheim from some locations in Disney’s California Adventure due to the early decision not to place a berm around the park.

Walt Disney World is completely different, largely because so much of Florida’s natural wetlands have been preserved throughout the property. It’s difficult to describe until you see it in person—the wetlands even permeate the waterways of the parks themselves. The only parks you can walk between are Epcot and Disney’s Hollywood Studios which are a bit less than a mile apart. Do a quick check on Google maps, and you’ll realize you literally can’t walk between any of the other parks unless you plan to go backpacking in the Florida woods (don’t do that, by the way—see entries 3 and 4).

Walt Disney World’s unique position in the middle of Florida’s wetlands makes for an impressively beautiful environment wholly unique from Disneyland. It really does feel like visiting another world, vibrant and green and alive all around the parks. To get a better view of the wetlands during your visit, take a ride on the monorail, the Disney Skyliner, or on any of the boats available throughout the resort.

Very interesting article, with great points and insights. Thank you!