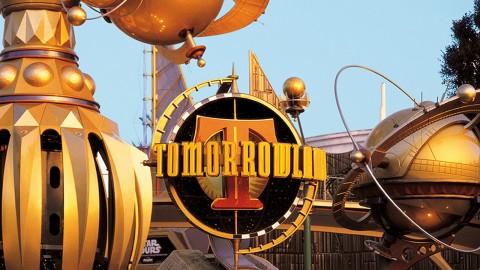 There are some stories Disney would prefer guests just forget…

If you’re a Disney history fan, there is a good chance you may have been watching The Imagineering Story on Disney+-- and if you haven’t, you need to. The six part documentary is a must-see for Disney enthusiasts, presenting an in depth look into the minds behind the parks, from Walt Disney to Disney Imagineers. The show offers a refreshingly honest take into the company’s history, highlighting both Disney triumphs across the globe while not shying away from unflattering stories like the rocky openings of EuroDisney and Disney’s California Adventure. We were genuinely surprised how many bumps-on-the-road-to-magic the documentary explored without trying to give them a polished shine—even when talking about failed attractions like Superstar Limo or the limitations of former Disney overseers.

Despite this, there’s only so much content that can fit into six episodes, and there were understandably a few stories that the filmmakers—and Disney—chose to leave out.

We love Disney parks here at Theme Park Tourist, but we also respect that the journey to the parks of today included some hiccups—including a few that can be called disasters. Indeed, we have an entire library of Disaster Files, Lost Legends, and Possibilityland features where you can read the history-behind-the-history in The Imagineering Story. While many of these tales end with happily ever afters, we can’t help but feel Disney would probably prefer guests forget about these five specific mistakes which didn’t make the cut for series.

1. The failure of Disney MGM as a studio park

The Imagineering Story mentions that Disney’s MGM opened with the intention of being a working studio park that ultimately changed focus—however the park’s actual history is a little more complicated than they let on.

You can read more about the park’s history in our exploration of 10 Misconceptions People Get Totally Wrong About Disney’s Hollywood Studios and our Disaster Files piece on the Backlot Studio Tour, but Disney MGM Studios started off a bit peculiar from the start. Largely, it’s speculated that the park was Michael Eisner’s response to the ever-growing popularity of Universal Studios Hollywood—a park that was getting ready to open an Orlando counterpart. Eisner’s roots were in the movie world, and his influence launched Disney into its Renaissance animation period. Films played a key part in saving Disney’s reputation, and for Eisner, the logical conclusion was for Walt Disney World’s third gate to be dedicated to the world of movies.

Disney’s ambitious plans weren’t just for a park dedicated to cinematic history but rather to out-do Universal at their own game and make a park where guests could watch films be produced in real time at a working studio—including Disney’s own take on a Backlot Studio Tour. To amp up the park’s name and prestige, Disney bought the licensing rights to use the MGM name and access to their film library even though MGM had nothing to do with the actual park.

Disney did manage to get some film production going in the park. Portions of Passenger 57, Honey I Blew Up the Kids, Newsies, Instinct, From The Earth to the Moon, and The New Mickey Mouse Club were all filmed in their studios. The problem was that Disney’s backlots were all designed for guests to be able to view productions in progress through huge glass windows, creating liability and privacy issues for film crews and cast—just the sort of things most film companies prefer to avoid. Despite a few neat special effects segments, Disney’s attempt at a Backlot Tour fell flat—the ride was long, convoluted, and guests rarely saw any production taking place. Universal Studios didn’t even seem phased—they simply cut up their own backlot tour and amped each of the segments into acclaimed-attractions of their own like Jaws and KONGfrontation.

In the long term, the “studio” part of Disney MGM Studios didn’t work out. People just weren’t interested in filming at a theme park under the fishbowl-gaze of tourists, and matters weren’t helped by legal problems with MGM, who didn’t like Disney attaching the MGM name to productions filmed in the park. The park was ultimately rebranded as Disney’s Hollywood Studios, and both the working studio and backlot tours were dropped.

In an interesting counterpoint, this isn’t to say that Disney MGM Studios utterly failed as a working studio. The Magic of Disney Animation attraction successfully housed a satellite production house for animators working on films like Beauty and The Beast, Aladdin, The Lion King, and other Renaissance classics. Some of Disney’s later animated films like Mulan, Lilo and Stitch, and Brother Bear were almost entirely animated within the view of guests. While the Magic of Disney Animation eventually closed with Disney’s shift to Pixar films (the building lives on as Star Wars Launch Bay), in this one area, Disney did actually succeed in bringing the magic of moviemaking to guests.