Can You Believe These 9 "Replacement" Rides Have OUTLIVED The Lost Legends They Replaced? 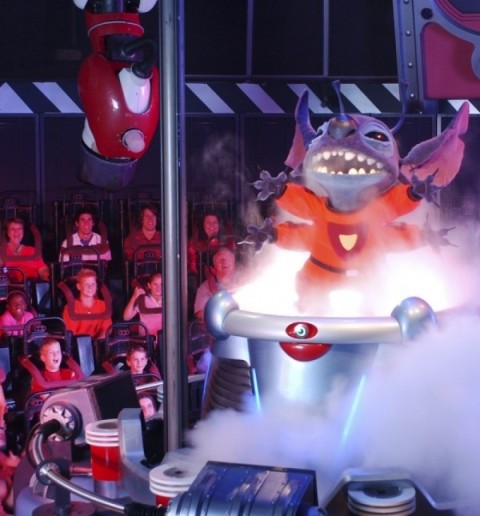 For almost as long as designers have been adding things to Disney Parks, they’ve been taking things away! In the name of progress, expansion, modernization, trends, or funding, sometimes beloved attractions are simply lost to time. As readers of our Lost Legends know, even Walt Disney World’s “blessing of size” doesn’t guarantee that classics are spared from the wrecking ball.

Given that fan-favorites are talked about like the timeless, definitive highlights of Disney Parks, sometimes it can be shocking to discover that… well… time moves on! Here, we’ve collected 9 rides Imagineering fans still tend to think of as mere “replacements” that actually lasted longer than the “classics” they took the place of! Prepare to have your mind blown.

When the Lost Legend: The ExtraTERRORestrial Alien Encounter debuted as part of Magic Kingdom’s ambitious and highly stylized New Tomorrowland in 1995, it represented perhaps the final project in Eisner’s “Ride the Movies” era… It was an epic, cinematic, original attraction subjecting humans to a frightening “demonstration” of Martian tech company X-S Tech’s intergalactic teleportation technology gone wrong. A multi-sensory horror show, the attraction released a carnivorous alien into the pitch black crowd where special effects took over.

A generation of Magic Kingdom fans experienced (and in many cases, were traumatized by) Disney’s scariest attraction ever. But once mounting complaints closed it, the attraction was retroactively heralded as an unappreciated and undervalued cult classic, sometimes considered one of Imagineering’s most creative and clever original experiences.

The attraction was shuttered in 2003 and quickly retooled to capitalize on a character whose brand had skyrocketed: the mischievous blue alien from 2002's Lilo & Stitch. What must’ve seemed like a win-win on paper actually ended up being quickly labeled Disney’s “worst attraction ever,” the Declassified Disaster: Stitch’s Great Escape. As we know, the replacement of the ambitious Alien Encounter with a character overlay would become standard for Disney Parks in the 2000s.

Stitch’s Great Escape switched to “seasonal” status in October 2016 (often a death knell for Disney Parks attractions). Its last recorded date of operation was December 2017. Images circulating online of a Stitch animatronic stripped of parts seem to signal that Disney finally decided to end the attraction’s run, giving it a lifetime 5 years longer than its storied predecessor. Perhaps as a testament to just how detested the latter attraction was, Disney still hasn’t officially announced its permanent closure…! That's probably fitting, though, since evaluation allegedly suggested that Magic Kingdom overall was rated more highly on the whole on days when Stitch’s Great Escape was closed… which means an empty building might be better for the park than Stitch’s Great Escape was.

There is perhaps no ride that better represents Universal Studios than Kongfrontation, the larger-than-life creature feature attraction that opened alongside the Floridian park in 1990. Guests climbed aboard elevated Roosevelt Island trams in a citywide evacuation from the raging ape from King Kong, inevitably coming face-to-face with the banana-breathed Kong in a harrowing and thrilling dark ride.

Though the Lost Legend: Kongfrontation might be one of the most-remembered Universal attractions ever, it didn’t last. In what’s become a recurring plot twist in Universal Orlando’s history, modernization won out. Turns out that basing attractions on blockbuster films means ride lifetimes are measured in seasons rather than decades, and by the New Millennium, a new generation of Universal films needed a place in the park.

Kongfrontation gave its last rides in 2002. Incredibly, just nine months later, the space re-opened with Revenge of the Mummy, based on Universal’s beloved ‘90s action-adventure Mummy film franchise starring Brendan Fraser. Kongfrontation’s enormous showbuilding was just the right size to fit the immense dark ride / coaster hybrid. And in this case, we argue that Kongfrontation’s replacement is equally as beloved, earning an in-depth Modern Marvels: Revenge of the Mummy feature. Though many still think of Mummy as "taking King Kong's place," it has now lasted a full sixteen years – longer than Kong was around to begin with! Doesn't that mean Kong was only temporarily occupying the Mummy's place?

For fans of Epcot, there is no more-missed attraction on Earth than the Lost Legend: Journey into Imagination. Standing among the other grand, intellectual, and historic dark rides from EPCOT Center, the imaginative classic was a “flight of fancy,” with guests journeying alongside the enigmatic Dreamfinder and his curious creation, Figment the dragon. Journey into Imagination lead guests through musical, abstract realms of art, literature, performing arts, and science to the tune of the unforgettable and beloved Sherman Brothers song "One Little Spark.”

Then, in 1998 - as Epcot prepared to host the resort’s Millennium Celebration - the ride’s sponsor, Kodak, was brought in to finance a reimagining. Unfortunately, it took the form of one of the worst rides Disney has ever created, the Declassified Disaster: Journey into YOUR Imagination. Rather than an abstract, musical, fantasy ride through creativity, the attraction's length was cut by 40% and it was thematically absorbed the laboratory-like “Imagination Institute” theme of the pavilion’s "Honey, I Shrunk the Audience" 4-D film. The ride became an "Open House" tour through the Institute’s sterile “sensory labs” with Monty Python actor Eric Idle as the star. Aside from cutting the ride time in half, the 1999 version also didn’t include Dreamfinder, Figment, or “One Little Spark.”

Backlash was immediate and fierce. After almost exactly two years, the Imagination Institute closed as the attraction was re-worked again. Would Dreamfinder return? Nope. Today’s version – intentionally titled “Journey into Imagination with Figment” – maintained the Imagination Institute storyline, halved ride track, and Eric Idle’s wacky scientist, merely inserting a troublemaking Figment among the institution’s scenes. While the modern ride is remarkably better than the short-lived middle version, it’s a painfully bad attraction compared to the classic… which should make it all the most unbelievable that the current incarnation has already outlasted Dreamfinder’s original run.

Maybe that helps explain why a generation of Disney Parks visitors has absolutely no idea who Dreamfinder even is, or why anyone would want a shirt with that pesky and irritating purple dragon who derails our tour! Mind blown yet? The unbelievable outlasting of classics continues on the next page...

Stitch's Great Escape was finally confirmed as officially closed in 2020.