How to Maintain Your Workout Routine on a Disney Vacation 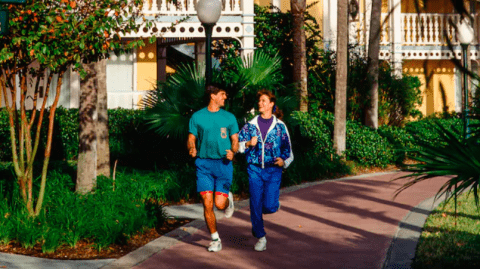 For many, vacation offers us a hall pass to duck out on our everyday routines. Want four doughnuts for breakfast? No one will bat an eyelash. Feel like spending your 9-to-5 poolside, boozy Dole Whips in hand? More power to you.

For others, maintaining some kind of daily routine is essential to their enjoyment of a vacation—or, at the very least, it prevents them from indulging every unhealthy whim. Maybe you’d like to go for a run in the morning, then eat churros for lunch. Or maybe starting your day with some yoga poses helps you limber up for the laborious 1.2-mile trek around World Showcase.

Whatever the case, there are plenty of ways you can get in some healthy, stimulating exercise during your Disney vacation without holing up at the closest hotel gym for hours on end. Many Disney resorts offer in-house gyms, to be sure, but they also have a plethora of interesting alternatives for those looking to stay active. Here are just a few of the perks you can take advantage of during your next trip—for Disney Resort guests and non-guests alike.

Go for a run around the Sassagoula River, Crescent Lake, or Lake Buena Vista Golf Course. 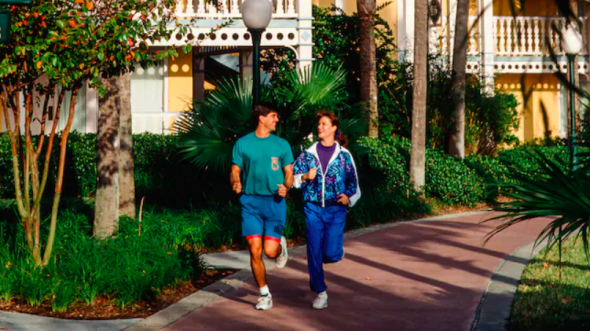 Perhaps the most obvious solution to vacation workout woes, the Disney Parks offer a variety of extensive, beautifully-maintained walking and jogging paths around their various resorts. While Disneyland Resort doesn’t incorporate jogging paths into their properties (as you’ll see further down on this list, their morning power walk threads through Disney California Adventure itself), Walt Disney World features as many as 11 different routes within their 30,000-acre resort.

So, how do you pick the path that’s right for you? Here’s a tip: think about how you’re planning each day of your vacation. Once you know where you’re headed, be it the Magic Kingdom, Epcot, Disney’s Hollywood Studios, Disney’s Animal Kingdom, or Disney Springs, you can better select a path that might be a) close to or easily accessible from your hotel or b) adjacent to the next park you plan on visiting (assuming, in this case, that you plan on going straight from your workout to the parks).

If you’ve planned a multi-day trip to Walt Disney World, consider switching up your running, jogging, or power-walking routine from morning to morning. There are many scenic vistas to be enjoyed along the property’s trails, guaranteeing that you’ll see something new and interesting every day.

Sign up for a complimentary morning power walk through Disney California Adventure. 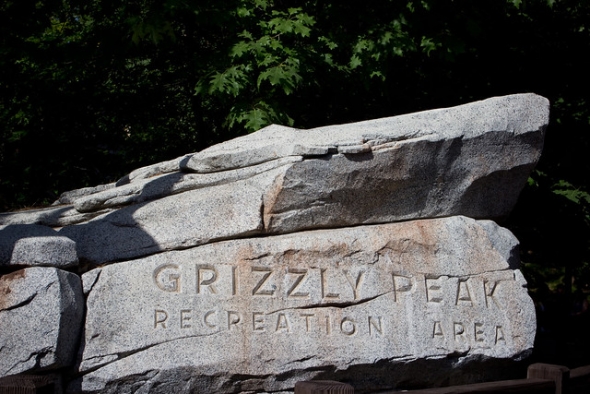 It’s a well-known fact that Disney marathon runners get treated to pre-dawn and sunrise views of the parks in the hours leading up to normal operating hours. Outside of runDisney events, however, the ability to step inside the parks at such an early hour is pretty much impossible for non-employees.

That’s not necessarily the case at the Disneyland Resort, where guests staying at any one of the three official hotels can sign up for morning power walks through Disney California Adventure. Snapping a few photos for the ‘gram is strictly prohibited, but it beats walking down Harbor Boulevard in the morning (unless you happen to be power-walking your way to IHOP, that is).

There’s no cost for the two-mile session, but guests (those 14 or older) are strongly encouraged to sign up in advance and will need to convene with the group at the Grand Californian park entrance around 5:45 a.m. or so. It’s also worth noting that any guests between the ages of 14 and 17 will required the accompaniment of an adult during the experience.

If keeping up a brisk 15-minute/mile pace sounds too daunting an activity to attempt before breakfast, the resort also hosts a 45-minutes Pilates class and two separate 45-minute stretching classes for interested guests, the latter of which is hosted inside Disney California Adventure.