5 Wild Secrets You Might Not Know About Disney's Animal Kingdom 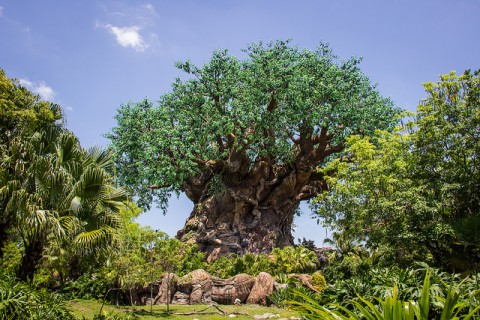 Before Animal Kingdom played host to one of today’s most technologically advanced and awe-inspiring theme park attractions, before it debuted the most fearsome Audio-Animatronic in Disney Parks history, before it opened its exquisitely-crafted, naturally-sourced habitats to over 2,000 exotic animals, it was little more than a glorified dirt pit and fireworks testing grounds. According to Disney Legend Marty Sklar (as interviewed by Chuck Schmidt for Disney’s Animal Kingdom: An Unofficial History), the patch of land located at the southwesternmost tip of the Walt Disney World property was so remote and so barren that Imagineers could borrow shovelfuls of dirt to fill in empty areas around Epcot, without once thinking that the land would eventually be repurposed as Disney’s fourth theme park.

Of course, you’d never know that by looking at the park today. After its controversial opening on Earth Day 1998, Disney’s Animal Kingdom has become one of the most beloved and celebrated parks across any of the company’s six properties, noted for its lush, colorful landscape, captivating wildlife, and superlative thrill rides. As with each of Disney’s previous projects, however, the company hit a fair number of bumps in the road before they got to their final destination.

Let’s go back in time—not quite to the age of the dinosaurs, but close—and look at some of the crazy circumstances that shaped the Animal Kingdom we know and love today…

Disney executives weren’t convinced the park needed animals until they came face-to-face with a tiger. 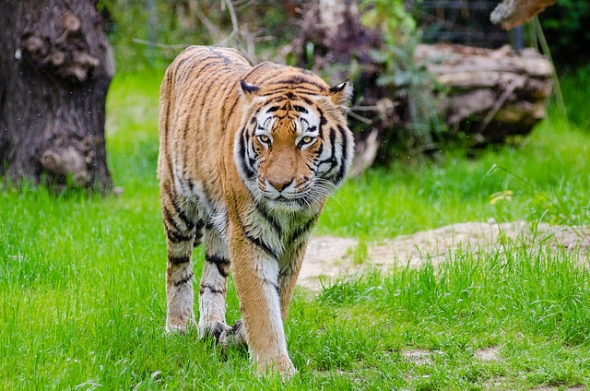 Disney’s Animal Kingdom just wouldn’t be the same without the thousands of birds, elephants, cheetahs, lions, rhinos, giraffes, crocodiles, flamingos, and assorted other animals that call it home. In the park’s formative years, though, some had difficulty grasping the vision for a park that would cater to wildlife above its human visitors. Then-CEO Michael Eisner and president Frank Wells counted themselves among the skeptics who had trouble believing that guests would be drawn to a theme park that placed a greater emphasis on peaceful wildlife than thrill rides and live entertainment.

Would Disney’s guests “get” the point of a park where animals dozed during the day instead of turning tricks, the way the animatronic elephants and hippos did in Disneyland and Magic Kingdom’s Jungle Cruise? Would they be entranced by exhibits that didn’t follow a clear storyline, the way the structured queues of Pirates of the Caribbean and the Haunted Mansion did? And more importantly, would they pay good money for such an experience?

Imagineer and executive designer Joe Rohde didn’t have all the answers to Eisner and Wells’ questions, but he did make a compelling argument in favor of an animal-based park. Per Sklar’s recollection, Rohde took a meeting with the company’s top brass, tasked with finding a creative way to convince the executives that Disney had finally keyed into the right vision for the new theme park.

“We know there are concerns about whether animals are, in and of themselves, dramatic,” he deadpanned, then watched the tension in the air become practically palpable as a trainer led a 400-lb. female tiger into the room. As Eisner and Wells sweated in their chairs, Rohde explained the appeal of up-close-and-personal encounters with the animals—aptly and convincingly pointing out that the drama the animals provided hinged on the fear they also evoked within their viewers.

That demonstration may not have been singlehandedly responsible for persuading the pair to take a chance on Animal Kingdom, but it wasn’t long before they gave an unequivocal green light for Imagineers to finish constructing the park.