If You Love To Wait in Line, You'll Love These 10 Disney Rides with OUTRAGEOUSLY Low Capacity 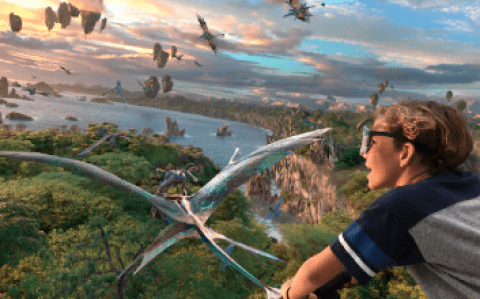 Do you love to wait in line? If so, you've come to the right place.

Whether you know it or not, there's one number that will make or break your day at any Disney Park: capacity. Tens of thousands of people visit each Disney Park, every day... and at some point, it will feel like most of them are in line ahead of you. That's when capacity matters most. Late last year, we took a must-read look at Disney attractions with OUTRAGEOUSLY high capacity – "people-eaters" that can handle massive crowds with ease. Now, let's take a look at the other side of the coin...

Naturally, Disney Parks are full of low-capacity attractions and experiences that can't handle more than a few hundred guests per hour and thus don't try to. Rather than listing all of those, we've chosen 10 headlining or essential attractions that have capacities lower than you might expect... These 10 rides and attractions command big attention, but with relatively small throughput to back it up. Given that these attractions overlap in the Venn diagrams of "low capacity" and "high desirability," they often end up with long lines... So perhaps the best test of an attraction's draw is to ask: which of these are worth the inevitable waits to experience?

What does it mean? 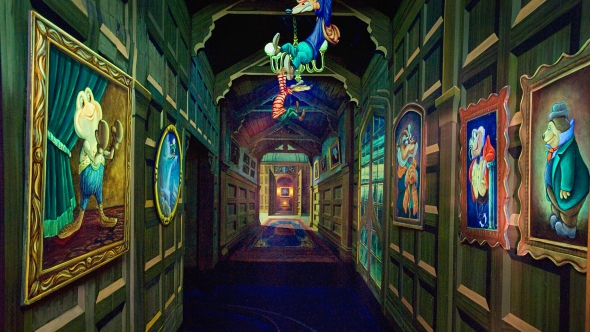 A ride’s theoretical hourly capacity is a simple mathematical measure (often supplied by a ride's manufacturer) of how many guests can experience a ride every hour “in theory.” If a ride vehicle can hold 4 guests and dispatch every 10 seconds, that's 24 guests per minute, or 1440 per hour. In other words, theoretical hourly capacity would require a friction-free machine with every logistical and operational variable working at its peak.

That’s why a smaller operational hourly capacity accounts for the sheer realities of operating attractions (like vehicles that are dispatched with an empty seat or two, loading taking even just a few seconds longer than expected, etc.). Operational hourly capacities take those inevitable interruptions into consideration to produce a more reasonable, realistic number of guests who you'd expect to experience the ride in an hour.

So how do these numbers play out in practice? Here are 10 surprisingly low-capacity signature rides at Disney Parks...

It's no surprise that some Disney fans call AVATAR Flight of Passage the best modern ride on the planet... The sweeping, moving, emotionally captivating attraction sends guests soaring across the floating mountains of the distant moon of Pandora. A breathless and beautiful thrill, the ride easily rose to the top of our countdown of the best Disney "mountains", and it featured prominently in our in-depth look at the Rise of Simulators in theme parks.

There's just one thing most guests don't like about Flight of Passage: its capacity. With a realistic operational capacity of 1440 people per hour, Flight of Passage's throughput is nothing to sneeze at... but it's also not great for the anchor attraction inside the headlining new land at one of the most-visited theme parks in the world. Even before its opening, fans criticized Disney for opting to not increase the ride's capacity (even though it already features four theaters that operate independently). What's worse, insiders allege that the ride system itself is prone to breakdowns, with an overheated theater instantly reducing the hourly capacity to barely over 1000 riders.

So next time you see the E-Ticket's queue stretch to two, three, or four hours, remember this: it's not just that Flight of Passage may be the most in-demand attraction at Walt Disney World; it's also got a surprisingly mediocre capacity – perhaps a fair trade-off for such an exhilerating experience. 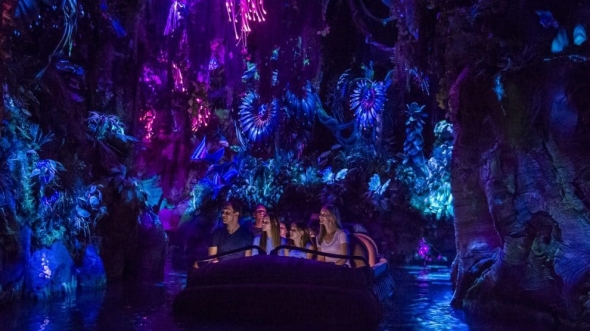 That brings us to the other in-demand attraction in Pandora – The World of AVATAR. Despite the obvious E-Ticket splendor of Flight of Passage, it's actually the land's secondary attraction – Na'vi River Journey – that really got fans talking. After all, when's the last time Disney opened an original, tranquil, boat-based dark ride? Imagineering fans were intrigued by the idea of the plotless trip through the bioluminescent jungles of Pandora, promising encounters with the moon's exotic plants and animals.

Ultimately, most guests tend to agree that Na'vi River Journey could probably have stood to double its four-minute ride time, given that just as the attraction reaches its peak, guests hit the unload. Even if the stirring, musical journey doesn't quite hit "Modern Marvel" standard, it's still a wonderful addition to the resort, a boon for Imagineering, and a much-needed ride for Disney's Animal Kingdom (which, until the opening of Pandora, had only one dark ride – the terrifying Modern Marvel: DINOSAUR). 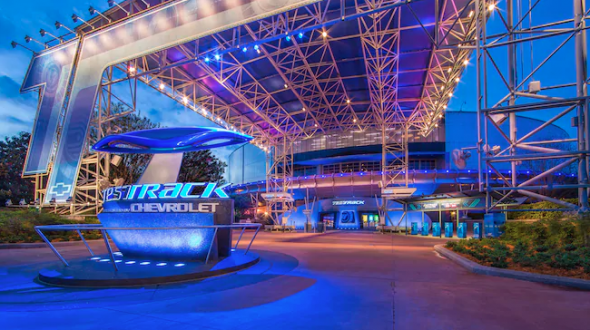 TEST TRACK may very well be the ride that changed everything at Epcot. Replacing the intellectual and industrious Lost Legend: World of Motion, the original version of the ride – itself a Lost Legend: TEST TRACK – put guests through the paces, taking on the role of test dummies in a General Motors vehicle test facility. The attraction was meant to help guests appreciate GM's real safety features (like antilock breaks, weatherproofing, and crash testing) by letting guests experience them first-hand.

Though it's been completely overhauled into a digital, TRON-esque aesthetic and an emphasis on the engineering design process, TEST TRACK still uses the first generation of Disney's high-speed, slot-car ride system (used once more in California's Modern Marvel: Radiator Springs Racers). One culprit for the ride's lower-than-liked capacity? Its six-person vehicles. While they do resemble real cars in their "two rows of three" setup, the design doesn't account for the fact that guests rarely come to the parks in odd-numbered groups like three or six. While a Single Rider line helps keep vehicles dispatched full, the unusual set-up and the physical infrastructure of the ride system keep TEST TRACK from ranking among Disney's high capacity rides.

Now, we're leaving the "mediocre capacity" category and are heading into attractions whose throughput is significantly low for being in a top 10 park... Read on...