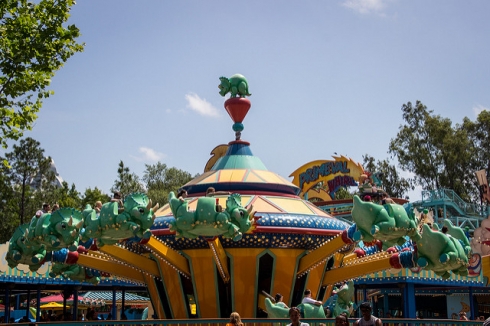 In some cultures, it is considered tradition to intentionally craft errors into works of art. For some, this is meant to evoke the idea that humanity is incapable of perfection. For others, it’s because they believe one’s spirit is spun off into their creation, and the imperfections allow that piece of their spirit to escape.

Disney’s Animal Kingdom is, very nearly, a perfect theme park. It is close to perfect, in fact, that its flaw seems more likely to be a deliberate imperfection crafted for one of the above reasons. That flaw, however, sticks out like a sore thumb. It is, of course, Chester and Hester’s Dino-Rama.

This section of the park has a few attractions, so what makes TriceraTop Spin rise above the others to claim the spot of worst attraction? Well, at least Primeval Whirl is a parody of its neighboring attraction, Dinosaur. That’s kind of funny. TriceraTop Spin is just a Dumbo ripoff. Alas. 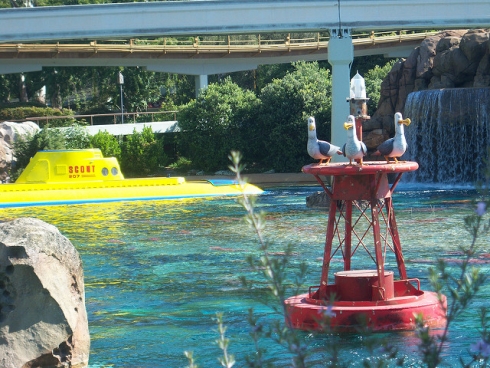 With space at something of a premium at Disneyland Park in California, weak attractions rarely stick around. And so, when combing through the many options within Disney’s first theme park, it’s honestly hard to land on any that are particularly bad.

Still, we have to pick one — and while a kiddie ride might seem like an obvious selection, those at least serve their purpose well. One ride, however, falls just short of its potential: Finding Nemo Submarine Voyage.

The attraction is fine, sure. It uses creative projections to tell a cute story and maintains a classic ride system. However, 20,000 Leagues Under the Sea — which it replaced — was a soaring ode to science fiction and adventure. It was a dated thrill ride, yes, but it thrilled all the same.

The original attraction in this space became world famous, and Finding Nemo is a disappointment in that regard. It’s not bad, but it is the worst ride at Disneyland Park. 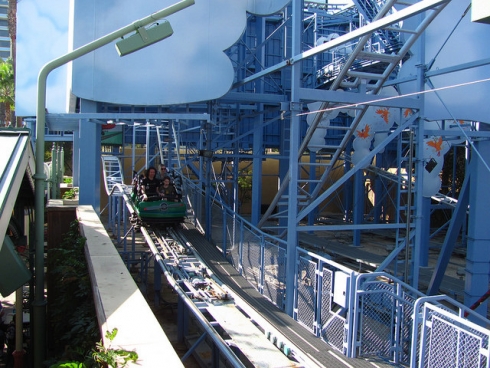 Years ago, this would have been much harder — but for all the wrong reasons. Disney’s California Adventure opened with some stinkers, but a billion dollar renovation saw most of those go by the wayside.

The Disney Parks should strive for something above and beyond what regional parks can offer, and an off-the-shelf wild mouse just doesn’t cut it — particularly when it lacks an interesting theme of its own. You can ride this exact ride at countless amusement parks around the country, and you wouldn’t be able to tell the difference. If it was even half as well-themed as Primeval Whirl, it might not be on our list. 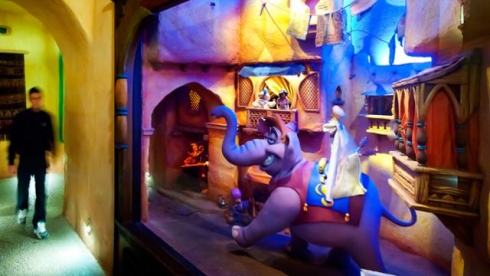 Disneyland Paris went through some growing pains. When it opened, it quickly became seen a a colossal failure and an example of American corporate naïveté. But, over time, the company put in real effort to improve the park and enhance its offerings.

One strange addition was Aladdin’s Enchanted Passage — a kind of walk-through retelling of the classic Disney film. It’s a weird conceit, however, to essentially recreate the classic Disney dark ride experience ... without the ride.

Disney cheaped out on this attraction, hoping to boost attendance, satisfaction, and capacity with spending too much on a capital outlay. Frankly, it shows — this would be so much better as a ride. 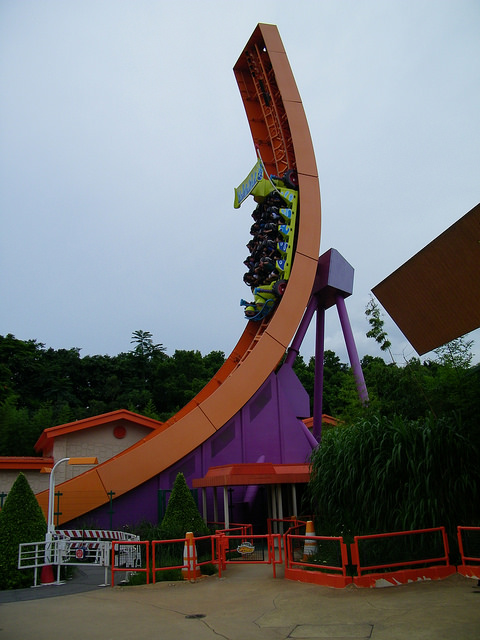 On its own merits, RC Racer is a fine attraction that is not dissimilar to the swinging pirate ship-style ride we’re all familiar with from our local parks. It’s quasi-roller coaster design and fun theming making an acceptable experience.

However, Disney can and should be trying for much bigger and better things.

It’s easy to give Disney leeway when it comes to kids’ rides — after all, Dumbo has long waits for a reason. However, it’s rides like RC Racer that make it hard to defend Disney. It’s clearly not a ride for small children, which means Disney has a bit more ambition in creating it. So, why did they wind up with something that is, more or less, off-the shelf?

RC Racer isn’t bad, but it’s the worst attraction at Walt Disney Studios Park because it could be so much better.