Why the Next Decade of Disney Could Be Its Best 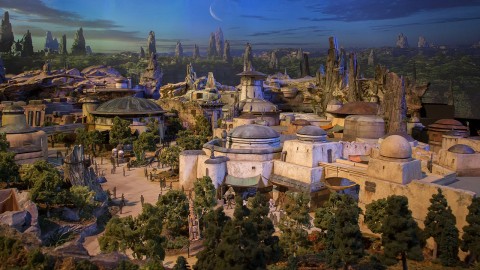 It may sound as though its content would be as cold and boring as a freshman economics class, but the Walt Disney Company’s 1990 employee annual report contained within it an idea that changed the face of entertainment forever.

“We’ve been doing a lot of dreaming lately,” CEO Michael Eisner proclaimed in the document, with a Nick Fury-ian bravado. “And we’ve given the dream a name. It’s called ‘The Disney Decade.’”

Those three words — The Disney Decade — have come to be viewed as a kind of Pax Disneyana among Mouse House loyalists. That fabled 10-ish year span saw the construction of dozens of hotels, countless attractions, multiple entertainment areas, and, oh yeah, an entire fourth gate — and that’s just in Orlando.

18 years and a couple of economic crises later, Disney hasn’t quite experienced the same height that it did when Eisner boldly announced his forthcoming Decade. But, in recent years, it’s become hard to ignore the seismic activity that seems to have its eyes set on the Walt Disney Company once again.

As its film studios churn out billion-dollar hit after billion-dollar hit, and as Walt Disney World’s noisy neighbors continue raising a racket down the street, the signs of a second Disney Decade are becoming impossible to ignore.

So are we really doing this again? Is The New Disney Decade upon us? It certainly seems so. Here’s why:

What We Know is Coming 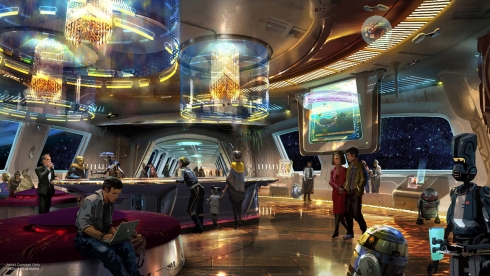 You don’t have to look too far into the past to find a time when we were totally in the dark about what Walt Disney World had planned for the coming years. There was a time when Seven Dwarves Mine Train was the most hyped project in Disney’s arsenal and when New Fantasyland seemed like it might be the sum total of Disney’s response to The Wizarding World of Harry Potter.

In hindsight, it’s easy to see how foolish we all were.

2017’s edition of the D23 Expo was a kind of coming out party for The New Disney Decade. That event either announced or confirmed roughly a dozen new projects that Disney planned on bringing to its parks. And in the time since, we’ve learned of other official plans Disney has to remake its entertainment offerings.

We found out that Toy Story Land would open in the Summer of 2018. And, as part of Disney Hollywood Studios’ complete overhaul, The Great Movie Ride would be replaced with Mickey and Minnie’s Runaway Railway. 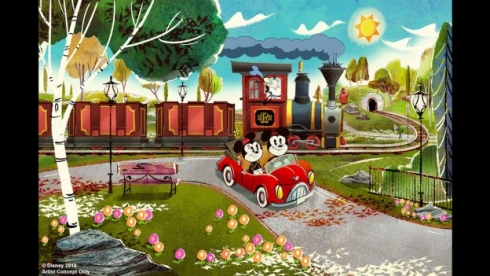 We learned that Star Wars: Galaxy’s Edge would make a bicoastal debut in 2019, complete with multiple attractions and even a fully-themed and immersive hotel set in the Star Wars universe.

Disney showcases other major E-Ticket attractions that would come to the Florida resort, including an import of the beloved Ratatouille attraction from Walt Disney Studios Park in Paris and, from Shanghai Disneyland, Tron Lightcycle Power Run. And, replacing the Universe of Energy, Disney would create a new Guardians of the Galaxy attraction. 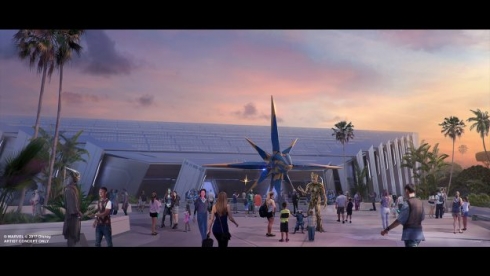 But even that is not all. Disney further confirmed new ancillary developments, like a Space-themed restaurant in Epcot’s Future World, a new DVC resort on the Caribbean Beach Resort grounds, and the highly anticipated Disney Skyliner gondola system.

And then, just this year, Disney finally announced that Disneyland, Disneyland Paris, and Hong Kong Disneyland would all receive a new land based on the Marvel Universe.

That’s a lot of stuff, and to be honest, it’s not even every single project Disney has announced (Japan is getting a new restaurant!). But, here’s the craziest part of all: They’ve got more stuff coming that they haven’t announced yet.