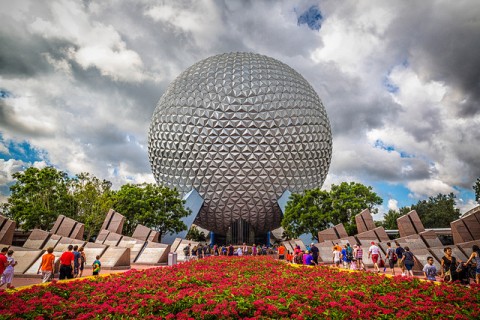 Epcot's Future World needs some help. When it first opened in 1982, the front half of Walt Disney World's second park lived up to its name – showcasing technologies and innovations we might have expected to see at some point in our lives. And, indeed, many of those ideas came to pass with the advent of the internet age. But, sometime in the mid-1990s, those dreams of a Future World forever looking forward ran into some trouble, and those in positions of power in the Walt Disney Company scaled back the “educational” aspect of the park in favor of more traditional thrills.

The only problem was that Epcot was never truly about being educational. Sure, you might learn something along the way, but what separated it from the Magic Kingdom was that the stories it told were stories of real people and real ideas. The heroes of Epcot weren't princess or pirates, they were scientists and inventors. And, for many, that resonated just as strongly.

One of the reasons these stories were told at Epcot was the relationship between Disney and the sponsors of each pavilion. They were all important players in their industries, and they used these attractions as ways of exciting the general public about the work they were doing. For some, it was literal (think World of Motion) and for others, it was more metaphorical (think Horizons).

But what Disney fans may not realize is that these partnerships were mutually beneficial beyond the obvious ways. Yes, the companies helped pay for massive attractions, but they also brought fresh new ideas to the table for Imagineers to work with.

And so, granting that premise, the surest way to breathe new life into Future World is an influx of new corporate sponsors, all eager to leave their mark on another generation of young people. Here are five companies that would make great Epcot sponsors – and a look at what they might bring to the table in a redesign of some of Epcot's famed pavilions. 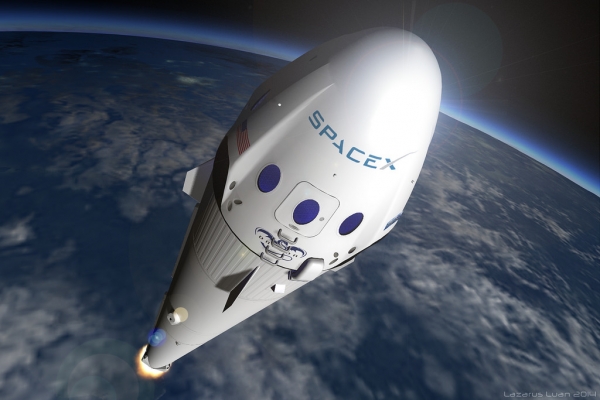 It's hard to believe, but Mission: Space has been around for nearly as long as Horizons was. I know. And, after 12 years in operation, it's starting to show its age a little bit.

I don't mean that the technology seems dated – the simulator experience is still one of the craziest thrill rides on the planet – but the whole attraction is beginning to feel somewhat stale. Whether it's the low-res video that plays throughout the attraction, the clunky storytelling, or the strangely mesmerizing monotone of Gary Sinise, it kinda feels time for a refurb.

Thankfully, in the years since Mission: Space first opened, the commercial spaceflight industry has grown by leaps and bounds. And, viewing the landscape, there is no company better suited to guide a refurb of Mission: Space than SpaceX.

Founded by tech billionaire and possible super villain Elon Musk, SpaceX is currently one of the most efficient and ambitious commercial spaceflight companies in the world – operating resupply missions to the International Space Station among other goals. On top of that, Musk is a true visionary in the mold of Steve Jobs and Walt Disney, and he would surely have strong opinions about how to present the concept of spaceflight to the general public. That kind of passion for innovation is what has been sorely lacking from Future World's pavilions in recent years, and a Space-themed attraction that genuinely gets people excited about space travel would be welcome.

Image: Tesla Let's stick with Musk for a second.

The Universe of Energy is among the oldest attractions in Future World, and while I greatly enjoy the charm and charisma of Ellen Degeneres and Bill Nye the Science Guy, it feels wildly out of place in the 21st century.

Originally sponsored by Exxon-Mobil, the Universe of Energy is essentially a love ballad to the fossil fuels industry. While cursory mentions are given to forms of power such as solar, wind, hydroelectric, and nuclear, the vast majority of the ride tells the story of petroleum and natural gas. And, the fact is, that's just not where the conversation about energy is moving.

Tesla happens to be the exact spot where that conversation is moving. Yes, they're famous for their electric cars, but what Tesla is doing is more than just that. Musk recently announced his company would begin selling home batteries that would help cut energy costs for homeowners across the country, all while stabilizing our energy grid. Furthermore, these batteries could be combined with private solar panels to create even more power, cutting the grid's reliance on fossil fuels and giving citizens more choice in where their energy comes from.

Those are enormous ideas with a wide variety of consequences. Musk doesn't just want to change what powers our cars, he wants to change how we think about power. Whether he's right or wrong doesn't actually matter. What matters is that he's thinking big, and big ideas are what Future World (and the Univese of Energy) should be all about. I mean, brain power is the only source of energy that will never run out, right?

YES. A million times YES! Gosh I hope there's a Disney exec or two, or ALL OF THEM that read these.

Totally agree. Personally, I see Google more as pushing the bounds of tech than Apple. But since Disney and Apple are so close, probably wouldn't happen. Also, as great as showing the inter-connectivity of Facebook would be for Spaceship Earth, I don't think Disney wants to join forces with Facebook. Considering Disney is one of the most trustworthy brands to most people and, let's face it, Facebook is seen by many as an element of Big Brother watching (something Disney tries to steer away from), I don't think they would work well. Plus, Siemens seems to do a pretty good job with everything, sponsoring Illuminations, Osbourne Lights, and Disneyland's Small World