5 Things to Love About Disney's Most HATED Attraction 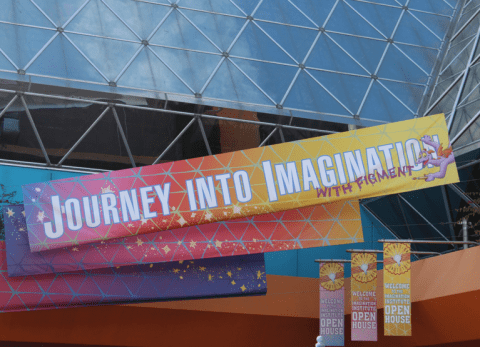 When things change at Disney's theme parks, we fans don't necessarily react with the most open of minds. Sometimes, attractions open and we don't entirely give them a fair shake to prove themselves – we're so upset at the loss of a beloved attraction, that Disney could replace it with the second coming of Horizons and we'd still complain.

A few weeks ago, I looked at the most maligned attraction at Walt Disney World, Stitch's Great Escape, and attempted to show that from a certain point of view, it really isn't all that bad. Even Disney's lesser attractions, when compared to the offerings you might find at your local amusement ground, aren't actually terrible. But, when compared to things like the Haunted Mansion and Spaceship Earth, they don't entirely stack up.

Perhaps the best example of this anywhere on Disney property is Journey into Imagination with Figment at Epcot. While it has its supporters, there are countless Disney fans out there who, upon hearing this attraction's name, begin foaming at the mouth in an unhinged rage. And, all things considered, they have a good reason to feel that way: The original version of Journey into Imagination was one of the greatest rides Walt Disney Imagineering ever produced, and its removal from Epcot was an absolute travesty. As such, whatever Disney replaced it with would be met with scorn and derision from much of the fanbase.

And yet, if you try to look at it with fresh eyes, forgetting everything you think you know, it's really not as bad as you think. Here are a few reasons why:

If Disney fans dock points from Journey into Imagination with Figment because it's not as good as its original conception, it should earn bonus points for being light years ahead of the 1999 edition: Journey into YOUR Imagination.

For my money, Journey into YOUR Imagination was the single worst attraction the Walt Disney Company ever put together. It was a cynical and sarcastic ride that began by insulting its guests – implying that they lacked any real imagination – and then proceeded to “stimulate” them using optical and auditory illusions.

It was awful. And, when Disney chief Michael Eisner finally saw it, he immediately ordered it remade into the version that exists today – bringing back many of the elements from the original version of the ride.

We're all disappointed Journey into Imagination with Figment isn't the same attraction as it was when the pavilion opened in 1983, but considering the sizable step up it has taken from its darkest point in 1999, it really has to be given a bit of a break. It's not a perfect attraction, but now that we know what utter and complete failure is, it's hard to call it one.

2. Figment is a great character 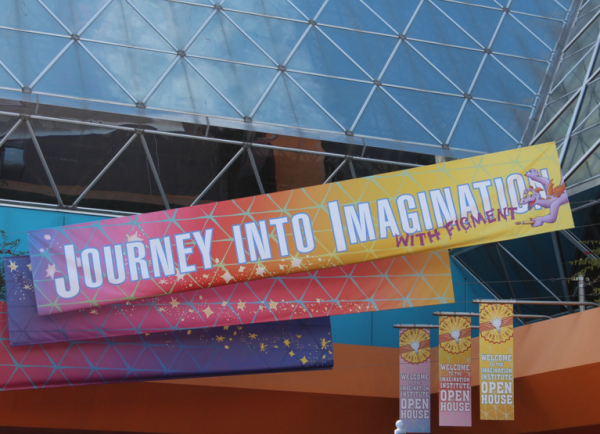 When Disney redid the attraction in 2001, turning it into the attraction we know today, they knew that they had to bring back one of the most beloved characters in Epcot history: Figment.

Figment is a great character for a few reasons: First of all, his “royal purple pigment” is quite striking, and doesn't look like anything else you see in Disney's character design. Secondly, while most other Disney characters are at least based on real animals (mice, dogs, ducks, etc.), Figment is a dragon – a literally imagined being. Lastly, Figment is as playful and creative as can be, and while the original attraction saw him learning everything he could do with his imagination, the new one sees him imparting that knowledge onto his straight-laced foil (played by Monty Python alum Eric Idle).

Yes, the new Figment is a bit snarkier than the Figment of old and, yes, not having Dreamfinder around is a real drawback, but it's hard to deny the creative energy and eclectic styling present when Figment is around. He's a great character, and he's one that connects with kids. In a time when Disney seems to value synergy above all else, it's kind of refreshing that there's a character in a ride who hasn't yet been adapted into a feature film. That uniqueness and jovial attitude will always make Figment a beloved Disney character – and he makes the ride worth experiencing.

i have read so many articles about poor figment. Since a child he is my second fav charactor behind Mickey. I really wish disney would restore the ride to the orignal is was so cute!