5 Reasons Disney's "Worst Ever" Attraction is Better Than You Think 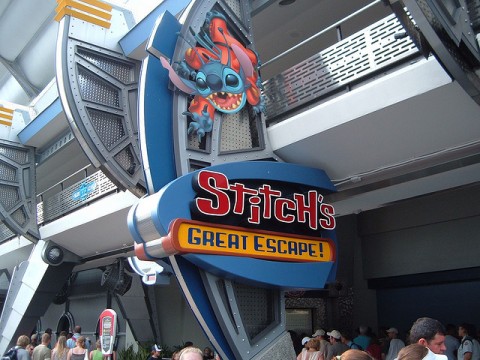 While we all love Walt Disney World, Disneyland, and pretty much all of the Disney Parks, in the fan community, there are things that it has become rather hip to hate. Yes, we celebrate the great things Disney is able to produce, but that doesn't mean we can't also point out its shortcomings. And, some of those shortcomings seem to be glaringly obvious and so, over time, it becomes accepted fact that somethings are just plain bad.

But, here's the thing: We've been spoiled by the brilliance of the best Disney attractions. Just because an attraction at Disney doesn't live up to the insanely high standards of things like the Haunted Mansion or Expedition Everest, that doesn't mean we can simply dismiss it out of hand.

Stitch's Great Escape at the Magic Kingdom is, by no means, a perfect attraction. But is it the categorical failure me and some of my fellow theme park writers (including on this very site) make it out to be? No, it is not. Over time, we've worked ourselves into a frenzy about this particular ride, and I think it's time to take step back and look at it with fresh eyes. For all its faults, Stitch's Great Escape is a better attraction than people like myself give it credit for being. Here are a few reasons why:

1. The way it opened was truly unique 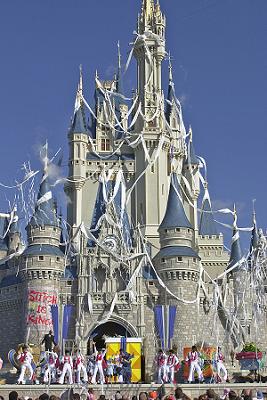 Great art requires tremendous risk, and Disney is at its best when it takes risks. Many of those risks end in hilarious failure, of course, but not all of them. And when something risky truly connects with guests, it can inspire people for generations to come. Look no further than Illuminations, Kilimanjaro Safaris, or even Epcot.

One of the craziest risks Disney ever took was when they celebrated the opening of Stitch's Great Escape at the Magic Kingdom … by TP-ing Cinderella Castle. And, if that wasn't enough, they even graffiti'd “Stitch is King” onto the front of the royal facade. It was, needless to say, surprising.

Cinderella Castle is one of the most photographed structures on Earth, and defacing it in such a way that indicated that a character was responsible for it is a level of subversive that Disney really has never tried to be. It brought home the idea that these parks are places where these characters congregate and interact, and it did so while violating the seemingly cardinal Magic Kingdom rule of separation of themes. Stitch, presumably, was marking Cinderella Castle as his own.

It's unlikely we'll see Disney try something like this again – if you were going to see the Magic Kingdom only once, would you want your photos of the castle to be covered in toilet paper? However, the risk they showed in trying this is both commendable and somewhat awe-inspiring. More of that, please, Disney!

2. It gives guests a chance to see Stitch 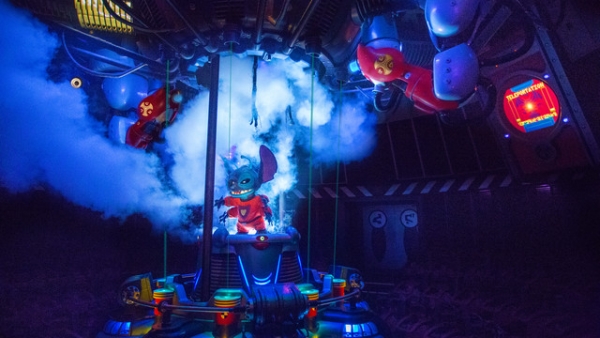 There's no such thing as a Disney Character Hall of Fame. Sure, I'd love it if I could visit a spot on Disney property and meet some of my favorite rare characters like Darkwing Duck, Roger Rabbit, or Robin Hood. But, the fact is, I can't.

However, if I want to see Stitch, even if he stopped having a meet-n-greet, I know I could see him by stopping by Stitch's Great Escape.

Until there is a Disney Character Hall of Fame, Disney's attractions serve much the same purpose. If a character really is beloved and special, they soon will find themselves as the star of their very own ride or show. And, for the most part, those tend to last for a while. It gives a legitimacy and a permanence to Stitch, as a character, and it acknowledges how much his fans really do love him. There's something to be said for that. If you're a fan of Stitch, you know you'll be able to see an attraction based on him – that's pretty cool.

I grew up in the 90s and early 2000s and Alien Encounter felt right at home in the edgier redesigned Tomorrowland. Tomorrowland to a young me was intimidating, it was dark, dangerous, and didn't have any licensed characters attached to the rides. It was like wandering into Mos Eisley. I imagine that a lot of folks who grew up with that Tomorrowland were sad to see that change.

Also, I LOVED Delta Dreamflight. It is one of the attractions that I most miss in the Magic Kingdom.

I have been to Disney World several times and i don't see how anyone could hate the ride. It's fun and maybe a bit uncomfortable at times, but it's Disney to the max. i heard that before it was super scary. This makes the ride fun for just about everyone by turning it into stitch. I love this one and anyone who says otherwise is an idiot.

You have finally met the person who says that this ride is their favorite. Being only 18 years old currently, I grew up with Stitch. I can remeber going to see the Original Lilo and Stitch at five years old in theaters and my life had changed that day. Stitch is my all time favorite Disney movie and this ride bring him to life. Sure he's in the parks at meet and greets, but what if I'm busy and can't meet him? What do I do then? I go ride my favorite ride happily and I'm so happy that you wrote this article. The first time I heard someone rip on Stitch's Great Escape, I started crying. It's my favorite. I rode the ride when I was 10 years old and my parents specifically made a trip to Disney World clear from PA so I could ride it. I will never forget these days or how much Stitch means to me. So yet again, thank you so much for posting this!

I couldn't agree more! Being 18, I remember the ride being advertised on Disney 411 or Disney 365 back in the day. I remember thinking "Wow that looks like fun!" and I also love Stitch. I bought a Stitch on my last Disney trip and almost bought Angel as well.

Finally a article which shows Stitch's great escape in a positive light. I have been on both Alien encounter and Stitch and I say I prefer Stitch!

This is on my list of "must rides" during a day in the park because a. It normally doesn't have a line and b. its got Stitch.

Thanks for a great article!