Though we're almost to February, it looks like things aren't slowing down at all at Walt Disney World, and Star Wars: Rise of the Resistance is as popular as ever at Disney's Hollywood Studios. Because of the continuing demand for this ride, as well as some increased technical difficulties in recent weeks, Disney has made some important policy changes to this attraction as well as Disney's Hollywood Studios that you may want to know about if you are going to attempt to try and experience this attraction in the near future!

Early 7:00 AM openings to continue into February 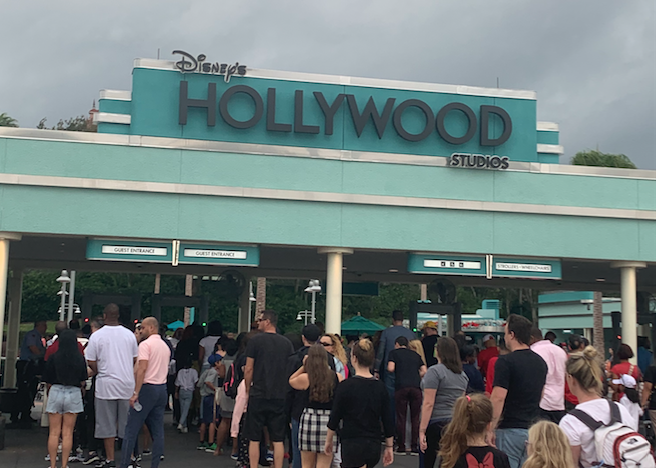 Disney's Hollywood studios has made several changes to its schedule in recent weeks, extending operations, cancelling morning Extra Magic Hours, and adding more evening Extra Magic Hours. And now its looking like the park's early openings will continue, as the park will now open at 7:00 AM from January 27 - 31 and February 1-2. Though the park's current calendar shows a return to 9:00 AM openings on February 3, we'd guess that these early openings will eventually be extended past this dates, as early morning crowds don't seem to be dwindling at all despite the "slow" season.

Increased downtime for Star Wars: Rise of the Resistance is causing delays for boarding groups

Though this attraction got off to a rough start, around the the holiday season we started seeing more stable operations at Star Wars: Rise of the Resistance, with most regular boarding groups being called before the early afternoon, and guests with backup groups able to experience the attraction before park close.

However, it looks like this ride has seen some technical setbacks in recent weeks, with the attraction opening 2-3 hours after park opening several days this past week, and experiencing frequent downtime even after opening, leading to long waits for guests in the park, and few (if any) backup boarding groups being called.

And though this downtime may just sound like a hassle, it has prompted some interesting changes to how Disney has been handling guests in the physical queue for this attraction as well.