Star Wars: Galaxy's Edge didn't exactly have a stellar start at Disneyland (or Disney's Hollywood Studios) earlier this year, and though there are plenty of possible explanations about why crowd levels were mild to moderate earlier this year, many wondered if this land was floundering because Star Wars franchise fatigue was starting to set in.

However, earier this week tickets for Star Wars: The Rise of Skywalker went on sale and in just 24 hours garnered more advance sales than any previous title in the series, showing that fan enthusiasm is still very high for Star Wars. Which is a very good sign, as it looks like Disney is making another big push this holiday season to try and get Star Wars fans excited about visiting Disney's Hollywood Studios after a bit of a floundered first attempt.

Star Tours gets another new destination for the opening of Star Wars: The Rise of Skywalker 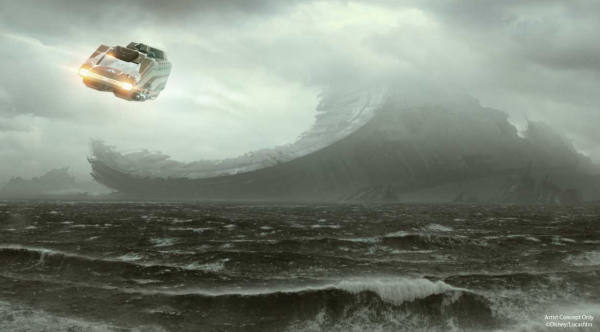 Just as they did for the premieres of Star Wars: The Force Awakens and Star Wars: The Last Jedi, Star Tours will be adding a new destination from the new Star Wars: The Rise of Skywalker film: Kef Bir. This ocean moon was featured in the recently-released trailer for this upcoming film, and though details are scarce at the moment about what exactly Star Tours'  visit to this new location will entail, Disney has released the above concept art showcasing this new location.

Though Star Tours isn't technically in Star Wars: Galaxy's Edge, the final sequence in this attraction "connects" it to this land (both at Disney's Hollywood Studios and Disneyland), and hopefully this new addition will bring Star Wars fans to the parks during the busy holiday season 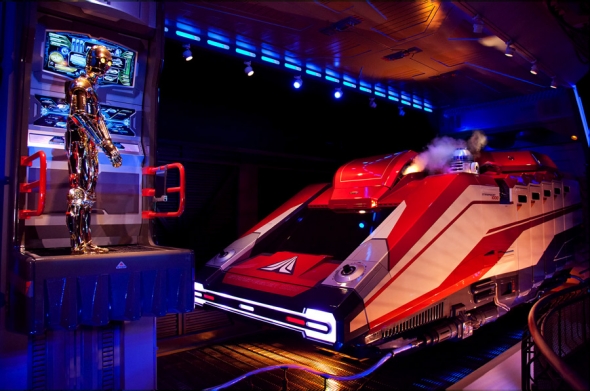 As in years past, we'd imagine that coordinates will once again be "locked" on Kef Bir this holiday season so that guests excited to see this new planet will be guaranteed to visit it when they ride Star Tours.