This past weekend saw the annual Star Wars: Celebration event take place in Chicago and though the biggest news out of the convention was the unveiling of the Star Wars: The Rise of Skywalker trailer, we were able to learn some interesting new tidbits about Star Wars: Galaxy's Edge, opening next month at Disneyland and this August at Disney's Hollywood Studios.

Yoda will be appearing in some form in this new land, and he'll sound just like you remember 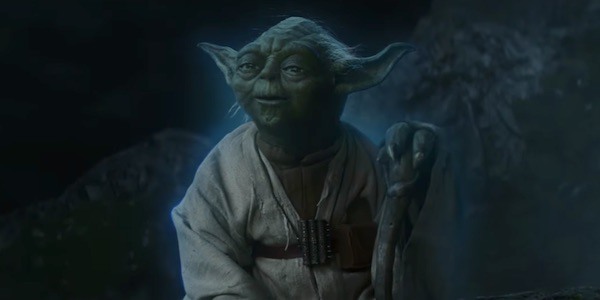 It was confirmed last week that fan-favorite character Yoda will appear somewhere in Star Wars: Galaxy's Edge (we don't know if this will be in an attraction, queue, or something completely different) and when fans encounter this character, they'll be hearing a very familiar voice as Frank Oz will be reprising his role as Yoda inside both Disneyland and Disney's Hollywood Studios. Though Yoda has been (Spoiler alert!) dead for some time, as we learned from the most recent Star Wars trailer, anything can come back, so hopefully we'll know more about how this character fits into the Black Spire Outpost soon. 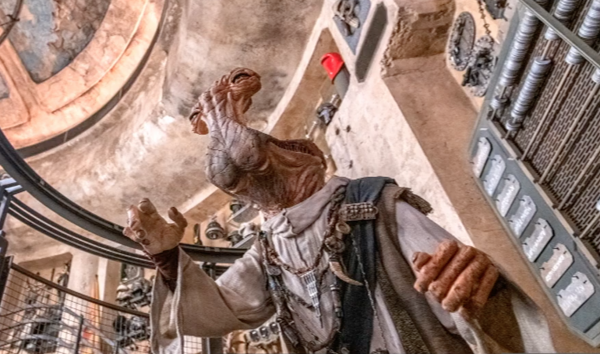 Though we already knew Star Wars: Galaxy's Edge will be home to some cutting edge animatronics, this past weekend Disney showed off the interactive Ithorianalien shopkeeper who will run the Dok-Ondar’s Den of Antiquities gift shop.

Interestingly, guests will have to communicate with the creature (and his human assistants) in order to haggle for items, bartering and negociating with this character before you can make a purchase.

And though there will be plenty of things for guests to buy, the walls and shelves in this shop will also contain relics that are Easter eggs and references to other movies and stories, including a familiar looking Wampa, that definitely won't be for sale.