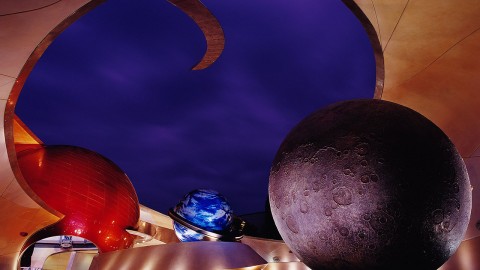 Look... not every ride can be a classic. If you've read any entries in our in-depth Declassified Disaster series, you know full well that the story of Disney Parks is one filled with collosal failures, unbelievable flops, and attractions that just turn out to be bad decisions born of a specific time, mindset, or leadership.

More often than not, the difference between a ride fans love and one they loathe is just what a ride replaced, what was lost from sketch to reality, or – worst of all – how it doesn't live up to fans' expectations. And frankly, there's just something interesting about things going wrong... It's interesting when an attraction fails to find the audience Disney's designers had hoped... and often, how they own up to the mistake by updating, changing, replacing, or outright closing projects that don't find their footing.

Today, we've collected seven of the "worst" Disney attractions of the century (so far) to share our thoughts on why these projects just didn't land. Now, granted, each was worked on by highly-skilled artists, designers, and writers whose work we don't discount... and it's important to remember that whatever your least favorite ride might be, millions upon millions of people love it, care about it, and have spectacular memories on it. So take our opinions for a grain of salt, and share your own 21st century disaster condenters in the comments below or when you share this feature with friends and family!

In the meantime, we'll start with a controversial choice... but at least give us the benefit of the doubt to hear why!

We know, we know... Putting Disney's brand new hundred-million-dollar E-Ticket on a list of the worst rides of the century isn't exactly a great way to earn your trust. But its inclusion here isn't meant to be clickbait, and putting it first really means it's the least bad. Frankly, Smugglers Run's main fault might be that it had more riding on it than Disney had planned. Ostensibly the "secondary" ride in the billion-dollar Galaxy's Edge expansion, the interactive gaming simulator was designed to complement the more extravagent Rise of the Resistance, but ended up being tossed into the spotlight when Rise's opening was delayed by nearly a year on both coasts.

Look, the fact of the matter is that whatever you thought Millennium Falcon: Smugglers Run would be, it's probably not what it turned out to be. While the opportunity to pilot the Millennium Falcon may be a dream come true for generations of film fans, it didn't translate quite the way many had hoped. Early marketing (above) showed families zipping along the sunlit spires of Batuu, diving into canyons and gleefully twisting through blue skies in a boundless, joyful, and spectacular bonding experience. And frankly, that's a ride we'd love to take!

In reality, guests are (by necessity, pandemic-excluded) grouped with strangers and assigned retroactively-created roles. Only two of each cabin's six get the enviable job of being "pilots," cleverly controlling the cab's horizontal and vertical motion, respectively. The other two thirds of riders are relegated to "engineers" and "gunners," which amount to mashing light-up buttons. While some folks adore the "next generation" of interactive ride and its gaming platform, many report being frustrated by the focus on gameplay... and worse, the reliance on (or pressure from) total strangers to shape your experience... Imagine waiting your whole life (and in an hour-long queue) to take the controls of the Falcon, only to have two six year olds assigned "pilot" roles with no idea what to do... or worse, to have strangers chiding you for failing to act quickly enough to fire a harpoon or avoid an obstacle.

What's more, the promised freewheeling flight around Batuu is no where to be seen. Instead, riders immediately make a lightspeed jump to a hazy, industrial, urban planet at dreary sunset smashing through traffic and slamming against buildings, made all the more disorienting and incoherent by the continuous flash of gunners' blue and red laser blasts filling riders' field of vision. And given the land's placement in the newer timeline of Disney's sequel trilogy, neither Han Solo nor Chewbacca is anywhere to be seen (without a little cheat code, at least), leaving the likeable but largely-unknown Hondo Onaka as the anchor character of the ride.

Millennium Falcon: Smugglers Run is by no means a failure. And if it had opened as the "secondary" attraction it was meant to be, maybe it would be more beloved by fans. But in terms of carrying the weight placed on its shoulders, it's clearly a bit of a stumble, and we wouldn't be surprised to see new missions (and old characters) added to the ride in the future... And honestly, in some alternate reality, Galaxy's Edge might have a peaceful Omnimover "scouting pod ride" through the forests of Batuu in its place, and that would be okay, too!

Yet another high profile project that just didn't quite meet expectations, the transformation of Disney California Adventure's Intamin launched looping coaster – California Screamin' – into the IP-friendly Incredicoaster was always an odd choice. Part of the "second wave" of transformation to park after (and seemingly undoing much of the purpose of) its 2012 relaunch, the transformation of Paradise Pier into Pixar Pier was one no one saw coming (and even fewer asked for) when it was announced at the 2017 D23 Expo. A land of contradictions, the "new" Pixar Pier doubled down on the elegant, enchanting, and gorgeous Victorian architecture that its predecessor's 2012 reimagining had begun... but then overlayed the land with mis-matched "neighborhoods" dedicated to high-earning Pixar franchises.

Stylized as a turn-of-the-century wooden coaster enveloping the curving boardwalk, California Screamin' and the entrance plaza to it were absorbed into Pixar's The Incredibles. A "neighborhood" of mid-century modern architecture in the midst of a Victorian pier sets the stage for a ride that's proudly filled with contradictions... For example, news footage in the ride's queue depicts the "live" ribbon cutting of the ride where the ever-teenage Violet reports how lame it is that they're just naming an old roller coaster in her family's honor, with Edna Mode explaining how hot synergy is right now.

It would be one thing if the Incredicoaster were a multi-media masterpiece, filling the coaster's old "scream tubes" with wraparound-LED screens, projection effects, lasers, or other sensational special effects. Instead, the mini-scenes are populated by static mannquins of the Incredibles team with absolutely no movement... not even inner-projected faces! While some of the scenes pass quickly enough to disguise the lack of kinetics, it's wildly apparent for most that Disney just didn't invest much in this project – which fits with rumors that Pixar Pier was a forced rush-job institgated by now-CEO Bob Chapek who wanted hot IPs in California Adventure and practically bet that Imagineering couldn't get the job done quickly and cheaply.

Yes, Imagineers managed to turn the formerly-bare-steel coaster into a "story coaster" (by sending guests racing around for baby Jack Jack, whose randomized powers see him shoot laser eyes, "go gooey," catch on fire, and multiply along the ride's course)... but the execution is so embarrassing that it's hard to believe the final product got approved. I mean, couldn't they at least have provided articulating faces for the characters? At least have the multiplied Jack Jack's cling to the coaster's structure in the final helix rather than be bolted to poles affixed to rooftops, not even rotating? The whole thing is just so bland, so flat, and so static, it feels like a bit of a downgrade were it not for the spectacular score of Michael Giacchino.

As Disney fans will tell you, Epcot has always been a work in progress. After its pursuit of its ideal self arguably peaked in the late '80s, the park has since been on a relatively steady decline in terms of its clarity and focus. Where once each of its pavilions featured an epic, educational dark ride through the history and future of industries, a new generation of piecemeal experiences has brought in characters, thrill rides, and mis-matched '80s throwbacks that lack the scale, beauty, and "brains" of the master-planned original project.

No ride is more emblematic of that shift than Mission: SPACE. Replacing the park's one-time thesis – the Lost Legend: Horizons – Mission: SPACE arrived in an era before Disney's IP-infatuation, but after its ambitious and extravagant Ride the Movies era. Touted as a new classic that would soon find its way to Tomorrowlands across the globe, Disney banked big on an ultra-intense and highly-technological thrill ride. Mission: SPACE utilizes centrifuge technology to place guests into four-person pods, subject to 2.5 Gs of force. And unlike a roller coaster where that more-than-doubling of a person's weight occurs only at the bottom of a hill before pulling out again, on Mission: SPACE, it's sustained, creating highs and lows of gravitational forces experienced on Earth solely by astronauts in training... and Mission: SPACE riders...

It's well known for causing issues as minor as motion sickness, and at least two riders have died after the experience – both related to pre-existing conditions. In 2006, two of the ride's four multi-million dollar centrifuges were essentially decomissioned and dedicated to a less-intense "Green Mission," axing the G-force and keeping just the motion-based movement... certainly not what Disney hoped from the $100 million ride. And on the larger scale, Mission: SPACE never became the anchor attraction Disney hoped and was never duplicated elsewhere. Quite the contrary, the ride is perhaps the dictionary definition of a "one and done" for many people thanks to its incredibly intense and physically trying experience.

In 2017, the "Green Mission" finally got its own custom ride video while the high-intensity "Orange Mission" got a refresh of its own. But altogether, Mission: SPACE probably represents the worst of the "new" Epcot and it's certainly one of the most frustrating Disney Rides of the 21st century if only because of the transformation it represents. And speaking of poorly received rides at EPCOT in the 21st century...

I agree with all of these (I'll have to trust you on the Studio Tour one). Millennium Falcon was a real let-down-- stressful and tense. I'd rather ride Star Tours any day. Your thoughts on Incredicoaster, Imagination, and Mission Space all ring true as well.

Good to have some feedback I don't know much about a few of them thanks for sharing.

I've never been so it's good information

I've never been so it's good information